David versus Goliath is a timeless matchup for a reason. Focusing on the smaller, weaker, and overall less extraordinary character gives us someone relatable to root for amidst all the overwhelming spectacle. In this tradition, EXTINCTION, the latest action title by Iron Galaxy, gives players control of a Sentinel named Avil, one of the humanity’s last guardians against a clan of terrible giants known as the Revali. These monstrosities storm through the world with only a single goal in mind: kill all humans. With civilization in turmoil, the only hope for survival is to wipe out these oversized threats.

Before going any further, it would be prudent to address the other giant in the room: from its opening moments, EXTINCTION takes heavily after Team Ico’s SHADOW OF THE COLOSSUS. The problem, though, is that the changes and additions the developers made to bring EXTINCTION into its own fail in providing any meaningful or enjoyable difference from the underdog struggle that Team Ico executed so well. EXTINCTION’s similar focus on fighting enormous foes paired with generic missions, on-the-nose exposition, and unresponsive controls leave the game dwarfed by the competition. If I stand perfectly still, maybe he won’t see me

Much of EXTINCTION’s promotional material tries to sell the power fantasy of destroying massive enemies through Avil’s blistering speed and acrobatic talents. After getting my hands on it, the reality is that EXTINCTION handles far too floaty and unreactive to ever convince the player that they’re ever in control. Basic movement is startlingly fast, yet it feels more like you’re sliding on ice than the paved streets and grassy knolls that comprise the world. Anytime you try to adjust course while sprinting through the expansive map, Avil will glide across the ground, and trying to slow down, turn, or otherwise react is as much of a struggle as downing the Revalii themselves.

Alone, this movement design is extremely irritating, but when paired with the slow and repetitive combat system, playing becomes a total chore. In addition to the giants, Avil faces mobs of goblin-like enemies known as Jackals, and each encounter boils down to standing in place and swinging your sword violently until their disproportionately large health bars have been depleted. The Jackal playbook consists entirely of charging at Avil, followed by standing stunned in place as he beats them to a pulp. If they fought together like a cohesive unit, or reacted in some dynamic way to being murdered, then maybe combat would have felt more alive. Sadly, as is, these battles are as dull as they are numerous. Additionally, EXTINCTION also makes the decision to assign the player missions of only three varieties: save the civilians, kill “x” amount of enemies, and defend the town for “x” amount of time. The only evolution that any of these objectives experience is a growing quantity and difficulty of enemies. Were any other objectives introduced as the game progressed, or any other degree of challenges offered, then maybe the game would feel more fulfilling to complete, but the end product feels more like filling out an ever-increasing checklist than an epic journey.

What’s more, a quarter of the time you spend in most levels won’t even be playing the game. Anytime EXTINCTION provides players with some of its simple story about a mysteriously powered hero overcoming a legion of baddies by his lonesome, the game pauses and subjects you to a mountain of text box dialogue exchanges between our infallible hero and his compatriots. With a lack of cinematics, lackluster performances by the voice cast, and the choice to halt all gameplay to deliver exposition, these jarring interludes truly feel their length, obliterating whatever kind of flow that existed prior to their inclusion. Uh . . . kudos to whatever goblin is making the armor for these behemoths?

Despite its other overwhelming flaws, one thing that EXTINCTION does well is style. The look of the game is vibrant and appealing, especially when fighting the enormous Revali. With the brutes being so central to the focus of the game, it was critically important to make felling these foul beasts feel satisfying, and despite all odds, it is. I didn’t expect murdering the gigantic ogres to be appealing based off of the other failings, but after decapitating my first, I understood a little bit better why the developers pushed forth in making the game despite its shortcomings.

EXTINCTION is a great concept backed by hollow moment-to-moment encounters. The developers built this game with the idea of making a fantasy hack and slash version of ATTACK ON TITAN, but failed to flesh out the experience any further than that. If ever there was an argument against the saying “it’s the thought that counts,” EXTINCTION is it. The gameplay, story, and overall design feel tacked together without any consideration towards cohesion, and as such, the $60 price tag is simply an outrageous request. 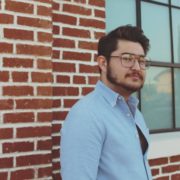