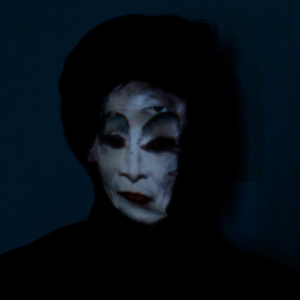 Favorite Tracks: All Of Them

I don’t say this lightly, but I believe Alex Zhang Hungtai is a genius. Almost a year ago, I reviewed his project Love Theme, a droning instrumental collaboration that certainly had tonal traces of his previous work as Dirty Beaches but captured a fiery looseness that made it a claustrophobic yet cinematic experience. DIVINE WEIGHT, his most recent solo record released under his own name, is yet another masterstroke from one of this generation’s most compelling auteurs, a cohesive collection of saxophone-centric pieces that has been “digitally disfigured” beyond the point of sonic recognition. The result, as noted in the liner notes, is something altogether dreamlike, less narratively driven than his last several works and pushed to a point of ethereal ecstasy. The 20-minute title track, in particular, is a continuously piercing white light, walking you slowly into a musical Zion with all the fear, excitement, and confusion that accompanies presumed interpretations of the afterlife. The organs capture something altogether sinister and spiritual, ringing out and reverberating like those played in a giant cathedral. With no better way to describe it, DIVINE WEIGHT floats, musky synths and hovering flutes accenting waves of beautiful static that leave you in a state of suspension. Sometimes those waves are a foggy haze of abstract vocal hums and other times, as on “This Is Not My Country,” they’re a slowly encroaching note that is constantly born and reborn. Hungtai continues to be one of the world’s greatest musicians, pushing the boundaries of cinematic ambiance in ways foreign, familiar, and fascinating. Give it a listen on Bandcamp. [CJ Simonson] 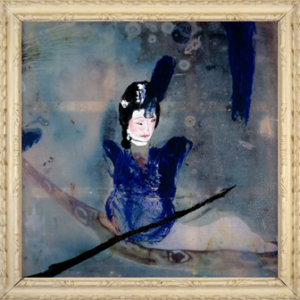 Favorite Tracks: “Battle of the Bowery,” “2AM at Veselka,” “Magic Gallery”

When they’re not busy collaborating with Supreme or partying with Kanye in Wyoming, New York City’s Onyx Collective makes the type of jazz I would imagine was bubbling up from beneath a subway grate in 1969 Harlem. 2017’s LOWER EAST SUITE PART ONE and PART TWO were blurry fever dreams rumored to have been recorded on an iPhone at the crew’s shows. PART THREE of the installation finds the group dialing in their sound, while still employing the same dirty bop Miles Davis pioneered in his releases between 1969 and 1972. Though it’s often disorienting, filthy, and seemingly druggy, there is an underlying chic to the Collective’s music, making it easy to understand why they’re releasing records through Supreme and Know Wave, as well as performing at streetwear shops in The City, like Only NY.

“Battle of the Bowery” scuttles along, hi-tuned tom toms, triplet saxophone chops, and chaotic upright bass crafting an ambience that sounds like the soundtrack to an inner city street fight like the one in WEST SIDE STORY. “2AM at Veselka” is the closest the group has come to putting out straight-ahead music. The ping of the swinging ride cymbal hints that the track could be a great introduction to Onyx Collective for listeners who haven’t yet gotten around to geeking out over THE SHAPE OF JAZZ TO COME or SPIRITUAL UNITY. PART THREE bills itself as Onyx Collective’s first composition-based release, but with the exception of “Veselka,” the LP retains the same improvised feel of their previous work. For those who favor standards to the avant garde, “2AM at Veselka” is a good place to start before delving into the group’s more difficult pieces. “Magic Gallery” (named for the gallery at which Onyx Collective recorded the album’s ten tracks) opens with a saxophone lick and scattered cymbal rolls that impressively conjure Coltrane’s “A Love Supreme, Pt. 1 – Acknowledgement.” The track may never erupt into the same spiritual blaze that makes A LOVE SUPREME such a masterpiece, but it is nonetheless shocking to hear a group so young sound so similar to one of America’s greatest musical treasures

I’m ashamed to say I haven’t yet seen Onyx Collective live, but based off of what I’ve heard from friends who have and this video on their website (which happens to feature a groovy cover of Phony Ppl’s “Why iii Love The Moon.”), it’s evident the group can’t be fully understood from their recordings alone. I hope that the remaining part of 2018 finds the Collective venturing further from New York, helping its fans nationwide better understand their artistry through live experience. Until that day comes, though, LOWER EAST SIDE SUITE PART THREE is the antithesis to Kamasi Washington’s West Coast-leaning HEAVEN AND EARTH. If you favor the concrete jungle left-field tendencies of jazz from the original 13 Colonies, Onyx Collective is the crew you have to check out in 2018. Listen to PART THREE on Bandcamp. [Ted Davis]

AGE OF by Oneohtrix Point Never