Favorite Tracks: “I Do (featuring SZA),” “Bodak Yellow,” “I Like That (with Bad Bunny and J Balvin)”

“This some real life fairy tale, Binderella shit,” the 25-year-old Bronx rapper Cardi B proclaims on “Best Life.” That specific line more or less serves as the rags-to-riches story she raps about on her debut album, INVASION OF PRIVACY, bringing up her stripping past, the options she had, and the decisions she made throughout her life that catapulted her to stardom on her astonishing and refreshing debut. The album is so utterly energetic and lived in—it’s hard not to find yourself cheering for Cardi B as you would be cheering for your favorite team in a crucial playoff game, her flow absolutely exhilarating. This album blew away the expectations of what a Cardi B record could sound like and make you feel. You could always feel an energy radiate through her music, but from the opening moments of “Get Up 10,” she presents a certain poise and professionalism, rapping bars like a seasoned vet who is far beyond their first record. She finishes every jab and line with such ferocity—it almost makes you jump in your seat as every word has an impact harder than anything she has ever released before.

It was back in June 2017 when Cardi B dropped “Bodak Yellow.” Although it doesn’t seem quite that long ago, the world has changed dramatically since then; we’ve been torn through by political dysfunction and have seen a slew of high profile sexual misconduct cases which have led to campaigns like the #MeToo movement, empowering women’s voice throughout the world. Just as she was reaching meteoric fame by remaining tried and true to who she was, Cardi B stood up for black women everywhere, telling them to embrace and love themselves for who they are. She is the loud, energetic, self-loving Bronx Binderella and no one was going to take that from her. She spoke with so much self confidence about everything—even things most of us would be self-conscious about.

In the opening track of INVASION OF PRIVACY, “Get Up 10,” Cardi puts her heart and life on the opening piano beat where she says, “I started speaking my mind and tripled my views / Real bitch, only thing fake is the boobs.” Never once stuttering in her voice, she spits with more authority than most rappers have the nerve to. The track itself is reminiscent of Meek Mills’ “Dreams and Nightmares”: by the time the beat switches and she can calm yet powerfully say, “I said I was just trynna’ to chill and make bangers,” you’ve been adequately introduced to her life up until the present.

One of the most impressive aspects of INVASION OF PRIVACY is just how much freedom she’s allowed to be herself, a freedom that has unfortunately not been awarded to that many female rappers that have reached this peak of stardom. No track on the album seems like it was shoehorned in by a studio or any outside party, and every decision feels precise and meaningful, from the excellent beat choices to the ordering of the songs. The transition from “Bodak Yellow” to “Be Carfeul” is an absolutely fascinating one. Both those songs are meant to do the same thing, existing as anthems where Cardi B is fed up with a situation and makes snarky remarks reminding the listener that she, at the end of the day, is the most powerful person in her story. But the songs themselves couldn’t sound any different. One is an absolute blow-your-speakers-out banger, while the other a much more-toned down, chilling-with-a-glass-of-wine at the end of the night kind of track. Both singles are successful because they conform around Cardi’s powerful and unique voice, giving these songs a vibrant and colorful life.

Cardi B exhibits so many different talents through INVASION OF PRIVACY. I can’t express to you how excited I would get when the beat would start for the next track, just so I could see where she would go with it. I don’t think I’ve ever tried to salsa dance before, but halfway through “I Like It” I felt like I’d been an expert all my life. Her usage of samples in that song and “Bickenhead” pays homage the greats, from everyone from Pete Rodriguez to Three 6 Mafia.

The guests on INVASION all come to collect as well, but they never once outshine Cardi B. The YG-assisted “She Bad” sounds like most YG songs, with typical DJ Mustard production, but then Cardi B starts rapping, and by the time she proposes a threesome with Chrissy Teigen and Rihanna, you might as well forget YG is on the track. The album culminates in the terrific finale, “I Do,” which features 2017 breakout SZA. Even with an equally strong personality such as SZA, Cardi just comes back even harder, never flinching and rising to the level and energy of her counterpart, dropping inspiring bar after inspiring bar before offering up one of the most memorable lines of the entire album: “Now I’m a boss I write my own name on the checks / Pussy so good I say my own name during sex!” Of course she does, why shouldn’t she? She’s a superstar in every aspect of life. For some listeners, INVASION OF PRIVACY will lead to the realization of Cardi B’s talent, but to others it will be a confirmation of her superstar status. Either way, the world, and especially the rap world, is a better place with Cardi B in it. 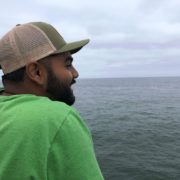 When to Use Profanity Most Fucking Effectively in Metal