That rush of adrenaline in the opening moments of “Kawasaki Backflip” hasn’t been felt in the various emo and punk communities that Dogleg were already an important fixture in since PUP dropped “DVP” or Joyce Manor “Constant Headache” a different lifetime ago. The sheer sonic magnitude of those drums coming in is hard to quantify, the fiery energy of the whole song cascading from a wall of noise into lead singer Alex Stoitsiadis calling to tear down those walls only seconds later unique in how unifying it feels—take one look at the hype around the Michigan band’s debut, MELEE, and you can tell this is something special.

Once the forward momentum on “Kawasaki Backflip” starts, it doesn’t stop for 35 minutes of unparalleled unity. While that inertia of course represents the years of hard work that it takes grinding and building a following in the underground, it more importantly sounds and feels like a celebration for those who have had “Star 67” on repeat, as pure a moment of DIY catharsis as you could hope for. The gang vocals on “Bueno” and “Fox” are the sweatiest moments of camaraderie in a mosh pit, yes, but they’re also a far more tender moment between fan and band.

That musical momentum is intense—when asked about what the most important component of a song was, Stoitsiadis told Kerrang! that it was tension. “Without tension there is no release, and there is no sense of importance to the parts that you’re hearing.” The tension is both natural and undeniable on MELEE, yet even with its euphoric moments of release—among the most memorable on a punk record in some time—it feels earned. As the already suffocating line “There’s no way out / I’m buried” plays us out of a melodic instrumental break on “Headfirst,” the drowning Stoitsiadis packs as much defeating emotion into delivering the song’s last repeated line as possible, chanting “Time will let you down” as the ship slowly sinks. That histrionic finale is justified, the song its own microcosm of the album’s constant ability to deliver on a strange, anxiety-ridden punk solidarity that’s indubitable.

But riding at the center of both the music of MELEE and the lyrics is this larger existential tension, a kind of internal conflict that far extends beyond the genre’s traditional themes of teenage angst and the follies of love. Dogleg couldn’t have possibly realized that their album would arrive at a moment when the world actually feels like it’s ending, a global health crisis leaving modern civilization in a paralyzing moment of genuine panic, but that MELEE feels like a release of so many crippling questions at once makes its emotional punch that much greater, each song its own ship waiting to sink capturing our final thoughts. Dogleg are asking us questions, and those questions capitulate us into buying that much further into needing release and catharsis—“I’m doing everything I can / the air is burning, the air we’re breathing / Is this just a dream, we’re still screaming no / they say no” (“Wartortle”), “What did you want to waste? / What did you want to learn? / Wow did you want to come back? Did you understand there was nothing for you anyway?” (“Wrist”), “Can never tell, was I good enough? I’m never good enough” (“Prom Hell”). The momentum of the album plunges deeper and deeper as it dives further into questioning our self-doubt about the world, about our community, about ourselves, and so when “Kawasaki Backflip” opens up that pit, or “Headfirst” peaks, or “Cannonball” devolves into a burn-it-down bro-hymn chant, you feel like you can breathe for a moment and feel less alone in these worries.

MELEE concludes with “Ender,” a six-minute oddyssey that feels like Dogleg flexing the album’s unifying existential punk rock wirewalk. The band pose one more question as they sink one more ship:

“It’s a long way down to the bottom, the end

This is going to be the end of me

When I’ll be watching, waiting out

Will you be waiting out now?”

And boy does that final line land like a ton of bricks as I sit here listening to it quarantined in my house: “Will you be waiting out now?” The answer, as Dogleg already knew when they wrote this months ago, is of course yes—what else are we expected to do in the world as we bide our time for it to end. And like the Titanic, the viola and violins are the last thing we hear in the distance, MELEE ending with a rare moment of respite. As trite as it is to conclude by saying that a band made an record for our current moment, by sheer circumstance Dogleg released an album that’s helping a lot of people with some difficult circumstances right now, and MELEE couldn’t be a more appropriate compendium for the end of the world. 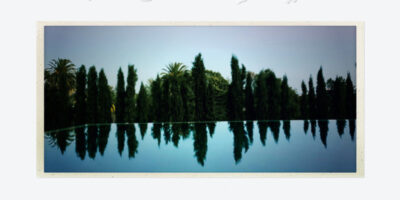 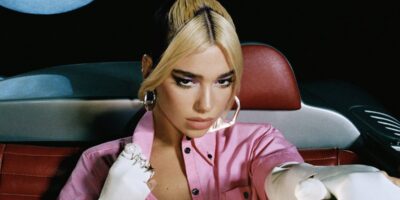 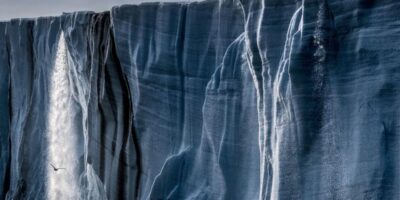 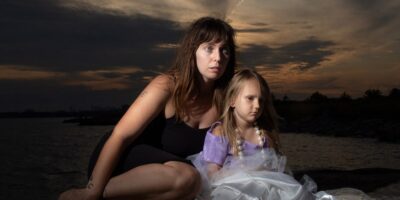 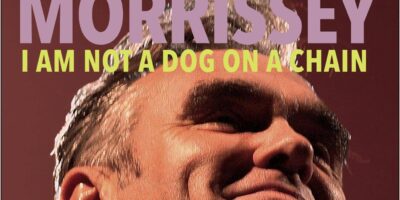 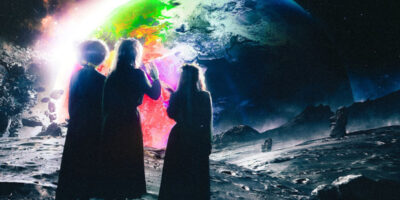