The 1975 – A BRIEF INQUIRY INTO ONLINE RELATIONSHIPS

The 1975 have been called just another boy band, pretentious, overly ambitious, and a few other things that they might actually be, but their most essential and defining quality is that they are confident and self-aware. Those two things are a killer combo, because it allows them to do whatever the hell they want and feel authentic—that’s what makes them captivating.

So when you hear a voice croon “Go down / Soft sound” through your speakers, you know you’re in an album made by the 1975. Unless of course you’re a fake fan, or new and just unaware that the first track of each of their albums is a revamped version of the same song. Through a song that is lyrically about oral sex—yes that kind of “go down”—the 1975 prove themselves to be about constant reinvention. That’s kind of ridiculous, isn’t it? Yes. But out of character for the band and what they proclaim themselves to be about? Absolutely not. The 1975 are one of the most exciting bands of the last decade because they allow themselves to be—whether people like it or not. They’ve been successful by giving themselves the freedom to create without conforming or being motivated by the boxes people try to put them in.

It’s a lofty goal to expect an album to adequately and succinctly explore the relationships people have to the internet and the bonds that we make there. A BRIEF INQUIRY INTO ONLINE RELATIONSHIPS, as an album title, is not as much of a promise as much as it is an idea. The album only loosely engages with the internet, and it’s honestly preferable that way. Whenever people promise to engage with the idea of the internet or technology, it almost always goes in the direction of that bit from THE SIMPSONS, “Old Man Yells At Cloud,” and sounds unreasonably pessimistic. On “Love It If We Made It” it would make sense to turn to pessimism, as it features a bunch of out-of-context quotes that reference the awful state our world is in. But instead we get a rallying battle cry filled with terror and desperate optimism. Each time frontman Matt Healy yells “I’d love it if we made it,” it feels like a push forward. Finally we’re allowed to bear witness to Healy growing up, healing, and trying to make some sense of the world’s chaos.

The lead single, “Give Yourself A Try,” properly sets the tone for the rest of the songs to come, declaring in its opening line, “You learn a couple things when you get to my age / Like friends don’t lie and it all tastes the same in the dark.” Prompted by the revelation that he had been lying to bandmates about being clean, Matt Healy spent some time in a rehab center in Barbados where he recovered from a heroin addiction before recording their latest album. He explores his addiction on “It’s Not Living (If It’s Not With You),” a track that at first glance or listen seems like it could be about a lover. What makes this song a standout single is not only how forthcoming Healy is being with the listener, but with how authentic the sound is to what most people know and expect of the band. It’s got ‘80s guitar and keyboards, a gospel choir doing backing vocals, and subject matter that makes you have to think twice about wanting to dance to it and a chorus you’ll have stuck in your head for weeks. “It’s Not Living (If It’s Not With You)” is more critical than previous songs he’s written about the drug, like “Medicine,” which many thought was about a lover until Healy took to Twitter to apologize for even remotely glamorizing his drug use.

The 1975’s image of authenticity isn’t just because of how vulnerable they are in their music, but also largely due in part to how much they appear to love and appreciate their fan base. See Healy dancing around with a bunch of fans in the “TOOTIMETOOTIMETOOTIME” music video for reference. In “I Couldn’t Be More In Love,” he faces the reality that one day he could be irrelevant. Despite being in love with the relationship he’s built with the fanbase, willing to give it his all, he’s aware that The 1975 could release a record that fans didn’t love, or do something to get “canceled,” and their fans would move on. You can sense the desperation in his voice as he yells out, “What about these feelings I got.”

The album’s closer, “I Always Want To Die (Sometimes),” sounds just as emo-inspired as the song’s title, calling the ear back to My Bloody Valentine and early Jimmy Eat World (“Goodbye Sky Harbor”), featuring Healy in a soft, yet strong, falsetto, backed by swelling guitars and early 2000s string arrangements. While the album starts with Healy declaring that he’s grown over the years in “Give Yourself A Try,” on “I Always Want To Die (Sometimes)” he admits to us that maybe some things never change. You never really reach full-on adulthood, you’re always “on a train” approaching it. Just as the more you talk about something, the less mystique there is attached to it, when Matty repeats “I always want to die sometimes,” it seems as though he’s trying to normalize the idea of dying. He makes it explicitly clear not to “buy concrete shoes,” but doesn’t stray away from the fact that he thinks of dying as well.

In some ways, A BRIEF INQUIRY INTO ONLINE RELATIONSHIPS is the 1975’s bildungsroman. They grapple with addiction, relationships, and the internet to learn how to function as a part of whatever life is in 2018. The uniting element becomes how cinematic a lot of the songs sound. Even the softer, sleepier songs, like “Be My Mistake” and “Mine,” have a sense of grandeur to them. It’s possible that facing things in such as a chaotic world with corrupt politicians, an opioid crisis, mass shootings, police brutality, the prison industrial complex, a major refugee crisis, and global warming has made the 1975 reconsider their place in the world and their role as musicians and as people. Yet being that these are all adult men who, in the traditional sense, have come of age long ago, this album emphasizes more than a traditional bildungsroman that there’s always room for growth, especially when things around you are constantly changing or are on fire. 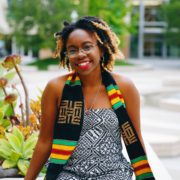 What Happened to the Travel Channel?