If this year has taught me anything, it’s that media catering to my niche thematic taste should always be taken with a grain of salt. That way, when said media inevitably disappoints and fails to live up to expectations, the resulting feelings of inadequacy will closer resemble a minor slight than a grievous wound. It might be a bit dramatic, but this sentiment perfectly captures the feelings that linger after completing Cyanide’s CALL OF CTHULHU, especially if you are a fan of the material that inspired it.

What particularly stings about going through the ringer is that I really wanted to like the game, despite its flaws. This game had been in development for well over three years, and obviously pulls from other Lovecraftian material (namely the other CALL OF CTHULHU game), as well as heavily from the tabletop RPG. Too few are titles that actually manage to embody the je ne sais quoi of H.P. Lovecraft’s eldritch mythos, evoking themes of inquellable machinations far beyond our understanding. And too many are the ones that think just slapping on the Lovecraft label and some tentacle-laden imagery is enough to call it a day. CALL OF CTHULHU frustratingly teeters on the latter, falling just short of putting the minimum effort into what it presumes to be. 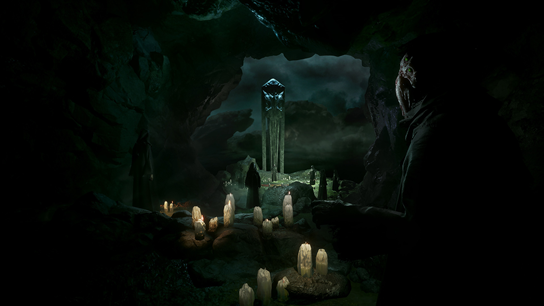 Credit where it’s due: CALL OF CTHULU’s first half is by far the strongest component of the entire experience, hiding many of the game’s failings behind a degree of competence. Thematically, it strikes a chord in portraying the experience I desperately wanted to be immersed in: slow burn, old-world macabre, and a drive towards forbidden knowledge. Player character Edward Pierce, a neurotic private investigator charged with looking into several deaths on the aptly-named Darkwater Island, is a shoe-in for your typical Lovecraftian lead, and somehow manages to become more relatable once the madness commences.

The obligatory sanity system gets kudos by presenting some interesting surreality to otherwise bland encounters, limiting your ability to choose rational decisions in dialogue, as well as slowly seeping in hallucinations that may hint towards a much more sinister end for the story. And even some of the level design demonstrates the cerebral appeal of the genre. In particular, the level involving Pierce’s stint trapped between a normal and nightmare-reality version of an insane asylum, and pushing players to escape both by traversing between the two, provide players with  chills indicative of the genre and the chance to exercise their ingenuity (if only briefly). 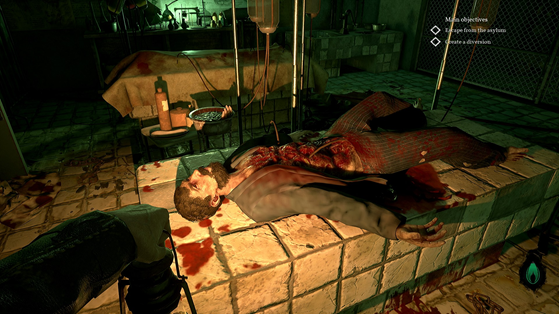 Evisceration therapy was very “in” during the 1920s

However, what joy that exists in briefly-realized glimpses of Lovecraftian furor is soured by some sorely underdeveloped mechanics. Lifting from its tabletop RPG predecessor, the game allows the player to level up Pierce’s attributes via accumulated character points, with each attribute supposedly allowing for new means of interacting with the characters or the environment. Some developments, such as making Pierce more eloquent or have a stronger understanding of psychology, may potentially net him better results in siphoning information out of the island’s residents, or allow him to better piece together evidence.

Yet many of these attributes, diverse though they may be, seem completely perfunctory in their inclusion, offering nothing to the player but to say, “Hey, we exist.” Raising your Strength stat may help you defend yourself in a fight or move heavy objects more easily, but what good is investment if there’s a grand total of one fight (a late game shoot-out, no less) and a generous three instances where your strength “matters” to unlock an alternative path? The vast majority of the elements presented, even ones that seem like they may offer a dip into some tasty lore or offer a unique way to unfold the story, feel worthless when you realize the extreme linearity of the experience makes what you choose to invest in a moot point. 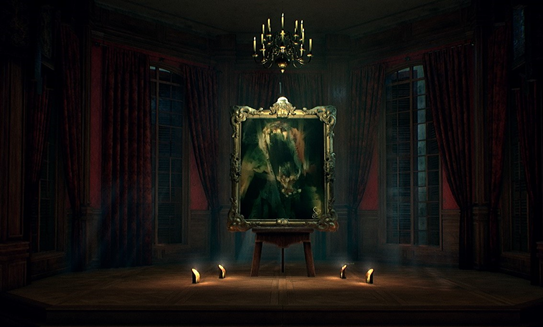 If only I invested in my ‘Art Appreciation’ tree . . .

Yet more egregious in CALL OF CTHULHU are some of the more fundamental gameplay mechanics. Despite representing a mythos whose main draw aside from nightmarish imagery is mystery and intrigue, the portions of the game involving detective work, puzzle-solving, and critical thought invariably feel lackluster. These segments run the gamut of game design faux pas, from mindlessly clicking every glowing object in a room, to frustrating escapes from eldritch abominations whose solutions boil down to repeated trial-and-error. This, in conjunction with clunkily-implemented stealth sequences and a tired “This will change your destiny” motif make the whole experience feel shoddily mish-mashed together from disparate sources.

It is truly disheartening to consider the potential that lay dormant within CALL OF CTHULHU, especially when the game occasionally displays at least some understanding of what makes its source material iconic. But occasional brilliance does not beset rampant mediocrity, no matter how badly one may wish that was the case. Perhaps this one should just be left to slumber in the shadowy depths.

11 Insane Gamer Grooves That Will Annihilate Your Jorts