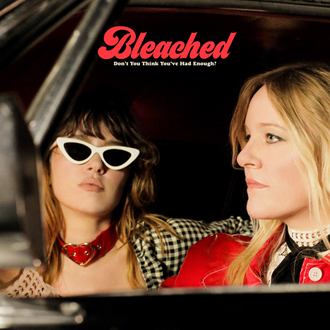 My clearest recollection of Bleached, if we’re being frank, was as a mediocre post-Wavves/Best Coast California summer rock band whose lo-fi phase lacked the same charm and whose similar over-produced moments were bland as hell. A one-note jangly surfer sister duo, the music was too tasteless to be on Burger Records but in line enough play the label’s Burgerama festival. And trust me, I went to those various Southern California festivals and saw Bleached play and it was competent—fun even—but utterly forgettable. But after two records of the same old same old, I’m not sure I really needed or expected more (I already had the very good track “Dead in Your Head,” what else would I need).

So when I got a press release for this record that read “I think anyone who knows their past material will agree (DON’T YOU THINK YOU’VE HAD ENOUGH) is a HUGE step up for the band,” I was kind of taken aback—even offended on behalf of the band. While I know I kind of shit on the band’s previous work in the previous paragraph, I also don’t work for the band, so getting a piece of promotional material pitching me on a record that is apparently knowingly dismissive of their other work is, well… it’s a move. And it’s a move that worked in so much as I listened to DON’T YOU THINK YOU’VE HAD ENOUGH several times and do agree that this is, if not a huge one, certainly a step up for the band. Sometimes it’s a very listenable glitzy soft rock, like Haim but less focused on nailing giant shmaltzy choruses, and sometimes it’s zetsy pop rock rippers like the passable Ex Hex’ish “Rebound City.” And sometimes it’s just a slightly better version of what they were doing before—a version of “Valley to LA” that digs more into their blander noise pop beginnings existed, I’m sure, but the doo-wop twang makes the track a refreshing (if odd) outlier. Stuff like “Awkward Phase” or “Shitty Ballet” or opener “Heartbeat Away” are pretty forgettable, but the straight hand-clapping pop of “Daydream” or the shimmery funk of standout “Somebody Dial 911” are the work of a band focused on retooling their simple toolbox for the better, and it works! “Somebody dial 911 before I fall in love / I always fall in love / Somebody dial 911 / We better hide the drugs / I think we’ve had enough” is such an over-the-top chorus it feels like the kind of thing Hugh Grant would’ve thought to write as an ‘80s new wave chorus in the underappreciated masterpiece MUSIC AND LYRICS, and yet it is easily one of the most fun songs I’ve heard all summer. It’s the kind of delightfully dumb song that makes me wonder if maybe all along the band needed to write even dumber songs to tap into some kind of urgent, primitive pop place. Is the lesson here to throw your clients’ past work under the bus? Can’t say it is, as that seems like a move that won’t work forever. But DON’T YOU THINK YOU’VE HAD ENOUGH is certainly the band’s best work, for whatever that’s worth, and has plenty of fun, cheap highlights worth checking out. [CJ Simonson] 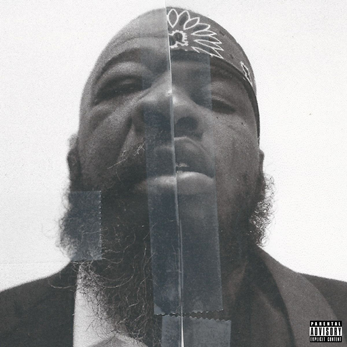 It always takes me a minute with Maxo Kream. I certainly walked away when all was said and done finding more to enjoy about his last release, 2018’s PUNKEN, than our dear Editor-in-Chief, but admittedly the shine from #MAXO187 had faded substantially, leaving me to wonder even with a solid foundation where he could possibly go that didn’t feel like a retread of either his own work or those doing it at a higher quality in the mainstream. BRANDON BANKS, unfortunately, leads to more questions than answers, proving both Kream’s skills as a poet and storyteller while failing to deliver on the promise of something grander. It features wasted and likely expensive guest verses (Travis Scott, Megan Thee Stallion, ScHoolboy Q, among others) on a compelling father-son narrative that fascinates as a consistent framing device for a major-label debut. But, as was true for sections of PUNKEN, the highs are rarely sustainable. Kream himself never quite grabs your ear like he did so successfully early in his career; in both his vocals, his rhymes, and his deliveries, you can hear the smooth intelligentsia of Big Boi, the gangsta poetry of the aforementioned ScHoolboy Q (who guests on “3 AM”), or even the chest-pounding bluster of Rick Ross, and yet he feels restrained, neither playing it overly cool nor excitedly manic when we know he can tap into both with intensity. And Kream’s ability to frame the record around his own relationship with his Nigerian father, who was frequently in and out of prison and represents an interesting subject of the immigrant story and clearly shaped a lot of the stories Kream has risen to fame telling, absolutely works, but the songs here lack sustained punch or panashe. The trap beats are, in a word, generic, dime-a-dozen riffs that lack a kind of expected vision. On the album’s best stretch, he pops off on “Murda Blocc,” matching a perfectly cast A$AP Ferg (his most fun appearance recently), gives an aces pop performance bouncing around the album’s best beat on “Pray 2 The Dope,” and sticks the emotional landing on the Tupac-inspired baby mama tale “Brenda,” which posits the fear that “Brenda scared to have a son ’cause he might turn out like his father.” While I would again posit there’s a lot to like on BRANDON BANKS, there’s nothing here as indulgent or visceral or hungry as “Thirteen” on #MAXO187. [CJ Simonson] 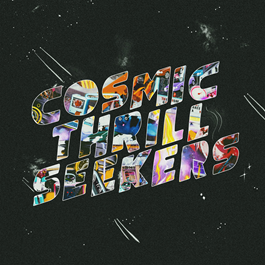 Favorite Tracks: “I Lost My Life,” “The Prototype of the Ultimate Lifeform,” “C’mon & Smoke Me Up,” “Klonopin”

I probably respect COSMIC THRILL SEEKERS a bit more than I like it, even though I do like it quite a bit. The standard line of copy goes that Prince Daddy frontman Kory Gregory lists Green Day, My Chemical Romance, and Titus Andronicus as some of the best and most influential bands modern memory has produced, and like a handful of journos before me, I’m tossing my hat in the ring confirming that that statement makes perfect sense as soon as the first few tracks run their course. A rock opera tackling the cyclical nature of struggling with mental health, structured loosely around the characters of THE WIZARD OF OZ, anything else you might think about the band and its music almost deserves to be overshadowed by the fact that it’s pretty freakin’ cool that this thoughtful and ambitious of a second album came from an Albany emo act named Prince Daddy and the Hyena. In the same general vein of Mom Jeans. and Michael Cera Palin in whatever wave you want to call modern emo’s increasing cohabitation with pop punk and power pop, the chords are crunchy, the lyrics are consistently anthemic, and the feelings are visceral and unrestrained (“Someone get fucked up / With me in the daytime / Time is fucking stuck / Laughing at me and my / Stupid fucking life”). However, COSMIC THRILL SEEKERS’ sense of scope and careful construction easily place it a step above its innumerable peers in the Bandcamp genre tags, touches of prog, squalling and insistent guitar passages, acoustic interludes, and the horns you know and love continually surprising the listener and keeping us invested in the narrative unfolding before us. While Gergory’s throat-razing vocals may provide a certain barrier of entry for genre newcomers, it ultimately increases the emotional heft of the experience. It’s the rare rock opera that could be played without recompense at a basement show on the east coast, and Prince Daddy and the Hyena have done something important here. [Thomas Seraydarian]

It’s the End of the World and We Know It: The 1975 and Framing Fatalistic Art