Oh Sees (who have recently dropped “Thee” from their name) remain one of the busiest, most consistent and blistering bands working today, full stop. The group’s output, fronted by founder John Dwyer, stands at a gargantuan 19 studio albums spread over 20 years. Henry Rollins called the amount of music Dwyer has released “intimidating” and of “all good” quality. It’s a wonder that Oh Sees has managed to remain relevant, invigorating, and replete with experimentation this late in the game. With their newest album, ORC, they have managed to continue that trend with style to spare.

Oh Sees have always had a penchant for head-spinning, rift-tearing psychedelic sound explosions, with tongue firmly in cheek. Nowhere is this more prevalent on ORC than on the bombastic opening track, “The Static God.” The screeching, skittering guitar shredding and Dwyer’s cartoon villain vocals form a jarring and exhilarating introduction to an album packed with rich sonic equivalents and stark thematic detours.

In a similar vein, “Animated Violence” ranks as one of Oh Sees’ most heaving and muscular songs to date. The track is anchored by strikingly low and guttural vocals, which sound as if they could be uttered by the album’s titular mythical creature, and ascendant guitar riffs. It’s some of the most gruff, yet playful, pop the band has produced in recent memory.

Deeper in the maw of ORC, Oh Sees begin to flex their creative experimentation, subverting usual expectations of their rough and rending style, as they did to occasionally uneven results on last year’s AN ODD ENTRANCES. “Keys to the Castle” starts off as one would expect: bouncing guitars and impish vocals, but steadily and smoothly transitioning into another beast entirely. Rumbling synths give way to a sweeping string section and assured drum taps. The track clocks in at a beefy eight minutes, serving as a patient respite to acclimate the listener to the strange journey ahead.

This burgeoning contrast of styles and feelings is the apex at which ORC truly starts to mesh into a cohesive whole. “Cadaver Dog” serves as one of the project’s best marriages of icy contemplation with fiery refrains. The song’s slow, chilly keyboard notes matched with the rippling, upward-facing guitar scratches complement each other in beautiful form. In similar form, “Drowned Beast,” a slow burner smeared with whisper-quiet, siren-like vocals from Dwyer, stands as one of ORC’s more compelling forays into and creeping song structures. The wealth of different styles and characters Dwyer is able to summon up with the contortions and coos of his voice show a staggering breadth of imagination and devoted practice to his craft.

However, ORC’s attempts at less bombastic interludes than “Keys to the Castle” often feel half-formed. “Paranoise” opposes white noise hisses with jovial guitar plucks. Eerie mood pieces are appreciated, but the fairly thin execution works better in concept when standing shoulder-to-shoulder among such strong material elsewhere. Similarly, “Cooling Tower” acts as a continued instrumental palette cleanser. Its light-hearted vocal chants and steady synths add up to a pleasant listen, but don’t add much in the way of compelling ideas.

At the same time, ORC ultimately proves itself capable of gripping attention with skeletal structure when backed by engaging ideas by means of the closer, “Raw Optics.” It’s a surprising moment, to be sure. The song holds a heavy focus on a singular skillful drum solo, marching along gracefully until the track’s closing seconds. It’s an intimately lively and appropriately minimalist ending to an album that began with such extreme foot-through-the-door gusto.

Oh Sees are a runaway train at this point. Considering the fact that John Dwyer has managed to steer a vehicle of such rapid-fire releases with such a careful hand, it can boggle one’s mind to imagine the work ethic attached to the man. He and his bandmates have done it once again on ORC, a record that brings out the best of Oh Sees’ scorched earth melodies while still plummeting itself into rewarding, unknown territories. 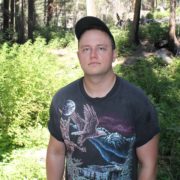 Connor Duffey
Connor Duffey is a culture critic and sensitive guy living in Los Angeles. He is fun, flirty, and a great listener. 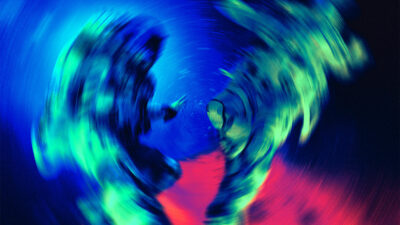