REPUTATION is an album that requires a preamble—to fully Get It, you have to be at least familiar with Taylor Swift’s feuds with The Kardashian-Wests (a feud which will henceforth be known as the “Big Feud”) and Katy Perry (although at this point it’s more The Kardashian-Wests, she already destroyed Perry by re-releasing her back catalog to Spotify the same day that Perry’s album WITNESS dropped). At least three songs are in direct reference to a feud, while the rest of the album (including the title) deals with the incongruities between her public and private self.

REPUTATION is purely about Taylor Swift. While past albums like RED and FEARLESS focus primarily on her relationships and those who have hurt her, REPUTATION is about her role in everything, from her relationship with Joe Alwyn to the Big Feud to whatever the fuck happened with Tom Hiddleston. She’s not necessarily taking responsibility, but she’s using each song as an opportunity to explore a different side of herself. “Delicate” is particularly self involved, opening with the lines, “This ain’t for the best, my reputation’s never been worse so he must like me for me.” She continues with the chorus, repeating, “is it cool that I said all that? Is it cool that you’re in my head?” The song offers a different side to the New Taylor™: a self-conscious girl whose reputation has defined every relationship she’s had over the past 10 years. In the past she’s had to worry that people wanted to date her for a greater level of exposure, but something changed with her “relationship” with Hiddleston: no one believed it was real. Everyone considered it a ploy to get her name detached from Calvin Harris, and Hiddleston’s name is in the running for the next James Bond. This highly public relationship was put under even more scrutiny when Kardashian-West exposed Swift as a liar—suddenly there was no end to the lies Swift may have told, and the thing with Hiddleston could only be explained as yet another.

Swift addresses the Big Feud directly across three songs, beginning with “I Did Something Bad,” a celebration of being a Bad Bitch™. The song reaches a rousing conclusion with the clunky refrain, “they’re burning all the witches even if you aren’t one,” the first of many refusals to take responsibility for all that’s happened. Halfway through the album comes “Look What You Made Me Do,” the vindictive first single from the album and still an out-of-place nightmare. It’s a bop, don’t get me wrong, but everything about it is just reprehensible. Once again, she refuses to take any responsibility, and the closest she comes to it is noting that “maybe I got mine,” but she spends the entire rest of the song accusing her rivals of playing “little games,” lying, and pulling off a “perfect crime.” It appears she believes she’s been tricked, a theme that arises in the finale of the Revenge Trilogy, “This Is Why We Can’t Have Nice Things.” Swift declares that the root of the problem here is that, “friends don’t try to trick you, get you on the phone and mind-twist you,” reinforcing that she believes she was bamboozled by the crafty Kim and Kanye, when in reality she completely mishandled some bad PR. This raises questions about Swift’s intentions with this record: if she’s not here to admit her own involvement in this ridiculous “feud,” what is she here to do?

But beyond the Revenge Trilogy are some true album highlights. Swift has a million songs about crushes, but “Gorgeous” is her most relatable stream of consciousness about it (who hasn’t thought, “I feel like I might sink and drown and die” when they so much as make eye contact with a cute waiter), and “Don’t Blame Me” is a worthy Hozier knock-off that would work as a perfect act one closer for a GONE GIRL musical (copyright Aya Lehman 2017). “This Is Why We Can’t Have Nice Things,” although a bit cheesy, is the most Taylor Swift™ of the album, thematically following 2006’s “Picture To Burn,” 2008’s “Better Than Revenge,” and, most obviously, 2012’s “We Are Never Ever Getting Back Together.” It’s anthemic, it’s petty, and it’s hella fun.

The best song on the album, by far, is “Getaway Car.” This is an example of not only a perfect pop song, but a perfect Taylor Swift song, quickly joining the ranks of niche favorites like “Sparks Fly” and “Holy Ground.” Swift’s greatest talent is her ability to set a scene with lyrics alone and “Getaway Car” places her in a modern-day BONNIE & CLYDE, featuring Hiddleston as her Clyde, with references to their meet-cute at the Met Gala and her toxic relationship with Calvin Harris. In theme with the whole of REPUTATION, Swift refuses to take the blame here: she tells Hiddleston “don’t pretend it’s such a mystery” as to why they broke up, admitting to being unsubtle in her lack of commitment to their “relationship.” Swift’s greatest ally on the better half of REPUTATION is Jack Antonoff, whose influence is palpable on “Getaway Car,” making it the perfect blend of classic and modern Taylor Swift music.

The album wraps with “Call It What You Want” and “New Year’s Day,” two lovely, bona fide love songs. It’s no surprise that Swift has developed a more refined perspective on love, having “spent her whole life trying to put it into words” (“You Are In Love”). While she spends most of REPUTATION swooning over Alwyn’s British accent and “ocean blue eyes,” these final songs take a cue from “Delicate” by dropping the ego and admitting some kind of defeat. She says her final Fuck You on “This Is Why We Can’t Have Nice Things” and makes her way to the thesis statement. The conceit of REPUTATION is that you think you know Taylor Swift. She begins by serving you this version of herself that isn’t real, a serpentine bitch who breaks hearts in search of a fight. She constantly sings of her “big reputation” in an attempt to convince us that she’s owning it. The conclusion of the album proves that she’s not: This new Swift is a little broken. She’s afraid that her reputation will ruin something good with Alwyn, she’s been abandoned by her fairweather friends, and she has no way of knowing what’s next. But it doesn’t matter because Alwyn doesn’t give a shit about her reputation. He’ll be there if she’s the toast of the town, or if she strikes out and she’s crawling home.

So what has she learned here? If this album is a journey of introspection, is her conclusion that as long as someone loves you despite what everyone else says, all the mistakes you’ve made just go away? Is her love with Alwyn so unconditional that she hasn’t actually learned anything, just found someone to validate her and all her questionable choices? No matter how raw “New Year’s Day” is, the thesis statement of REPUTATION is superficial and ignorant. At this point she’s just as distracted by her reputations as she claims everyone else is. But why should we be surprised? She felt bullied by a journalist who wrote a negative review of her performance with Stevie Nicks at the Grammy’s, so she wrote a song calling him “a liar, and pathetic, and alone in life and mean.” Here’s the real tea: she was pitchy, like she ALWAYS IS. Joe Jonas dumped her for Camilla Belle and she deadass wrote a song just to call Belle a whore! The “New Taylor” is a front, and while her sound may have changed, that’s as far as it goes.

Half of REPUTATION is really good and half of it sounds like knock-offs of other artists. “So It Goes…” is Halsey, “Dancing With Our Hands Tied” is Ellie Goulding, “Dress” is Tove Lo. “End Game” is an abomination, neither Swift nor Ed Sheeran should ever rap (or whatever she’s doing on “…Ready For It”). But the weaker songs are well cushioned by greats like “Getaway Car,” “Call It What You Want,” and “Don’t Blame Me.” I’ve been listening to Swift for almost 10 years now and no matter how I feel about her persona, I continue to have faith in her skills as a musician. REPUTATION feels weighed down by her ego—each album she’s produced has felt like a natural follow-up to her previous work, and while many were surprised by the completely pop-influenced 1989, it became clear that the sound was the natural progression from the perfectly balanced, underrated RED. With REPUTATION, Swift is too caught up in her feuds and the drama to succinctly cut to the feeling, which in the past has always been her greatest strength. If you’re seeking excellent pop music, REPUTATION is not the bops you are looking for. Carly Rae Jepsen’s EM•O•TION now available on iTunes. 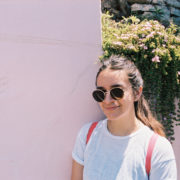 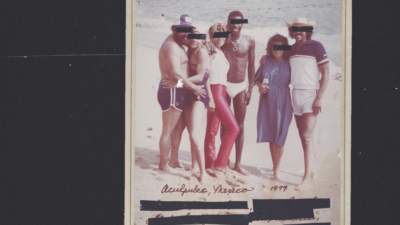 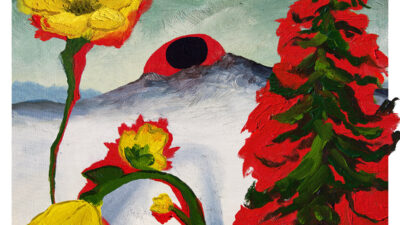 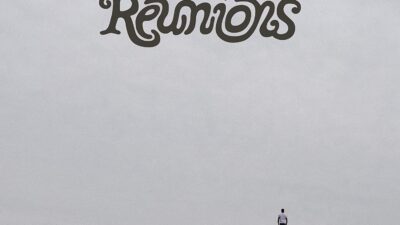 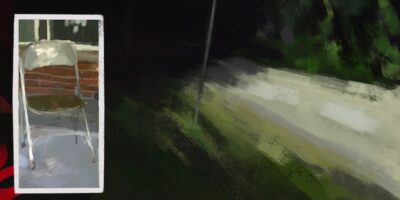 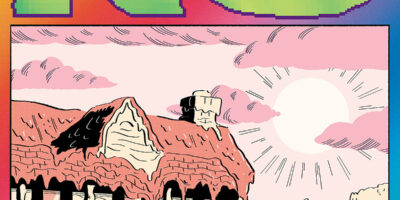 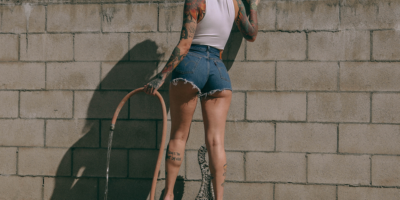