The smartphone has existed in our daily lives for roughly a decade. Addicted is the word that comes to mind whenever we consider the extent to which humans now use this technological marvel. Communication has never been easier, and the world’s knowledge is just a pocket-grab away. But even with all this potential to create and discover, we’re still inspired to find a video game to kill some time.

Released earlier this month, SOUTHPARK: PHONE DESTROYER is a card-based strategic mobile tower defense simulator for both iOS and Android phones. If you haven’t been living under a rock for the past two decades, odds are you probably have heard of or watched the adult cartoon series it’s based on. But for those who aren’t aware, the show follows the daily routines of the children and residents of South Park, Colorado, tackling a variety of current cultural and contemporary issues, portraying them through crude and satirical humor.

The South Park franchise is no stranger to video games, and after the successful release of their console and PC game, SOUTH PARK: THE STICK OF TRUTH, and the recent SOUTH PARK: FRACTURED BUT WHOLE, their newest venture sets them off into the mobile game market with a free-to-play installment. Anything seems to go down on the battlefield down in South Park, Colorado

Despite being a free-to-play phone game, PHONE DESTROYER actually contains a story, and just like the show, it’s full of tongue-in-cheek humor. The game takes off sometime after the recent games in the franchise, with all the kids from South Park sick and tired of playing their fantasy games (STICK OF TRUTH), arguing what other role-playing game they can play next. Cartman, being the big bully he is, decides on Cowboys and Indians, and calls you, the new kid, (your phone actually does buzz and ring when he calls), inviting you to come over and play. However, by the time you get your character customized and dressed up, some of the kids, in protest of Cartman’s rash game choosing, start bending the rules of the scenario by introducing in eskimos, aliens, robots and various other character classes into the Cowboys and Indians scenario.

The visuals are very similar to the other South Park console games, trying to emulate the look of the TV show and making you feel as if you were in some control over an episode. However, unlike the other games, this one focuses more on the mobile phone game market, with details like having your character constantly looking at their phone, or hiding the quick menu as a phone screen with the different options represented as apps. One big difference with the console titles is that exploration isn’t part of this game and doesn’t allow you to feel as immersed in the world of the show as the other games do. SOUTH PARK: PD focuses more on a linear level path system in the single player mode, keeping it in arena for multiplayer. Sheriff Cartman is the law, you respect his authorita!

The gameplay consists of a combination of classic trading card game elements with a dash of tower defense gameplay similar to PLANTS VS. ZOMBIES. After customizing your character you are assigned a deck of cards. Each card in your deck can represent a certain power, such as fire blast, or a character from the show sporting a costume respecting the genre of game they were planning on playing as. An example of one of the first cards you get is the Sheriff Cartman card, which may unlock the Awesom-o-4000 card later on—fans of the series will recognize this as Cartman dressed up as a cardboard robot.

Each card is unique, containing its own special abilities and powers, so you are encouraged to build and customize your deck your own way. Depending on your energy meter that recharges throughout the match, you play your cards, springing the characters to life onto the battlefield and attacking your opponent, who is doing the same to you. The winner is the last kid standing. The game has two main modes to play, which are the single player campaign and PVP online matches. Single player focuses on a left-to-right arcade sequence, with a boss at the end of the level. The online matches, on the other hand, have you pitted in an arena against another human player and run surprisingly smoothly considering you’re playing on a phone. That being said, this all depends on your provider and reception. Building a well-balanced deck is key for victory. Or just pick the one with the funniest costume.

The game is incredibly easy to pick up and play. Unlike the other recent South Park titles, combat isn’t conducted in a turn-based fashion. Instead, PHONE DESTROYER focuses more on a direct tower defense approach, allowing multiple characters to be let loose on screen at once and simultaneously attack. Control over the characters’ movements are given up, seeing how all the characters will have predetermined paths and combat patterns; however, this does speed up the game time during battle, generating a rush of excitement when you manage to unleash a full herd of children from South Park playing dress-up to attack your opponent.

There is some strategy involved in terms of what cards you play at which given moment. For example, playing the cowboy-themed Gunslinger Kyle and using his special ability that boosts his teammates’ attacks for a short period of time on the pirate Smuggler Ike, whose own ability keeps adding extra damage every couple of seconds, allows for a rapid, dual-killing machine between both brothers. While these types of strategies are fun to play out and experiment with the variety of cards available to collect, winning most matches can still easily be beaten by having the most characters on screen and charging through enemy forces. Remember Stan getting sucked into this free to play mobile game that one episode? Kinda the same.

Free-to-play mobile phone games are notorious for their gambling-like mechanics, in-app purchases, and mid-game advertisements. Fans of the South Park series are probably familiar with the episode “Freemium Isn’t Free,” that explains this popular trends within mobile phone games, adding paywalls to almost every aspect of the experience and making it all feel like a personal casino. PHONE DESTROYER could be considered as falling into this camp of games, seeing how there are in-app purchases. However, this is a South Park game, and they are not afraid to poke fun at themselves for trying out the Freemium experience.

Examples of this can be seen every time you visit the store; Cartman’s reaction is to poke fun of the player while still trying to sell his cards. Another instance of the game mocking the Freemium system occurs when, after completing several levels, Kyle calls you and begs you to stop playing and go out and do something more fun. Unlike other Freemium mobile games, the only time the game requests money from you is in regards to buying more in-game cash. The in -game cash can provide some bonus content in buying extra packs of cards or continuing in multiplayer, which in itself doesn’t award you apart from more cards, and that’s only if you win. After winning three matches online, the game awards you with a pack of cards, and closes you out for four hours, unless you want to pay some in-game cash to set up the PVP again right away. While this may sound annoying, this barely seems to be an issue when playing the game. PHONE DESTROYER never seems to make it a necessity to buy any additional benefits, partially because the game rewards the player on a very regular basis. Regardless of winning any type of match, three new cards can be won at random that help improve your deck one way or another. In addition to this, there are two other forms of currency in the game, making it possible to achieve the card you want to get in more than one way. Rise! You don’t need no money to build a powerful deck!

The game feels totally accessible from the get-go and makes the environment feel incredibly balanced. Unlike other titles that keep their main characters of a franchise locked up through microtransactions, (*cough* EA with Star Wars *cough*), with the large variety of card variations of the characters, odds are you will have at least your favourite character of the series in your deck at any given point dressed up in a silly costume and ready for battle. Additionally, the game gives out free cards every four hours in lieu of the “come back in 24 hours for a prize” casino feel that other Freemium games make use of. Even if you don’t pick up the packs, they can stack up waiting for you the next time you come back. So, the amount of free stuff you get defeats the purpose of buying packs with your own real money, unless, yeah, you want to go and be a whale in a free-to-play mobile phone game. Whatever rocks your boat, dude.

When it comes to the genre, SOUTH PARK: PHONE DESTROYER is a fun and fantastic way of killing time while you are on your phone. Fans of the series will definitely love the amount of detail and inside jokes referenced, along with its charming visuals. The fun tower defense gameplay, alongside the card-collecting mash-up, makes a fantastic experience. Even when it comes to the obligatory microtransaction placed in a Freemium game, PHONE DESTROYER  feels incredibly welcoming and balanced, welcoming any player to pick it up. 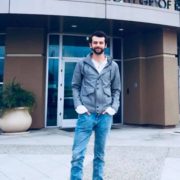 Gabriel Espinosa
Born in Quito, Ecuador, Gabriel Espinosa is a creative writer, history student, filmmaker, and artist. After studying at a German school and traveling around the world, Gabriel focuses on a great variety of topics, ranging from the cultural relevance of video games and comic books, to discussions on what’s good on film and TV right now.