HYPER SCAPE, Ubisoft’s attempt to capture a portion of the battle royale market, starts ominously, detailing a near future dystopia ravaged by many of the same issues we’re suffering under today like climate change and state violence, but saved (or perhaps diverted) by the invention of the Hyper Scape, an Internet-come-Metaverse that anyone can join. Crown Rush is the Hyper Scape’s most popular game, a make-or-break battle royale where the winner takes all in an armed melee played across a futuristic London cityscape. Ultimately HYPER SCAPE the game is Crown Rush, and you play as one of several contestants competing for fame and glory while in the game’s very light narrative, ferreting out some of the perhaps more sinister motivations for a tech company in a near future dystopia helping to create a free VR alternate reality.

In contrast to the relatively ever-evolving worlds of APEX LEGENDS, CALL OF DUTY: WARZONE, or FORTNITE, HYPER SCAPE takes a more stripped-down approach, favoring a plain, often repetitive Orwellian architecture that collapses over time rather than a varied landscape that gets blanketed by an oncoming storm or constricting ring. While variety in visuals and terrain are a large feature of its competitors, HYPER SCAPE literalizes its living blind lootbox quality, filling plain buildings with plain interiors, sealed off by orange barriers that need to be broken with melee attacks to access. In HYPER SCAPE’s world, buildings function as giant Kinder Eggs of loot that don’t offer hiding places or environmental storytelling as much as provide evidence of smash-and-grabs of the past.

We even live in Hell in our video games.

The combat emphasizes a similar focus. Part of the tension of the early game in FORTNITE and PUBG is spending time alone, balancing your play between collecting loot and actively hunting down other players only to have your hastily hatched strategy cut short by a surprising sniper on a far-away hill. HYPER SCAPE has those quiet moments, but because there’s not much to explore, the player feels directed towards the game’s quick and precise combat. This seems to reflect a larger aim of the game to be popular on a live streaming service like Twitch, offering exciting bursts of action that should theoretically be immensely clippable and rewatchable—it’s a style of play that shares some similarities with VALORANT and other hero shooters’ hectic skirmishes outside the world of battle royales. HYPER SCAPE attempts to further spice up the quick gun battles with abilities ranging from teleportation to transforming into a giant bouncing ball. These help vary the pace of play and can offer distinct advantages, but unlike APEX and VALORANT, which connect their abilities with named player characters, they remain largely unmotivated from a narrative perspective and randomly distributed across the map. The final wrinkle is HYPER SCAPE’s Fusion mechanic, which allows the player to “fuse” duplicate weapons to increase their damage and attack speed, turning the game’s SYNDICATE and TITANFALL-inspired future weaponry into something the player can feel a bit of ownership over, if only for the duration of a match.

These changes to the now-obvious battle royale formula feel “interesting” and “distinct,” but unfortunately they don’t coalesce into a compelling or particularly fun gameplay (nor have they been popular on Twitch). The massive popularity of FORTNITE is not due to its gameplay or battle pass business model, but rather that it truly is a platform in the sense that a variety of mechanics build on its basics and those mechanics change multiple times per year (being free and available on mobile phones is important too). FORTNITE feels like a “world” because it started out diverse and kept changing, testing things out and tossing them aside as it guzzled money through its cosmetic store and attempted to be one step ahead of its competitors. By trying to court live streamers and competitive players in its streamlined form, HYPER SCAPE loses out on the platform quality of FORTNITE and the narrative ambitions of APEX LEGENDS and feels as bland and cash-grabby as it often looks. It begs the question, why did Ubisoft even bother? 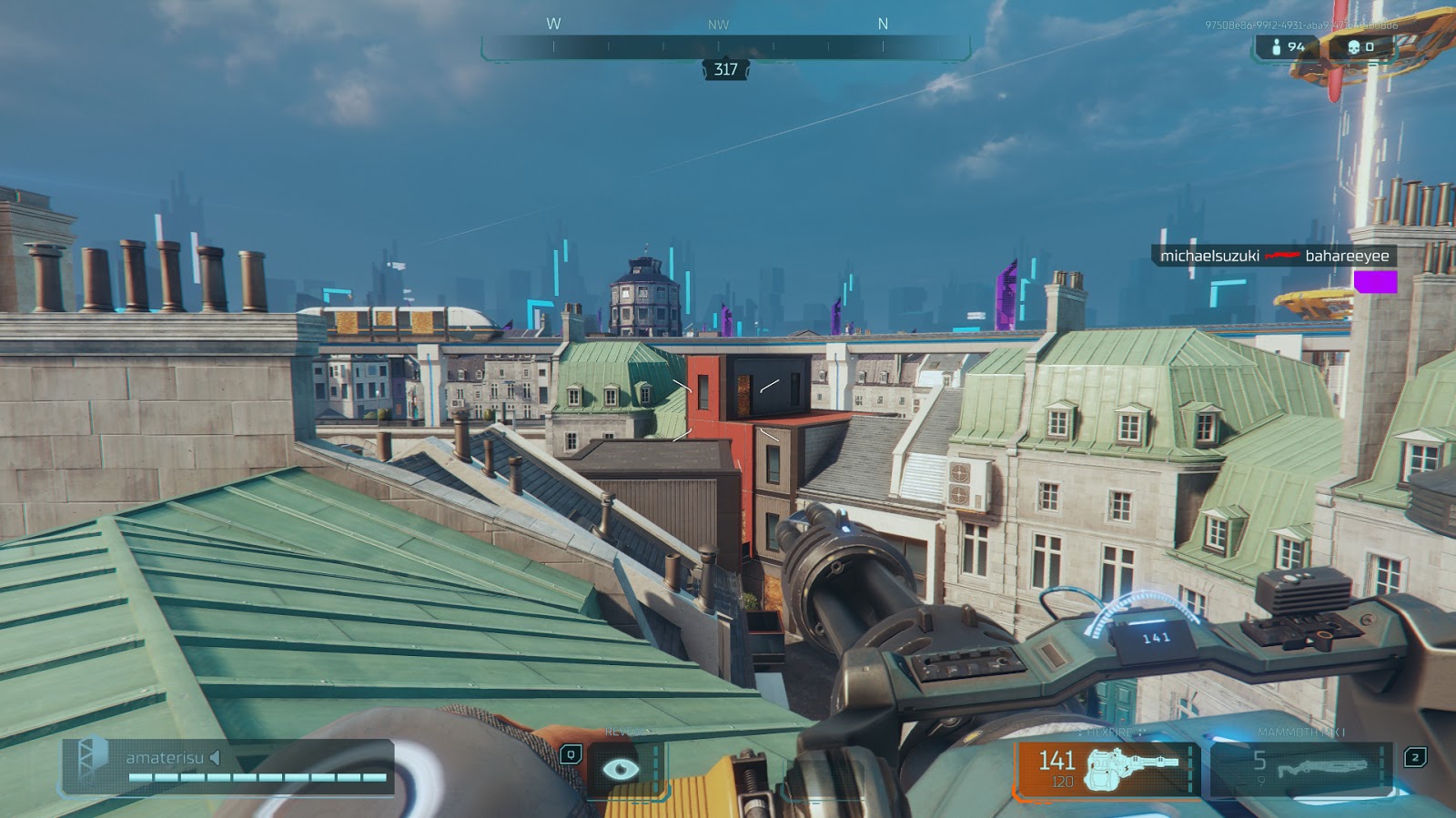 A sampling of the game’s “varied” architecture.

As they’re popularly understood, games advertised during basketball games and scrolled passed on news websites are expensive—expensive to market, but even more expensive to make. This has to do as much to do with the runaway freight train that is technological development in “graphics” and the displays that, well, display those graphics, as it does the ballooning scope and scale at which AAA games are conceived and made at; $60 is expected to stretch further than it ever has, informed by an austere mindset taught and economically forced on players who have less time and money but are expecting every dollar spent to produce a game worthy of said price. Ubisoft, over time, has had many popular and increasingly expensive responses to this problem, being one of the first companies to show the mass market appeal of open world games with their ASSASSIN’S CREED and FAR CRY franchises, and later adopting many of the live/service game aspects of DESTINY with the GHOST RECON series before sprinkling it across everything else. Unfortunately, turning open world games into light MMOs only complicated their development without guaranteeing a long tail for angry players, but then the bomb dropped: PUBG was born as several ARMA 3 mods and quickly invented its own genre, the Battle Royale. 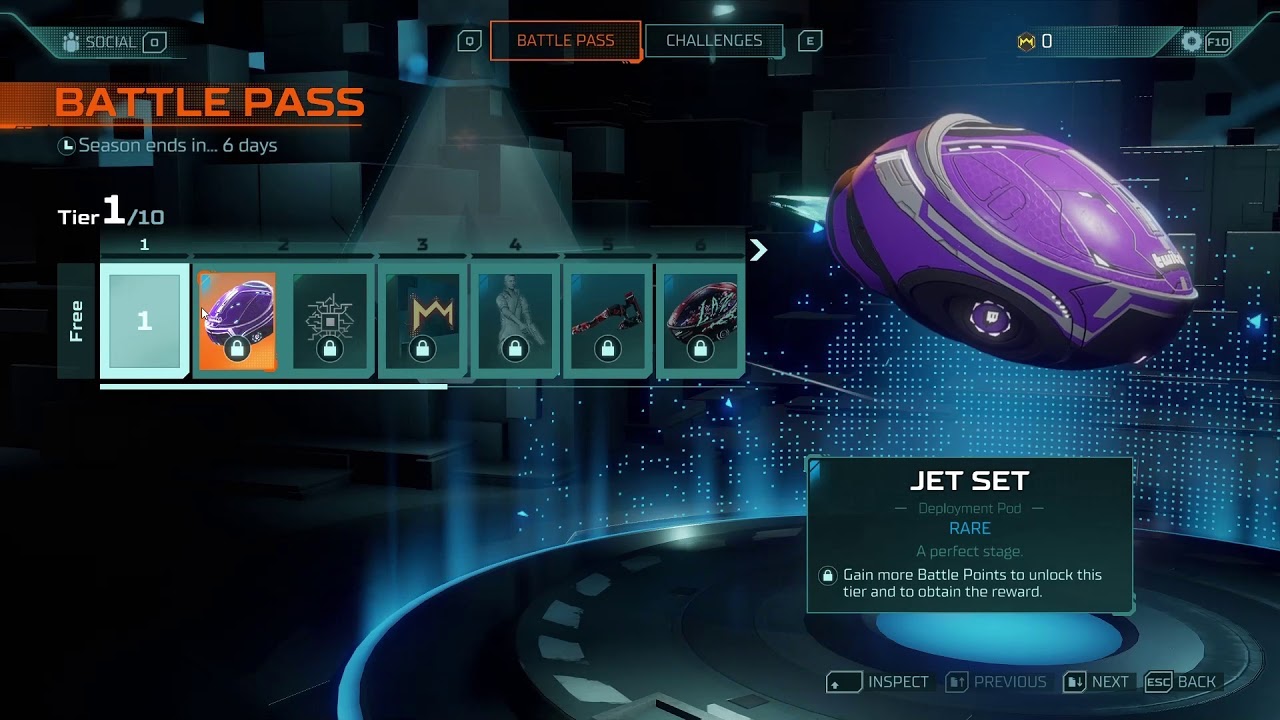 The rest of the story should be familiar. Epic, the makers of the engine integral to PUBG’s developing mechanics and systems pulled a fast one and modified their failing spin on what could be summed up as a MINECRAFT mod to release FORTNITE and its popular battle pass and cosmetic store. The industry, at least the part of the industry that has lobster lunches and brushes aside abuse allegations, was caught with their pants down. FORTNITE clones and remixes followed, and finally in 2020 Ubisoft released HYPER SCAPE. For a large company trying to make the ballooning costs of AAA development feasible, a platform like a battle royale offers plenty of roads to player’s wallets. For the artists and designers making the game, this genre is legitimately exciting and even more reactive to the community playing it. These don’t come without the cost of more exploitation of labor. You don’t have a battle royale game like HYPER SCAPE without a staff working year round, non-stop. That has been true of FORTNITE and if HYPER SCAPE does what’s necessary to make it fun, it’ll probably be true for it. Having a popular, free game during a pandemic devastating lives and wallets feels like an easy win, perhaps the sneakiest way to scrape a few extra bucks off people being more mindful with their spending. A popular, free game can also drown out more… unsavory stories like the continued accounts of abuse and misconduct from Ubisoft’s Toronto studio. HYPER SCAPE, as it exists, does neither. Like the fictional company Prisma Dimensions, creators of the Hyper Scape in the game HYPER SCAPE, Ubisoft has plenty of reasons to release this lackluster game and few of them are good. 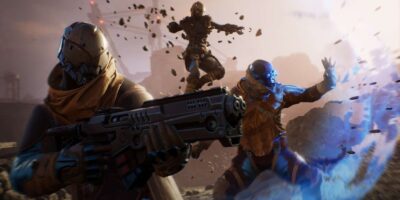