There seems to be a running theme amongst the resurgence of independent country artists attempting to make an earnest return to what you might consider “traditional” country song writing. Tyler Childers’ third LP, COUNTRY SQUIRE, is, in many ways, the most honest expression of the story that he wants to tell about a boy who grew up in eastern Kentucky. Coincidence or not, it’s an album that mirrors the sophomore effort of one of Childers’ Canadian contemporaries, Colter Wall; Wall’s second album, SONGS OF THE PLAINS, is exactly what its title claims to be: a sampling of original songs and covers that emanate the wide-open territory of Saskatchewan, Wall’s frequently self-referenced home. Intimate songs of Wall’s experiences growing up there, along with covers telling age-old stories in his trademark baritone, litter the record, and while PURGATORY and Colter Wall’s eponymous album showed an inkling of what we might consider a return to traditional country form, both SONGS OF THE PLAINS and  COUNTRY SQUIRE are far more personal ventures into how these two individuals personally relate to the places, stories, and people that ultimately shaped who they are at this point in time.

Compared to Childers’ first LP, BOTTLES AND BIBLES, it was easy to see Sturgill Simpson’s producing hand guiding the overall composition of PURGATORY. On COUNTRY SQUIRE it’s evident that Simpson is still in the mix, but he’s relinquished some influence, as Childers has become more confident in the stories that he wants to tell us and the way he wants to communicate them, taking a greater deal of ownership over the overall construction of the songs. COUNTRY SQUIRE is far more stripped-back in terms of the arrangements; while we won’t find the ethereal touch of “Universal Sound” or the catchy riffs backing the drug-addled excursions found on “Whitehouse Road” or “Charleston Girl,” this remains a young man taking the lessons of the past and looking toward a future that is brimming with success.

The album cover, just as much as anything on the record, helps inform the messages Childers is trying to explore; it’s a piece that I arguably believe stands as some of the best album art of the past decade. It’s rife with symbolism that stands as a visual representation of the many facets of his being which he so earnestly has communicated on all three releases. The overall composition contains elements that hearken to imagery as far back as ancient Egypt up through eastern religions such as Buddhism or Hinduism, each implying a certain exploration of oneself and one’s relation to the world.  Front and center is Childers’ contorted, sweaty facial structure, implying some great inner conflict all while surrounded by images meant to inspire peace of mind, contentment, or greater personal understanding.  It’s evident that through the songs that follow that he has transcended some challenges of his younger self but has been met with a whole slew of new questions about life and the future—top it all off with the small flame above his head, either a hint at a lit fuse ready to blow, or a biblical flame that resulted in common understanding between groups of people speaking in tongues.

We can only hope he achieves the more optimistic ending than many of those biblical tales. His opener, “Country Squire,” kicks into an Alan Jackson-style riff, spelling everything out in black and white, as Childers entertains all the possibilities of the future with his wife.  “Country Squire” is not a person but a place for him. It is the home where he may spend his time “sittin by the fire, huddled with his honey in the country squire.”  The songs he writes have exorcised many demons, but now it isn’t just art anymore—he’s made a career out of it.  The songs now fund the costs that it will take to make dream a reality. Childers’ makes a bittersweet and multilayered point in two short lines as equate his shows with being a vessel able to “turn songs into two by fours.” It’s a rather unusual confession given that as listeners we so often take songs at face value for their artistic merit and the feeling they instill within us.  For him, this song may be as much an expression of the lessons he has learned along the way as they are a paycheck.

“Bus Route” takes us on a more wholesome journey of young romance. Childers tells the tale of his adolescent crush he eyed on the elementary school bus for eight years.  Come age 16 he’s come into his own with a truck and he’s now driving her home, even taken to “givin’ him some” when her parents aren’t home.  It’s his take on the type of song one might typically associate with bro-country, yet he handles it with a deft hand.  Telling of an innocent crush that eventually became a budding romance of sorts.  Childer’s most conventional and straightforward love song  on the album, “All Your’n, ” comes later on. It’s upbeat, it’s rich, and easy to get stuck in your head; he’s done his writing on his own so far, but this piece of music is good enough that Nashville may very well try and swipe him up for some pop country radio songwriting.

The crescendoing lead single on the album “House Fire” was a bit misleading upon its release as it really is the only track on the album that sounds like it. Based on this being the first taste of the album, one would expect COUNTRY SQUIRE to be chock full of the energy and buildup yet perhaps in the context of the album, that’s why it delivers such a punch. It’s the undeniable banger if such a thing exists in country music, but it quickly gives way to “Ever Lovin’ Hand,” a song  that will either go down as the comedic, raise-your-glass-to-its-absurdity drinkin’ song OR the “what the fuck was he thinkin puttin this on the record” cut? Childers’ regales us with the hard and sometimes lonely reality of being on the road for so long and away from the one he loves. Spending nights alone in his hotel room in New England with nothing but pictures of his woman, texts from her, and a bottle of his favorite lotion. . . If you think you know where this is going, you’re probably right, but it’s the sweetest ode to masturbation and love you’ve probably ever heard.  No matter how you slice it, there’s a part of you that wants to get drunk and sing along in raunchy sincerity at some honky tonk.

Closer “Matthew” shares a similar theme to previous songs “Creeker” and “Peace of Mind,” all three tales of the types of folks you might find in his hometown in Eastern Kentucky. A story of a man jaded by the city far away from where he grew up contrasted with the story of a family atrophied by the idleness of small town life, Matthew is a discharged vet who works as a security guard at a rusting missile silo, and as we get hints of his growing up on scripture and spending time by the river with family.  It’s a tale probably lived by many whose entire lives can be traced to an area within 10 miles of where they grew up; it isn’t glorious, it’s sometimes rough, but ultimately worthwhile and meaningful.

There is something to be said for finding one’s path, for growing up somewhere you feel so deeply tied to. But there is also a certain melancholy in losing the naive and consuming love that comes with the stories like those in “Feathered Indians.”  Because there is a primal truth in that, something speaks to our romantic sensibilities that we supposedly lose touch with as time goes on. Exploring the small details of life that move one to both think and feel, COUNTRY SQUIRE, in more ways than one, feels like Childers’ first step into a new realm of songwriting. 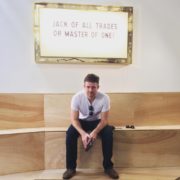 The Masterful Ebb and Flow of Four Tet’s 4TLR Series