Young Thug is a self-described alien, but the Calvin Klein model, snake whisperer, and rapper really just likes to have fun. He sent snakes to journalists in promotion of his 2018 compilation album SLIME LANGUAGE and missed his own music video shoot for “Wyclef Jean”—opting instead to just record himself eating Cheetos on a tarmac. Occasionally he’s been brought back down to Earth, like last year when he was arrested at his own birthday party outside Dave & Buster’s in Hollywood for felony gun possession, but nothing really stops Thugger. He’s released more than 20 full-length projects over the past decade and has found mainstream success in recent years with a feature on Camila Cabello’s “Havana” and songwriting credits on Childish Gambino’s “This Is America.” So it’s truly fitting that the Atlanta rapper’s latest project, his so-called “debut” studio album, is an ode to himself: SO MUCH FUN.

The album opens up fully amped, with Thugger gliding over an 808-drenched beat straight from Magic City before going verse-for-verse with Future on “Sup Mate.” By the third track you can tell he’s not here to start another revolution, but rather to bask in the sound of the subgenre he pioneered. There’s no need to venture off into unknown waters, he’s found his fun. That’s not to say he isn’t still innovating; Young Thug shows off why he’s still the master of the mumbling madness he helped create immediately, rarely leaving his comfort zone but still delivering his most complete sounding project to date.

SO MUCH FUN contains a lot of contributions, mostly coming from the mouths of Atlanta’s own like Future, Quavo, and 21 Savage. Thug makes sure to tout his extensive influence by passing the mic to his understudies Lil Duke, Lil Keed, Gunna, and Lil Baby, but also joins two of rap’s biggest names in Travis Scott and J. Cole for the album’s hit single “The London.” He battles Lil Uzi Vert on “What’s The Move” and flexes his wealth alongside Juice WRLD on “Mannequin Challenge,” then again with NAV on the following track “Boy Back.” But no matter who else steps up to the plate, he makes sure to put them in their place, frequently changing flows to match his counterparts and easily handling any beat thrown his way.

Producer Pi’erre Bourne has an impactful presence here, providing beats for four of the 19 songs and elevating Thugger’s raps with an interesting flavor of tropical trap. The two make magic on the Gunna-assisted “Surf,” during which Thug addresses other rappers copying his musical style and flow, a conversation that has reached its peak after Lil Nas X’s “Old Town Road” broke every record imaginable—a track, mind you, that was spawned directly from Young Thug’s 2017 release BEAUTIFUL THUGGER GIRLS, a collection of country-rap fusion. But imposters seem to be nothing more than a talking point for Thugger during his victory lap. After all, he’s just here to have fun.

Fun remains the focus throughout, which, as we’ve seen from some of Atlanta’s other  recent releases, isn’t exactly easy to pull off on a lengthy release. Young Thug does it effortlessly, never breaking pace or slowing down and presenting an interesting enough array of flows and beats to keep it entertaining throughout its 62-minute runtime. Towards the very end of the project he brings out his classic flow on standout song “Pussy,” then decides to sing part of his verse on the following track, the melodic “Circle Of Bosses,” before turning things into hyperdrive for “Mannequin Challenge.” SO MUCH FUN ends exactly as advertised. There’s no gambits or gimmicks here, it’s Young Thug being unapologetically Young Thug. Simply put: out of this world. 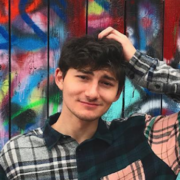 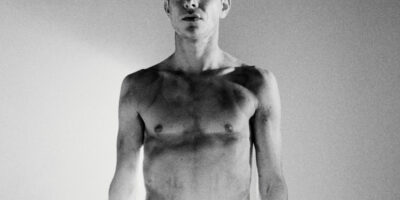