It’s quite the experience to be in the crowd for a Lucero show. For better and sometimes worse, the pause taken between songs isn’t filled with quiet murmurs or drunken hollers (although both certainly exist). Instead it’s filled with dozens of voices yelling song names. “Texas & Tennessee!” “Bikeriders!” “Sweet Little Thing!” “That Much Further West!” Sometimes they come in a moment of quiet, to which wizened punk frontman Ben Nichols will slyly look up while tuning his guitar and acknowledge the song as being a good pick. “Maybe we’ll get to that one, yeah…” And sometimes they all come at once, a barrage of indistinguishable sounds from one of the most intense fanbases in alternative country. 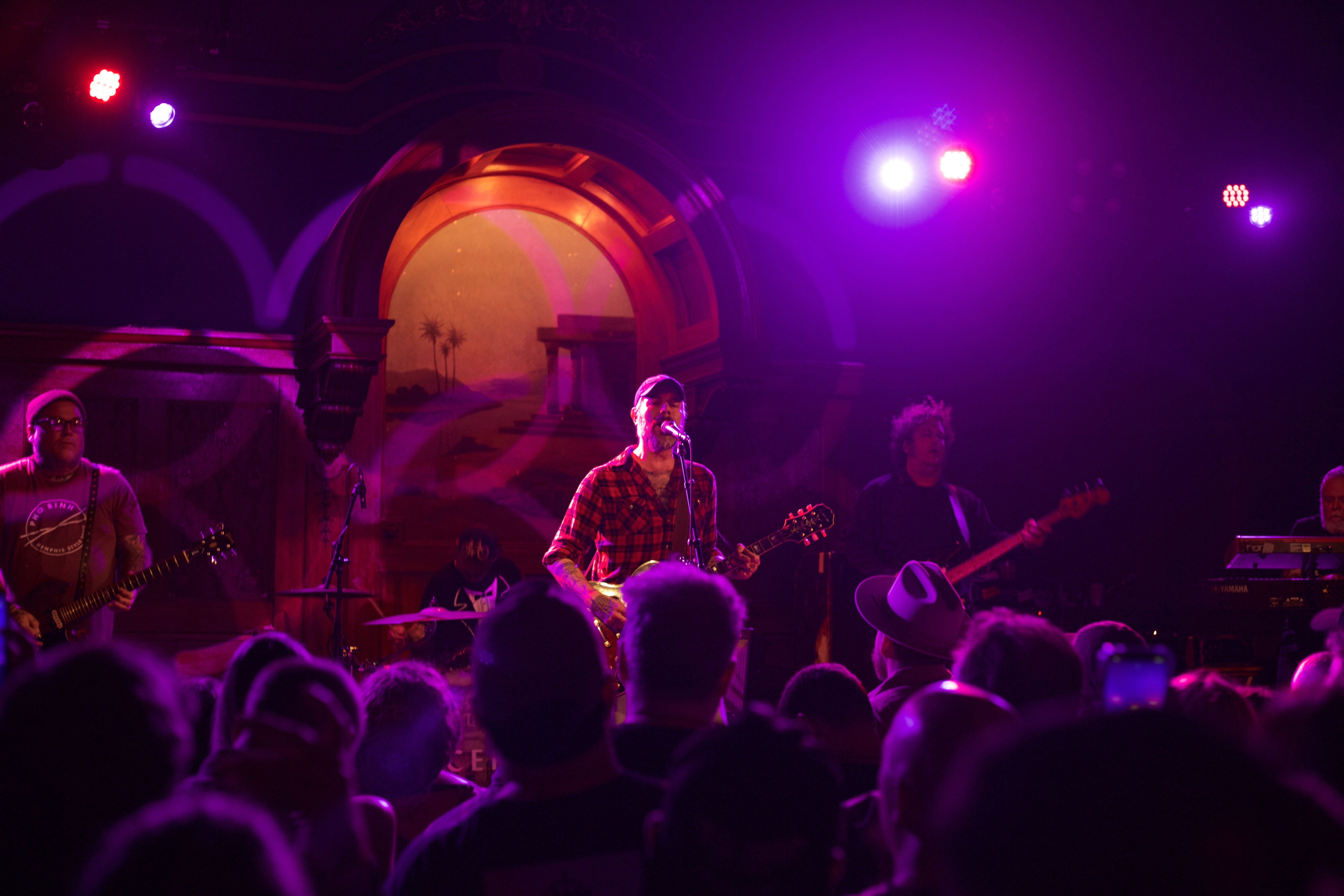 If it sounds like a critique of the atmosphere, it comes from a place of love and also hypocrisy. My song? “Tears Don’t Matter Much.” It didn’t get acknowledged, much less played, but how can you NOT shout out a favorite—Lucero shows, and Nichols playful embrace of the “request,” always carry with them a sense of once-in-a-lifetime spontaneity. Even late in the band’s second date at the Lodge Room in Highland Park, someone requested live staple “The War,” a longtime fan favorite that gets played at nearly every Lucero show. Being the second show in Los Angeles, Nichols made clear at the top of the set that he’d try to avoid as many repeats as possible, but he wore down quickly. “Fuck it, we’ll do ‘The War,’” he says joyously, seeming almost embarrassed he’d even thought to leave it off for the band’s second outing. 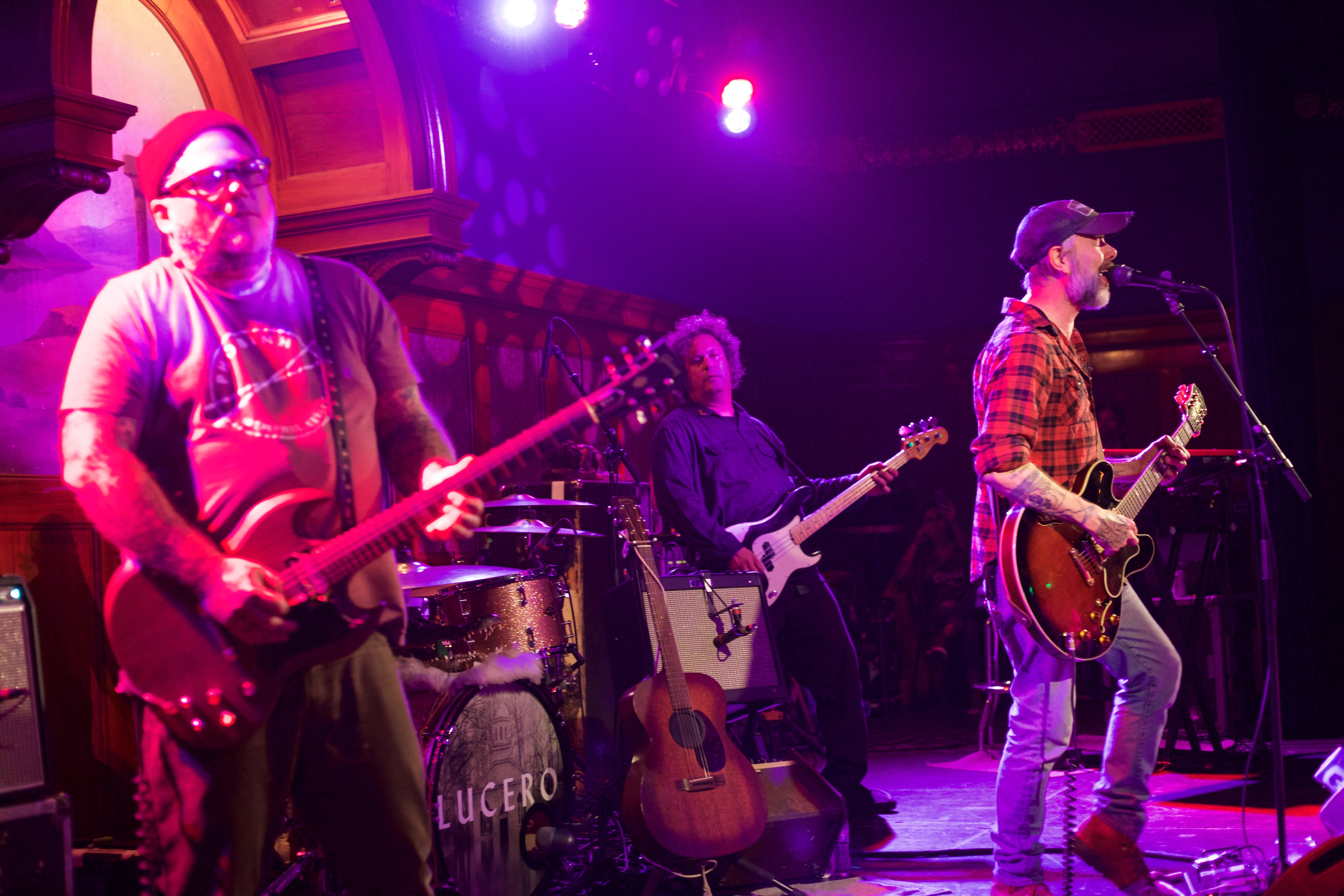 But that’s the thing about Lucero. Even if Nichols had ultimately decided to go in a different direction during the interlude portion of the show he performs with the quiet, sage-like Rick Steff, doing instead, say, “Mom” from 1372 OVERTON PARK, the crowd would’ve instantly fallen in line, cult-like diehards who frequently throughout the band’s career-spanning set would cheer in excitement at songs that even they didn’t know they were going to be excited for.

And the set checked all the boxes, from highlight piano ballad “Always Been You” off their latest album, AMONG THE GHOSTS, which rang with a dizzying, hypnotic quality thanks in part to Steff’s work on the keys, to Nichols serenading the crowd with a full-band rendition of his solo cut “Loving,” not to mention delivering on two singalong-worthy sad bastard tracks in “Nights Like These” and “My Best Girl.” There’s something especially tantalizing about watching Lucero do true rock ‘n roll songs as well; as Josh Flemming, frontman of the Vandoliers (who in some ways stole the night, an insane burst of energy and a shot in the arm for many who didn’t know they needed it—they absolutely made fans in Los Angeles) said at the top of their set, “I wasn’t sure if I wanted to start a punk band or a country band, so I kind of did both.” The same could be true of Lucero, whose stradling of emo and country and punk is always exciting. 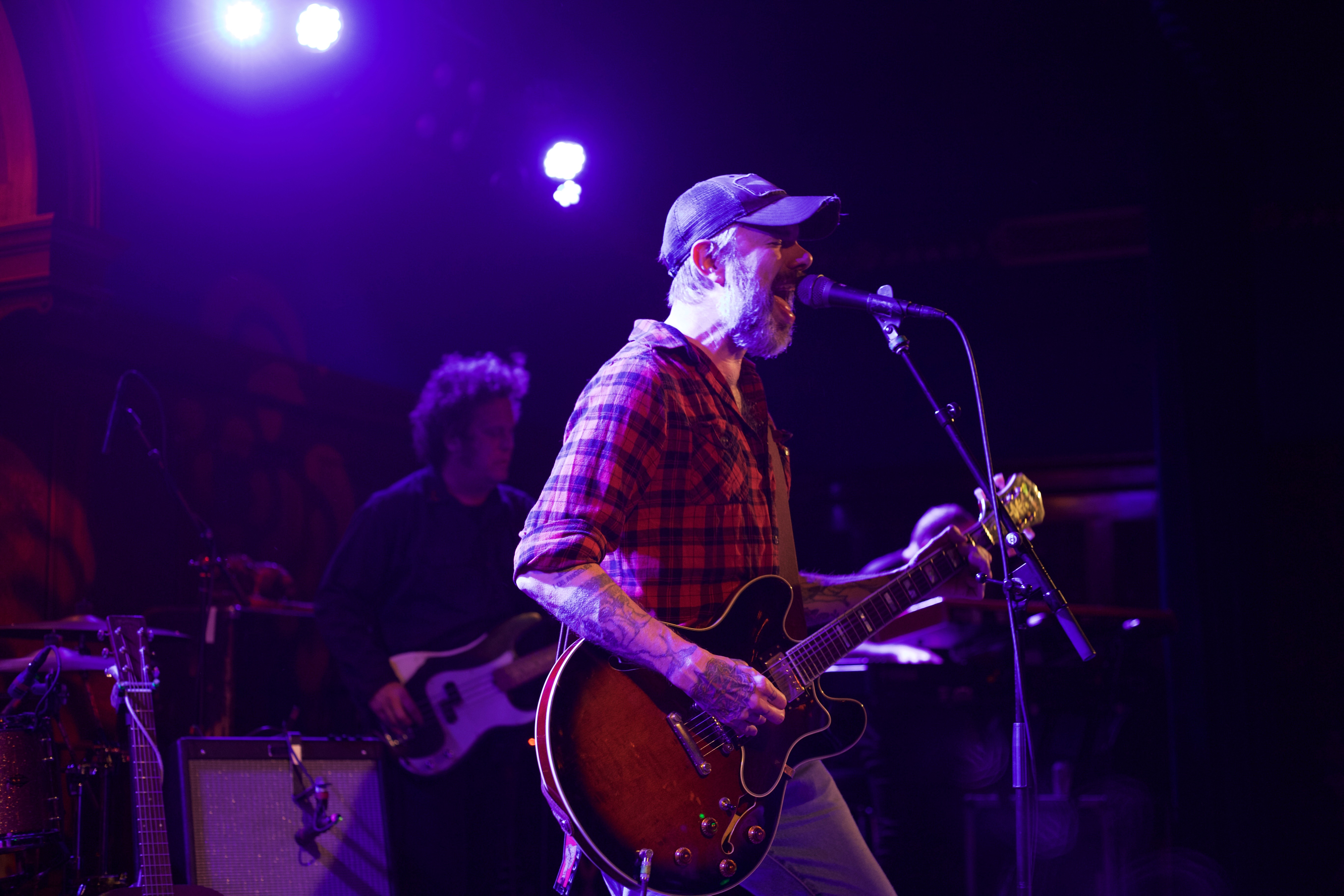 As they had every time I’ve seen them, Lucero’s whiskey-soaked crowd connected with each other and Nichols in a way that really is decidedly unique; it’s rare that you see a full turnout for alternative country stalwarts in a town as uppity as Los Angeles, and I’ve certainly seen my share of mostly empty shows, but the sell-out at the Lodge Room was a special bonding moment.

THE LIGHTHOUSE Fails to Shine a Light

MERRY-GO-ROUNDTABLE Episode 42: AUDITION, the Best Romantic Comedy Ever Made?