Distributor A24 should receive credit for funding the works of auteur directors, introducing a new generation of cinephiles to notions of directorial authorship. A new Ari Aster movie, for example, is just as likely to be imbued with a distinct voice and artistic sensibility as a new Kanye album (or a Charli XCX record, I don’t know—whatever the kids are listening to these days). The flipside of this is filmmakers thinking they can get away with just about anything and be protected, with absolute impunity, under the banner of “challenging” indie cinema. Unfortunately, Robert Eggers, whose 2015 film THE WITCH he would like me to stylize as THE VVITCH, has played ducks and drakes with his newfound status as a respectable director: Egger’s sophomore outing, THE LIGHTHOUSE, is the loudest picture of the year, an ear-splitting dirge through the unintelligible screams and thrashings of two great actors, punctuated by a score that aims for surround sound-induced tinnitus, and somehow also a barely audible whimpering.

Two gruff wickies, played by Robert Pattinson and Willem Dafoe, are tasked with manning an ominous lighthouse in the middle of the open seas circa the turn of the 20th century; as the likelihood of their being marooned by their outfit increases, tensions flare between the men and soon the forces of the lighthouse on which they might be stranded threaten to swallow them whole.

Much has been made of Eggers’ decision to shoot on monochrome negative: nearly all modern black and white films are shot either digitally or on color stock and desaturated in post. Certainly, the movie has a distinctive look, down to its 1:19 aspect ratio, which is significantly narrower than even the old silent film ratio of 1:33. Cinematographer Jarin Blaschke crafts stark frames, as his chiaroscuro slants emphasis on the grime and rock of the locale and the images shimmer with period dread. 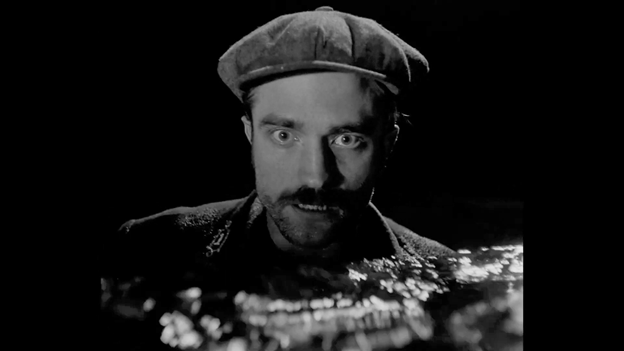 You got to hand it to the dudes, it does look good

That’s as far as the merits go. Eggers cripples Dafoe with a chanty-prone, Downeast Maine accent which renders most of his lines incomprehensible. The screenplay bristles with jargon-heavy dialogue culled from primary sources, which is admirable, but serves to further alienate the viewer from the drama. Eggers is eager in interviews to acknowledge the Lighthouse as a phallic symbol, so let’s take him at his word. If the Lighthouse exudes phallic power, with its all-seeing eye redolent of Sauron, and if its pull has been known to induce hysteria in previous wickies (lighthouse keepers), then it would seem the film is an allegory for repressed homosexuality. To be sure, libidinal urges arise and sexual fantasies punctuated with cacophonous strings promulgate this reading.

Stripped of a milieu or cultural exposition, however, there is nothing to be gleaned from such an allegory. The idea of Pattinson, whose POV we follow, and whom we know nothing about, stranded on a chunk of land coming to terms with his libidinal desires offers no insight into repressed sexuality since there is no ability to contextualize his urges within a repressive culture that seeks to eliminate them. The Lighthouse cannot be seen as synecdoche because its environment is atypical and depicted as the land of the Imaginary. Dafoe’s character, as the senior keeper and authority figure, restricts Pattinson’s access to the lantern proper, subordinating him to trimming wicks and preparing fuel in the service room. This checks out with Lacan’s suggestion that desire is not the subject’s but desire of the other—Winslow is particularly interested in the Lighthouse because of the hold it exercises on Dafoe’s keeper. However—and minor spoilers ahead—the question is put forth, very literally, in the film of whether or not Dafoe is a figment of Winslow’s imagination, or if the rock itself is also a fantastical construct. 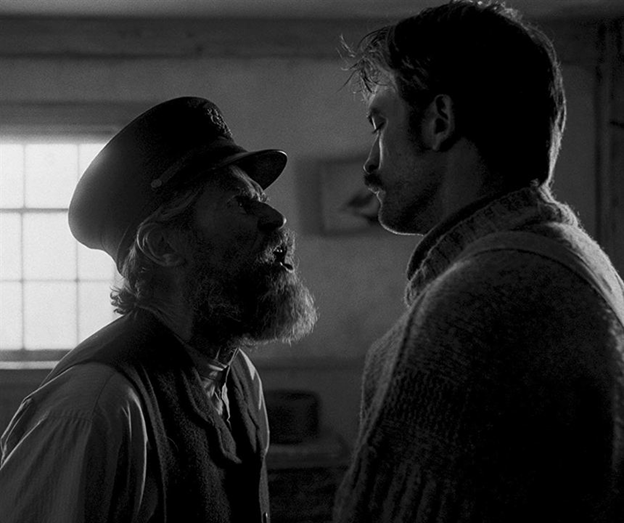 By verbalizing this subtext, which, in a movie featuring two men with no one else around was always going to be a subject of debate, Eggers effectively lassos the repressed from under the film. Once the question is raised, it is impossible to view the movie as allegory because it very directly states that, in fact, it is. The cat is out of the bag, and without the feline kicking and squirming, meowing from inside it—the bag is quite thin.

20 Years In and There’s No Stopping Lucero