The Pyramid Atrium is larger on the inside than on the outside. As you climb into the structure at the center of the KID A MNESIA EXHIBITION, synth accompaniment in tow, you see the glowing orange walls stretch away from you and the silhouette of a giant minotaur stalk the perimeter. Your only means of input being the controller’s analog stick, you can either turn back or creep on towards the portal on the other side. The sheer scale is dizzying, and the lack of control reminiscent of a certain type of horror game, the most iconic example being AMNESIA: THE DARK DESCENT (no relation, that I’m aware of to the titular KID). The music was always challenging by design. Presented this way, it’s viscerally unnerving.

In chamber after chamber, EXHIBITION masterfully uses color, lighting, and impossible space to illustrate the music of Radiohead’s most iconic era. The story goes that pre-COVID, there were plans for a traveling, in-person installation to celebrate the expanded reissue of KID A and AMNESIAC. What we ended up with—a free-to-download virtual museum on PS5 and the Epic Games store—seems much more in line with the band’s visionary reputation (though it brings me great joy to imagine Thom Yorke and Stanley Donwood donning monster costumes to realize this particular scene in meatspace).

More than a repackaging of the rerelease’s accompanying artbook, EXHIBITION is an acknowledgement that these songs are so vast and cryptic that you could get lost walking around inside them; it presents a charmingly alive world populated by field trip groups of papier-mâché creatures and the stick figure janitors sweeping up after them. It’s soundtracked entirely by broken down audio from the albums, so you enter the hall to the intro from “Everything In Its Right Place” and things unfold dynamically depending on the path you take. Again, interactivity is limited—there’s not a single button prompt in the entire EXHIBITION—but you trigger different stems and transitions by walking through the installations. When you stand on scattered flyers of the band’s bear face logo in a simulated warehouse rave, the beat from “Packt Like Sardines in a Crushd Tin Box” switches up on you as lines of matrix code fly by.

One of my favorite sections centers on “The National Anthem,” which I played through with my partner sitting next to me on the couch. You enter a room bathed floor-to-ceiling in the flashing lights of TV monitors, the song’s ghostly ambience isolated and echoing. The vocals can be triggered by approaching the receiver of a payphone in one side of the room—here, we paused to riff about calling our friend Thom, only to pick up and hear a snippet of his anguished, ring-modulated wailing on the other end (“I do so enjoy our chats, Thom”). It’s all as art-school pretentious as you would expect, but the designers also know what you’re there for. At one point, I remarked out loud that I’d be ready to leave the room as soon as I figured out how to hear the bass line. Then I turned around to see “DRUM N BASS” written on the floor with an arrow pointing to a translucent amber pillar in the middle of the room. I drifted into it, and sure enough, there was Yorke and Philip Selway’s epochal groove.

EXHIBITION isn’t there to impart any new information, and it doesn’t elevate the tracklist’s weaker links. “Pulk/Pull Revolving Doors” works just as well in a corridor as it does in a 43-minute album (it’s fine). But the most impressive accomplishment is the way it gives you fresh ways of feeling out the most picked-apart and over-discussed album of the 21st century, whether that’s at the center of a breathtaking, IMAX-sized “Pyramid Song” kaleidoscope or in a dingy backroom watching grainy live performance footage of “Optimistic.” Each vision captures what made the KID A MNESIA era so fascinating; as Radiohead’s music became more abstract and unwelcoming, it also drew fans and critics deeper into the band’s troubling turn-of-the-millenium mythology. The EXHIBITION renders that paradox in Wonka-esque fashion, horrifying boat ride and all. 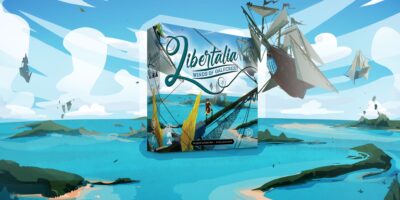