Dancing at a show in Portland is punishable by death. Every Friday night, the people of Portland get off of their job at the bicycle, books, coffee, and tiny beanie store and head directly to the hottest indie show in town. They’ve been looking forward to this all week. They arrive promptly 10 minutes after the first opener has started, grab a PBR, and proceed to stand still for the next three-and-a-half hours as if their feet were trapped under cement. Later that night they will exclaim that this was the best night of their entire life. They have never had more fun.

Chromatics came to town and blew their minds. 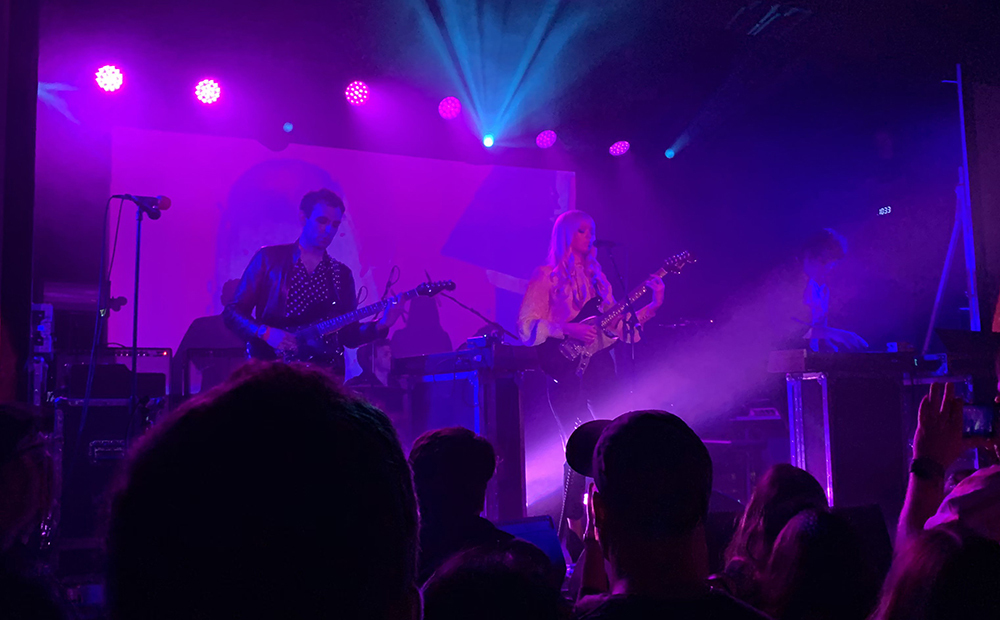 This was not a feat they accomplished all by their lonesome. Desire, one of Johnny Jewel’s countless bands, set the stage for the hometown four-piece by unleashing one of the most captivating warm-ups the city has seen. Washed in a cloud of red and blue lights, Desire had the sold-out crowd transfixed as they sprinted through their greatest hits while managing to fit in a thumping cover of New Order’s “Bizarre Love Triangle.” It cannot be overstated how hard it is for an opener to wrangle the attention of a Portland crowd. Desire had the ballroom’s absolute attention—they took the stage and walked off more than deserving an encore. 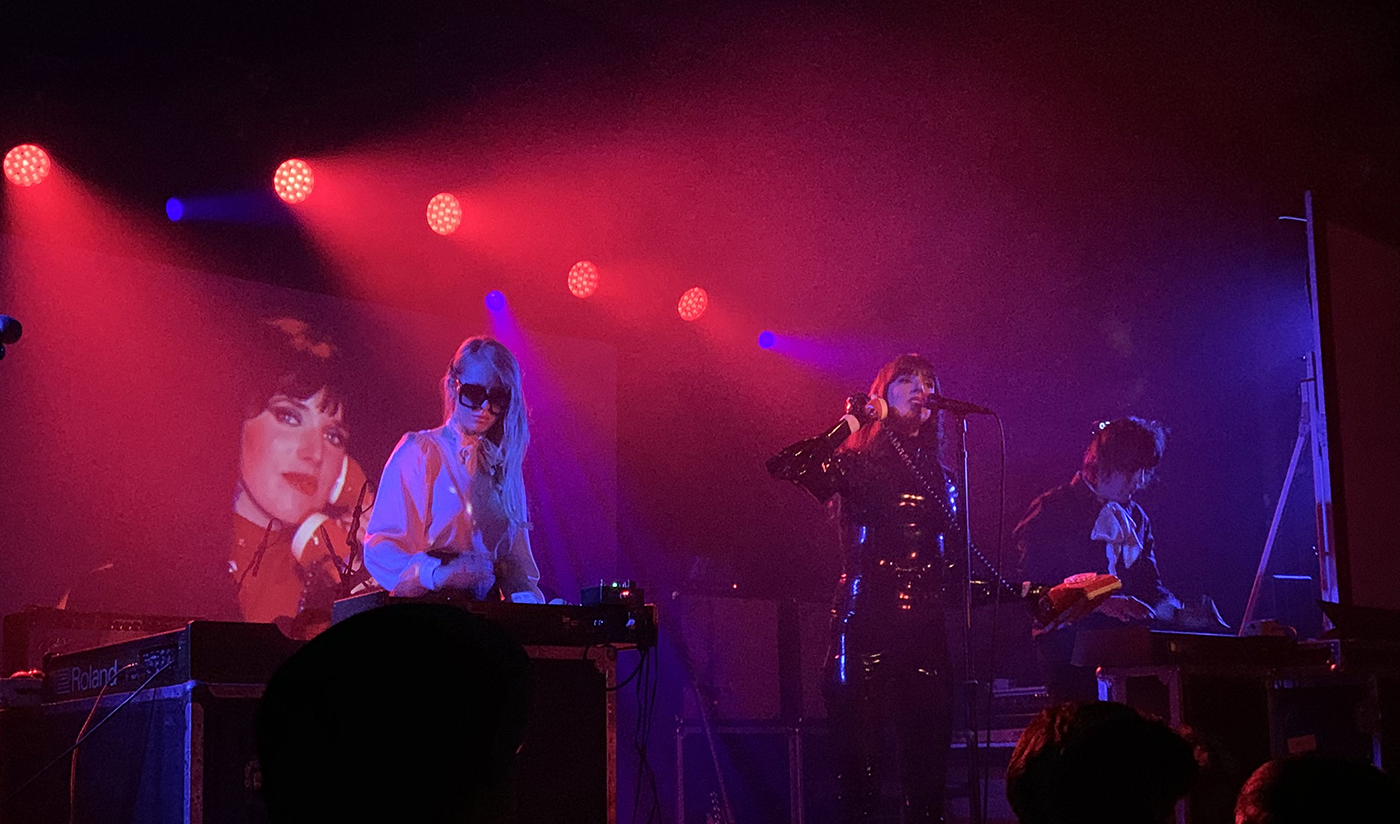 Chromatics took the stage and instantly burned down the house. Jewel hammered through an unrelenting, synth-heavy rendition of “Tick of the Clock” that he banged out until Ruth Radell walked on stage to lend lead vocals and synthwork to “Lady.” From there, the four-piece was dominant, unwilling to surrender even a second of the audience’s time. They transitioned right into “Kill for Love,” the most locked-in number they had all night. Submerged in an assault of pink, teal, and white strobes, Chromatics used every last decibel the venue’s speakers had to offer. By the time they got to the second hook, I was kicked out of the press pit because, “You can’t just jump around dancing in the press pit.”

After calming myself down with whatever Deschutes they had on tap, Chromatics knocked through a couple older tracks before diving into potential DEAR TOMMY material, playing “I Can Never Be Myself When You’re Around” and “Time Rider” back-to-back, garnering wild screams from the crowd. In fact, just about every time the band introduced a track, the crowd went fucking nuts. It was surprisingly rowdy considering Chromatics aren’t exactly catering to the mosh pit-eager, but the energy was more than deserved considering this was the band’s first show in their hometown in six years, a fact the band repeatedly acknowledged and apologized for throughout the course of the show. 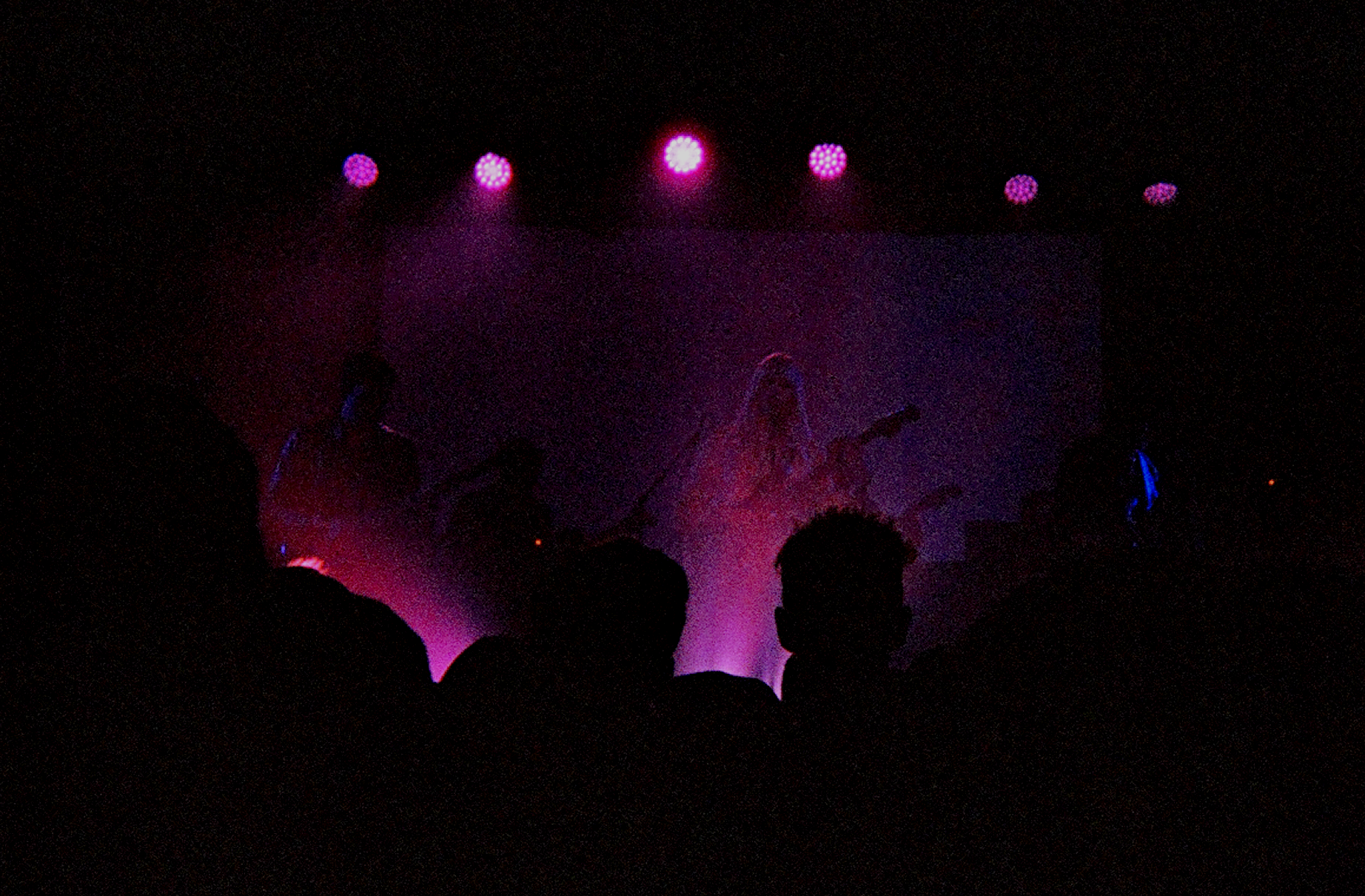 The most heartfelt moment of the show was when Jewel stole the mic halfway through the encore to thank Radell, who he introduced as “the singer of this god damn band,” and told the story of the first time he met her, when she was 14 busking at the bus terminal with her father in downtown Portland. Years later, he and Adam Miller, the band’s lead guitarist and founder, ran into her again at a store and asked her to sing in the band. It was refreshingly real and unexpected from a band so intent on maintaining such an austerely crafted image. Jewel especially let loose throughout the show, bashing his keys with such an intensity that his arm recoiled after each hit as if he’d touched a hot stove. His ferocity blared through the speakers, prompting some of the people around me to plug their ears (always bring ear plugs to a show).

After a gnarly extended jam of “Cherry” and curfew creeping up, the band dipped into their bag of covers. Their main set ended with their utterly transfixing rendition of Neil Young’s “Hey Hey, My My (Into the Black).” Then after a chaotic instrumental freak-out to kick off the encore was Bruce Springsteen’s “I’m On Fire,” which, like Hot Chip’s cover of “Dancing In The Dark,” definitively proves that Springsteen sounds exponentially better with synthesizers. Chromatics ended the night with Kate Bush’s “Running Up That Hill.” Whereas Bush pulls the instrumental like a strongman tugging a train, the Chromatics’ take punches up the synths to an otherworldy degree while Radell softly croons, making for a truly perfect end to the show. As the band walked off stage and the crowd started to file out, Jewel kept noodling away at his synthesizers for a few minutes while film credits rolled on the projection screens behind him. It’s a shame well over half the crowd missed it. With any luck, they won’t have to wait six years for another chance.

MERRY-GO-ROUNDTABLE Episode 25: The Legacies of Artists