No really, why aren’t you? HBO is packed to the gills with pretentious, high profile dramas like GAME OF THRONES and TRUE DETECTIVE, but their strongest contender is the one so many people don’t seem to be watching. The network has pushed out a menagerie of shows appealing to America’s post-9/11 sensibilities, from GENERATION KILL to the most recent THE NIGHT OF, but none are as striking or as on-point as Damon Lindelof and Tom Perrotta’s THE LEFTOVERS. Despite overwhelming acclaim, viewership of the show has been meager enough that it was only through a miracle that a third and final abbreviated season was greenlit by Home Box Office. But as I said earlier in my review of the the show’s second season, THE LEFTOVERS is the most gripping drama currently on television, and nearly a year later, it’s a claim that I stand by. As an ensemble piece, THE LEFTOVERS has a lot of characters that you’re pulling for, but it’s Justin Theroux’s Kevin Garvey, Jr. that acts as the main throughline. Kevin’s the chief of police of secluded Mapleton, New York several years after a mysterious event known as the “Departure” causes 2% of the world’s population to vanish into thin air. After a chance visit by an eccentric, borderline angelic stranger, Kevin begins to suspect that a similar event will soon fall upon his town. Kevin’s ex-wife Laurie and distant son Tommy, both who fled to doomsday cults following the Departure, have similar fears of an impending peril, and the show cultivates a mounting sense of dread as the three converge. Also caught up in the paranoia is Matt, a local preacher whose faith is tested after being left out of the apparent Rapture, as well as his sister Nora, who lost her husband and two children on the day of the Departure. What each of these people carried out of the first Departure, and what they expect from the next, fuels a chain of events that tears the community apart. And as we all know, karaoke has a tendency to sunder relationships

If it wasn’t made clear by the premise, it should be known that THE LEFTOVERS is not a happy show: Suicide, murder, drug abuse, and screaming matches are par for the course. Just about everyone is dealing with some sort of loss, and it’s never a pretty picture when these issues come pouring out. Watching the carefully constructed facades of normalcy that each character hides behind be torn down can be pretty heavy, but it’s all (mostly) worth it. Because, in the end, THE LEFTOVERS is still a hopeful show, and for as much shit as its hapless subjects must slog through, there’s usually a light at the end of the tunnel. Never anything material or tangible, mind you, but instead catharses so profound that you’ll be left shaking in your seat.

Characters are THE LEFTOVERS’s strongest suit, and watching the cast grow and transform over the series offers a voyeuristic thrill not seen anywhere else. This isn’t to say that Lindelof invented character development as a concept, rather he honed it as a mechanic. The changes that people go through here are so dramatic in such a short span that the audience is forced to feel the same sense of bewilderment that the characters themselves feel on their journey, yet the show manages to avoid ever feeling contrived or convenient. While on paper, THE LEFTOVERS’s content would suggest an experience that would exhaust the viewer, the end result is, in fact, the most exhilarating drama out there. Me, after I hear you haven’t watched THE LEFTOVERS

It also helps that THE LEFTOVERS is never afraid to throw you through a loop. As Kevin’s paranoia grows, so does the frequency and intensity of his heavenly visions. Though since Kevin has a family history of dementia, and the only others who claim to believe him are either cultists or “crazy,” it’s left to the audience to decide how much, if any, of what they see is real. On top of boasting TV’s most unreliable narrator outside of HOW I MET YOUR MOTHER, THE LEFTOVERS is rather trigger-happy on shocking twists and bizarre imagery, lending the show a most surreal atmosphere of magical realism. You, after telling me that you don’t watch THE LEFTOVERS

So why is it then that no one is talking about one of my all time favorite series? Well, while the second season is absolutely spectacular, the first makes a few blunders. The action is simply too spread out to be reliably coherent, and some characters (*cough* Tommy *cough*) don’t feel entirely necessary in the grand scale of things. Throw in some real misfires as far as “teenage” dialogue is concerned and an early action segment that is wholly inappropriate for the show’s tone, and it’s not too hard to figure out why the show suffered an initial drop off in viewership.

Yet despite this, there is still a rock solid skeleton lying beneath it all. S1E3, “Two Boats and a Helicopter,” is still the best television episode I’ve ever seen. Besides being a darn good story focusing entirely on Reverend Matt, it teases how season two fixes everything wrong with the first. By framing an hour around a single character, THE LEFTOVERS is able to capitalize on its strengths without getting muddied up by actors competing for screentime. While only a handful (and the best) of season one’s episodes utilize this LOST-esque approach, the entirety of season two is based around these character portraits. Thanks to this, despite boasting a fairly large cast, THE LEFTOVERS feels refreshingly focused, much like that other Lindelof drama.

I don’t know what more I can even say at this point. To say I love THE LEFTOVERS would be the biggest understatement I’ve written on this site, and to further expound on its brilliance would be like beating a dead horse. THE LEFTOVERS is a modern marvel, the textbook example of a perfectly executed televised drama. Please, please, please stop doing yourself a disservice and check it out before the final season premieres, lest you get left behind, too.

Why Aren’t You Watching DEADWOOD?

More in Why Aren't You Watching? 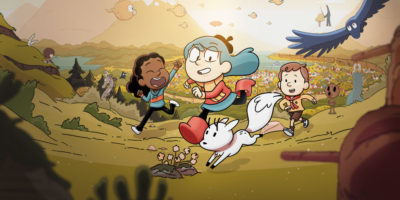 Why Aren’t You Watching HILDA?

By Anna MansagerJanuary 23, 2019
Why Aren't You Watching? 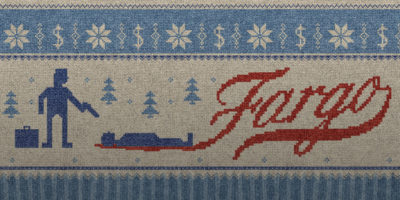 Why Aren’t You Watching FARGO? 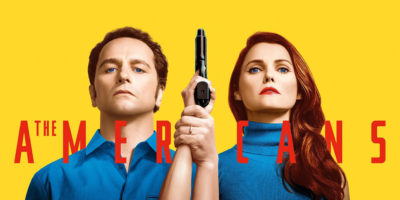 Why Aren’t You Watching THE AMERICANS? 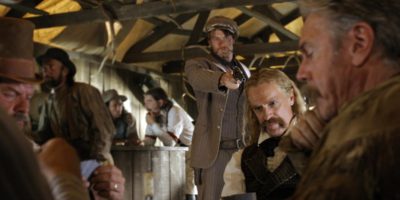 Why Aren’t You Watching DEADWOOD?