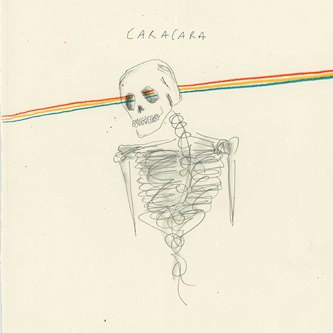 Emo from Philadelphia… what the heck do you think I’m going to recommend? With their debut full-length having dropped back in fall of 2017, the quartet Caracara returns with an approachable victory lap of an EP that’s already tailor-made for your summertime sadness playlists. The boys demonstrate a propensity for both the genre’s preferred longing and bittersweet lyricism (“I look back at descending wraiths / And remnants of the failed state / I knew you then and I know you now / But at some lost point you became untethered / Pent-up lusts and housing busts / You ask me why I care”) and a hook-driven grasp on songwriting whose effect never risks getting lost in labyrinthine math-y passages like some genre peers. The highlight is definitely the titular opener, whose Mineral-like grasp on steadily progressing tension and build bursts into an effortless, scream-along chorus that continues to steamroll into a frenzied and melodic outro in the way the Joy Formidable perfected exactly once with “Whirring.” But also of note are the noisier arrangements and piercing tones of closer “Learn Your Love,” which speak of a storied history with post-hardcore influences that develops into its own motherfucker of a closing statement. It’s short, it’s not-so-sweet, and it’s another strong feather in all-star producer Will Yip’s cap. If you like this sort of thing, this is the sort of thing you’ll like! Listen to BETTER on Bandcamp! [Thomas Seraydarian] 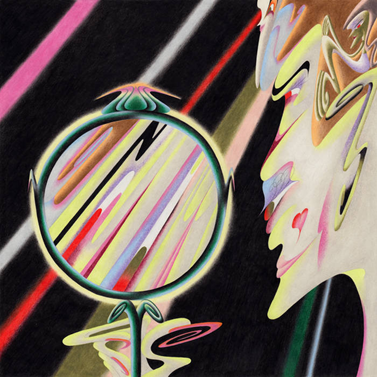 DREAMO. It’s a title that’s so perfect, so visual, so visceral, it’s genuinely shocking it hasn’t been used before. Simply reading it conjures images, be it a thick, textured, colorful, perhaps magical liquid, or a cerebral melting of dreams and nightmares and fantasies. Even one of its many potential portmanteaus (“Dreams” and “Draino”) is a fascinating object to behold—does it clean your dreams during sleep? Does it simply remedy nightmares? The possibilities are endless—a, if there ever was one, perfect made-up word.

Truthfully, DREAMO is a different portmanteau—“Dreams” and “Emo.” And while the album itself lacks some of the particulars of the emo genre, you can certainly hear the to-a-fault sincerity of most midwest emo in-between the lines of Teen Body’s sophomore record. Almost miraculously, the New York quartet make good on such a perfect name with an album that adequately nails almost any definitions of DREAMO. A tight eight songs, it’s about as fulfilling a New York dream pop as you could ask for, the kind that Capture Tracks all but perfected with Beach Fossils and Wild Nothing nearly a decade ago, but with guitars that ring with a more honed-in tightness and production that captures sharp melodic bliss, but not haziness or bedroom pop hiss. Choice cut “Validation” is a bold and bright pop song, and Shannon Lee’s voice is precise—certainly this brand of dream pop is more modeled after Slowdive’s stunning but specific vocal production, where the vocals of both Lee and Xela French rest cleanly above the music. You can hear it best in their harmonies on “Dead Drop,” where they duet cleanly above a building and satisfying guitar part. Teen Body aren’t afraid to really let things build either, with choice cut “Act Yr Age” offering their most satisfying chorus while spending its nearly seven minutes earning the groove it finds itself sitting in by the time the synths take over in minute four. Easily one of the best dream pop records of this year, Teen Body’s sweltering, late-night New York romp is not to be missed for anyone who is a fan of Launder, DIIV, Hazel English and the like—take a sip of Dreamo and let ‘er rip. Give it a listen over on the ‘ol Bandcamp. [CJ Simonson]