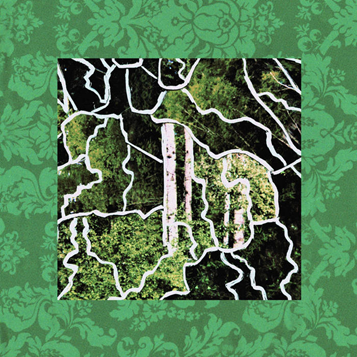 Favorite Tracks: All of them

In a few years time, Bruiser and Bicycle will be playing sold-out headlining gigs at every festival under the sun. It’s a shame they aren’t already, because they’ve just released an immediate album-of-the-year contender. On their first crack at a studio album, the duo from upstate New York hit it out of the park. WOODS COME FIND ME wastes no time in immersing the listener in a lush yet stripped-down soundscape reminiscent of SUNG TONGS-era Animal Collective. Acoustic guitars serve as the record’s nervous system, allowing the handful of other sounds plenty of space to play with. Many tracks employ both Nick Whittemore and Keegan Graziane’s vocals, which bounce off each other wonderfully. The guitars of “See Saw” similarly jockey for position in a hundred-meter dash before fading away as the most hypnotic part of the album rears its head. Lyrically, tracks like “Yonder” shine with innocuously sweet subjects like sausage for brunch, fish in a pond, or the repeatedly asked, “What’s in the food? What’s in the food?” Not three minutes later does the incredible “Cove” explode into a kick drum-led freak-out as both Whittamore and Graziane shout about care-free reassurances while the instrumental grows more and more anxious. There isn’t a single weak moment on the album, an incredible feat for such a young band with a discography so small, this record nearly doubles it. Spring has sprung for Bruiser and Bicycle; get in on the ground floor while you can. Give it a listen here. [Ryan Moloney] 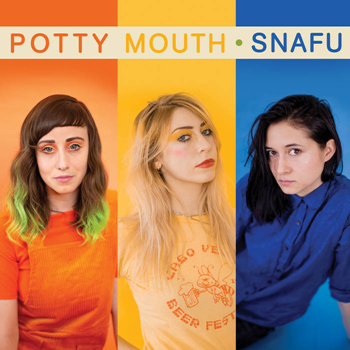 Like many (many) folks, I spent time this last week seeing CAPTAIN MARVEL (it was a serviceable MCU movie that had some structural issues and weirdly ignores explaining its own superheroes’ powers, but generally it’s a fun ride with some solid performances—you should read our own Aya Lehman’s review!) Ad nauseam, the film beats you over the head with ‘90s references, some fun, some tiring. Everything from Brie Larson’s Carol Danvers crash-landing into a Blockbuster or plenty of jokes about dial up internet and AltaVista, to subtle touches like Rock the Vote and MELLON COLLIE AND THE INFINITE SADNESS street team posters in the background of shots. The soundtrack for CAPTAIN MARVEL is, generally, meant to reflect the year 1995, and much like its superhero partner-in-crime, GUARDIANS OF THE GALAXY, the main music selections here are, in a word, broad. Carol Danvers is, as established by the film, filled with sass, sarcasm, wit, and a kind of relatable fierceness, and Larson plays the character with gusto. And for a good part of the film, Danvers, unable to remember her past and in desperate need of some non-alien clothing, sports a Nine Inch Nail shirt. But while the film’s larger, radio-friendly, mainstream ambitions would posit that Danvers being a NIN fan is realistic, the actual character they present would’ve actually probably been listening to Liz Phair’s EXILE IN GUYVILLE or Throwing Muses’ THE REAL RAMONA, neither of which, as I’m sure you can imagine, are featured on this soundtrack.

This is all a very long, convoluted road to simply say: Potty Mouth should’ve scored CAPTAIN MARVEL. Their latest album, SNAFU, captures the personality traits that we identify and relate to in Danvers’ character better than almost all of the song selections in the film. A collection of witty, bold, and emotionally cathartic radio-friendly garage rock, SNAFU recalls the snarling power pop and surreal radio landscape of the mid-90s when acts like The Lemonheads, Veruca Salt, and Juliana Hatfield held a prominent place in the musical landscape. It cannot be overstated how much these songs absolutely pop off the record, with selections that are not just instantly catchy and meticulously recorded, but actually demand visualization of what now feels like a bygone era when The Breeders had a hit on the radio. And that’s an important distinction to make: while the punky pop that the band explored half a decade ago in college on HELL BENT had twinges of ‘90s nostalgia, it was gruff and raw and quick. The actual production on their latest album is elevated to a degree that it could easily sit next to any of the aforementioned artists (or, as I would again suggest, on the soundtrack of a multimillion dollar superhero movie) and not seem out of place. SNAFU is, to use a word that’s rarely used for such a sound, cinematic. Not only do Potty Mouth themselves provide a vivid visual themselves on the cover, each with a calculated color and look that suggests they’re prepared to be the background band during a scene in 10 THINGS I HATE ABOUT YOU, but their music demands montage sequences and context. Imagine “Plastic Paradise” actually soundtracking the daytime mall trip it reminisces about, or ballad “Starry Eyes” hitting the moment the credits roll after the breakup lands and we know there’s hope. SNAFU touches on every variant of the grungy power pop palette too, from thrashing headbanger “Dog Song,” to Weezer-esque plodder “Bottom Feeder,” to the no-slowing-down pop rock of highlight “22,” each filling out the record.

The 1995 that CAPTAIN MARVEL chooses to examine is undoubtedly the one that our cultural hivemind zooms back to the quickest, one where TLC and Nirvana and No Doubt were musical behemoths that sat in relatively the same musical space. But as our nostalgia for the ‘90s grows, the nuance and specificity of something like SNAFU is so much more rewarding than a soundtrack with a wider, less narrow purview—give me songs inspired by Natalie Imbruglia’s “Torn” more than inconsequential scenes that just have Imbruglia playing on the radio. Danvers, if the presentation of her spunky fuck-all attitude is to be believed, would’ve been a huge Potty Mouth fan, and how are you to deny the theoretical musical taste of a character whose movie has made over 500 million dollars. Do yourself a favor and throw on SNAFU. You can listen to Potty Mouth on Bandcamp, and check out our interview with bassist Ally Einbinder here. [CJ Simonson]

BLACK MONDAY, FUTURE MAN, and the Television of White Lines