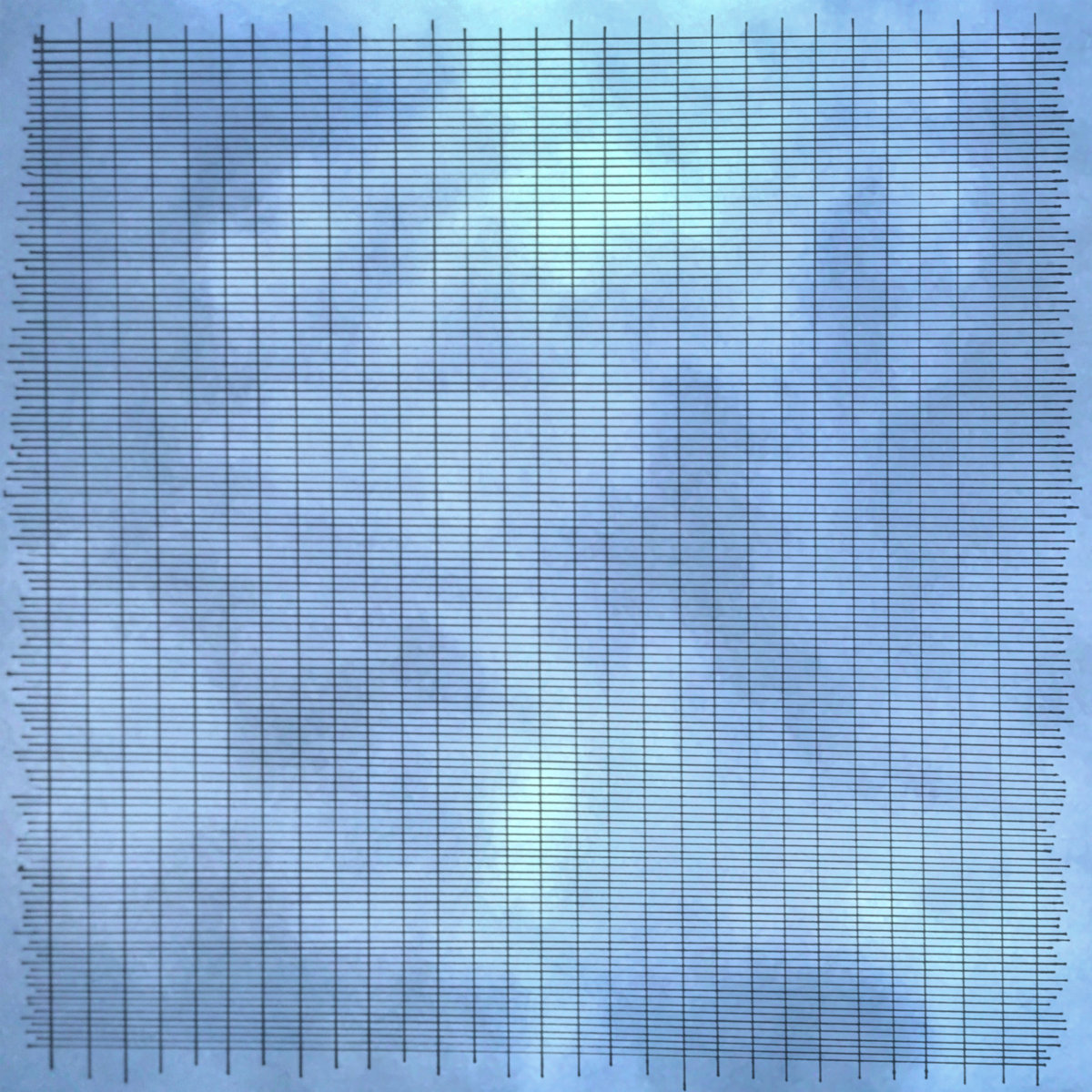 There’s a quote that most music critics know by heart: “Writing about music is like dancing about architecture.” (It’s either by Brian Eno, Elvis Costello, or no one who ever existed anywhere.) Which, aside from being a little disappointing, is a tad short-sighted; isn’t creating art about pushing boundaries like these, even if they’re arbitrary and a little asinine? At least Nova Scotia’s own Jane Bruckner gets it, and has done a similar kind of creative buffoonery with her five-song EP, AGNES. The titular AGNES is for abstract painter Agnes Martin, who served as the EP’s muse. Bruckner’s work is pretty simple, but nonetheless genius. She made songs about Agnes’ paintings, focusing on the repetition that’s inherent to Martin’s work as a kind of springboard into making music. (Bruckner says she also “left all human error in,” as it only further enhanced her connection to both Martin’s work and the larger theme of repetition.)

The end result is… very repetitive. As Bruckner herself explains. The record—made entirely with her “elementary school recorder”—is “five movements in the same song. A continuous inspiration that doesn’t end.” So, the difference between, say, “Reaching Zero,” a slow, mournful rumble of hushed ambiance and practically ethereal recorder, and “With My Back to the World” is so inconsequential you’d need a musicology degree to fully suss it out. But this EP is really an experience, about embracing the whole mega-gimmick and Bruckner’s earnest approach and letting yourself get lost in the magic that’s possible. It’s less an album and more like some synesthetic puzzle game—or a play-by-mail RPG with a soundtrack.

Qualifiers like “good” or “bad” don’t really hold a ton of weight—even if I would say AGNES is “good” in that there’s a lot of soothing ambience and great craftsmanship at play. The real indication of its value, though, is what Bruckner does in terms of playing with the ley lines between mediums; subverting expectations of what songs can (or cannot) be; and how ideas bleed between the minds of adventurous artists. It’s a gimmick, yeah, but all that doesn’t mean you can’t celebrate with a two-step, right? Listen to it now over on Bandcamp. 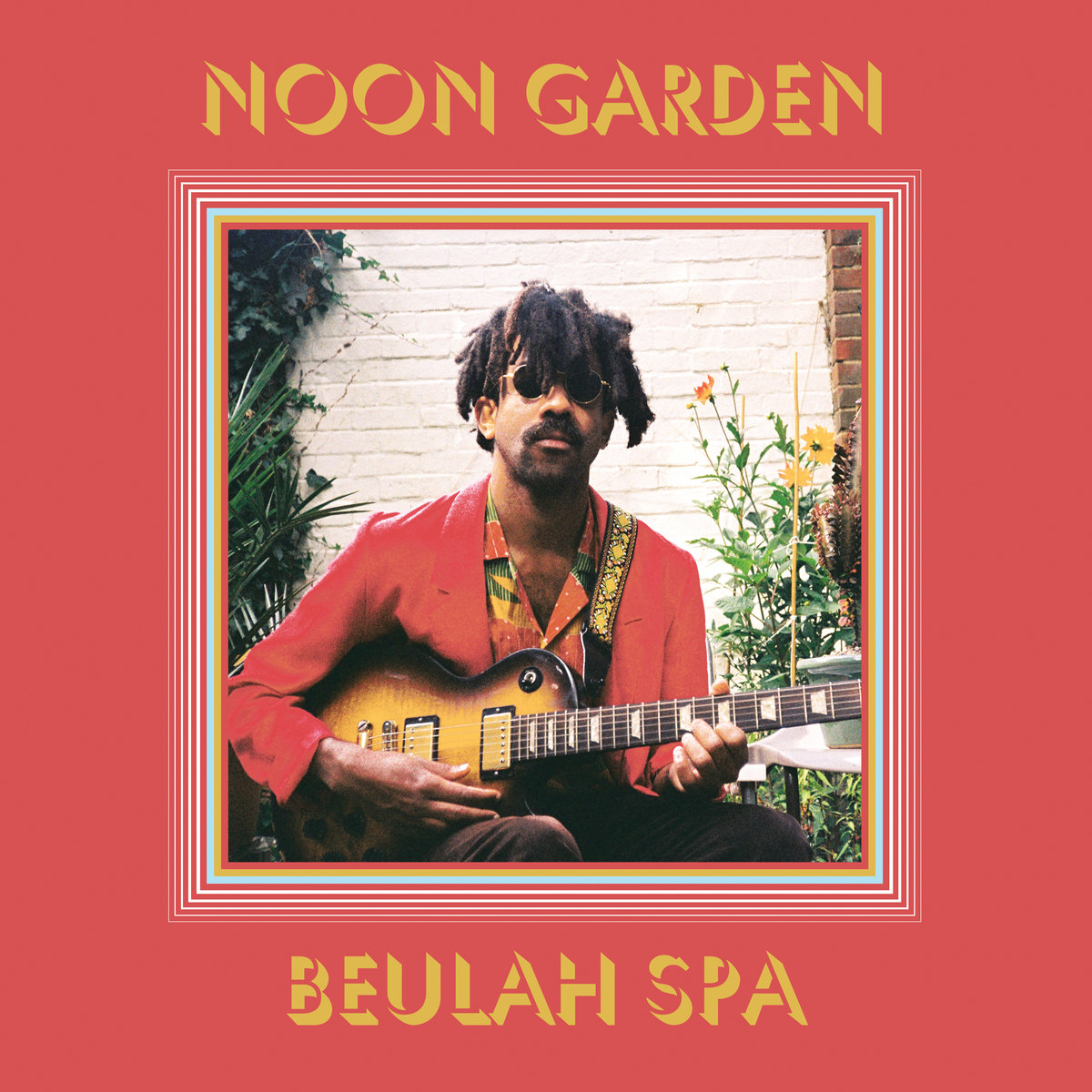 You know what genre gets thrown around a lot? Psychedelic rock. As if every song with a trippy guitar noise, or even the most minute connections to Jefferson Starship or Strawberry Alarm Clock, can be true, unfettered psych. Trippy vibes does not make a psych jam, and I think we need to be more discerning with what and how we label we label as psych. We can probably start with Noon Garden as some modern-day benchmark. The London-based musician and vibe master checks all the right boxes of pure psych on his latest album, BEULAH SPA. There’s the appropriate blend of everyone from Francis Bebey to Shintaro Sakamoto at play here. And don’t even get me started on the contact high I got from staring at the album art. But luckily Noon Garden (real name Charles Prest) uses the album proper to make his case for a proper kind of psych.

For one, the seven-minute title track kicks things off proper, unfurling an ethereal dance party from a groovy dimension. (All that rich bass and synth should melt your brain and reform it into neon-colored patchouli incense.) And that’s a vital start, as Prest gets what it means to ride those boundaries between pure relatability and something that feels deeply transcendent. It happens in the shimmery jangle-pop poetry slam of “Desiree”; in the asinine-but-equally-glorious lyricism of “Dud Day” (please see “Let the mind run / I’m falling in, only when I focus on wonders”); and even in the blasts of world music and electronic that color the tone of “Villa.” Prest pushes boundaries and tows the line in such a way that he always seems to sound familiar in his musical choices while still innovating with nuance and grace.

I think about a song like “Budaiya,” which isn’t necessarily an album standout, but is a powerful distillation of Prest’s unheralded skills. The way to bring people into some strange new world can be done in two minutes if you strike the right blend of sonic aesthetics, great musical chops, and a presence that is sensual without overwhelming. The same mostly goes for “Annapurna Guest House” (which is a real standout): you can do so much with some simple grooves and vintage sounds before leaving it all behind as you transcend into the real promise of psych: something that feels poignant and moving behind all the “gimmicks.” If Prest isn’t psych enough for some, that’s fine with me. His work more than speaks for itself, and he carries a banner as it was meant to by both embracing essential bits and still trying to carve out new dimensions for himself artistically. In that sense, he’s the walrus and the lizard man and all that noise, and I want him to bring me to the promised land pronto. Listen to it now over on Bandcamp.