It’s our Bandcamp Picks of the Week, with the theme of the week being the color green featuring albums from Mint Green and Green/Blue! 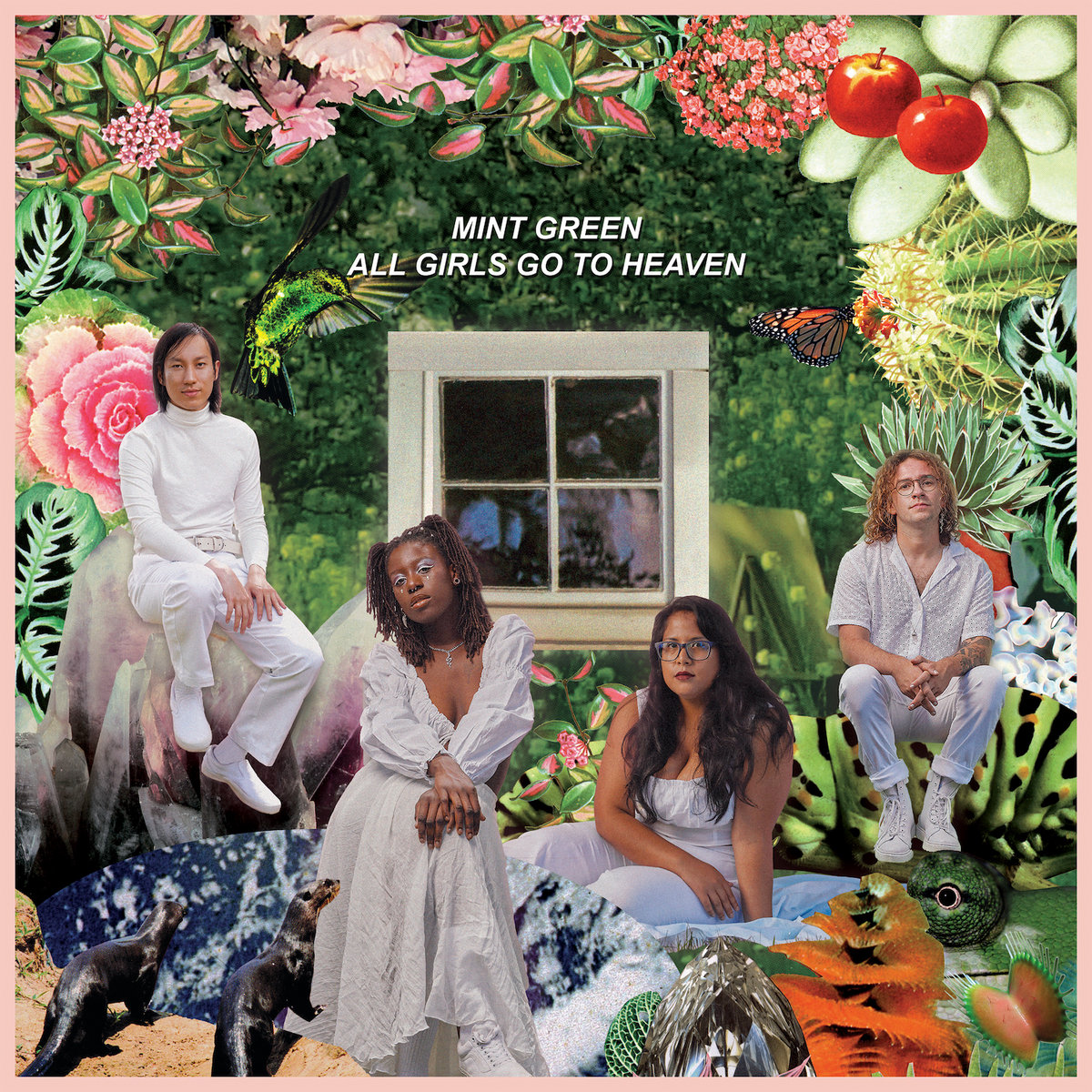 Forget what they say: when it comes to records… you can often judge a book by its cover. In the case of ALL GIRLS GO TO HEAVEN, from Boston’s own Mint Green, you can expect playful, slightly left-of-center indie pop jams brimming with equal parts profound sincerity, Gen Z levels of emotionality, and color and vividness galore. Take that, Annie Leibovitz. The cover may not give the entire story, but it should prepare you for the sort of essential offerings ahead. Album opener “Against The Grain” is a gentle ballad by way of Stevie Nicks or Letters to Cleo. From there, the foursome pivots into a big Superchunk-ian ballad with “What I’m Feeling.” And there’s more sudden left turns, like “Ready,” which could be a Speedy Ortiz deep cut, or “Whatever Happens” and “Ringtone,” both of which feel like an angstier Aimee Mann.

So, are they just aping some potential musical heroes/influences? No way—it just feels like Mint Green aren’t afraid to embrace the past, and all that accompanying, extra robust sonic and romantic energy, to build a solid foundation of great hooks and a bright aesthetic tone. (Said tone translates to, “Great rock band from a really entertaining indie flick”). From there, a few key points are positioned to really shine. Like, lead singer Ronnica, who brings a certain, sturdy sense of theatricality to rich ballads (“Make Me Stay”) and a level of depth and complexity (“Whatever Happens”)—the mark of a truly powerful front-person. And speaking of complexity, the rest of the band flourish in towing the line between indie-levels of directness and more virtuosic displays. That includes the aforementioned “Whatever Happens,” which balances an infectious simplicity with some great structures. Or “Trying,” which gives the band’s overall sense of cohesiveness a time to shine while furthering their ability to electrify listeners with big, lush sounds. That’s really a major draw of this record: it feels profound and moving, even if it maybe is overfamiliar or without breaking new ground.

Ultimately, it’s both Ronnica’s star quality and their collective musical depth together that push the band into new heights, moving from another indie band who know the right buttons to push to a group doing some interesting things with the larger indie rock confines. It’s exemplified in “Golden”—whether it’s the dramatic production quality, those massively gorgeous vocals, and/or just the rich tones throughout, it’s a song whose mere existence, big and brash as ever, makes it more powerful than its actual components.

Mint Green dazzle with every tool in their bag, and by celebrating the album covers stapled to their indie rock hearts. There’s familiarity galore, but it’s all done in a way to make you rethink the appeal of this work and how newer acts can still contribute to the next wave of daring and engaging indie music. If a picture is worth 1,000 words (to appropriate another cliche), hopefully this cover screams, “Turn me on and get ready to sing and dance your heart out.” Listen to it now over on Bandcamp. 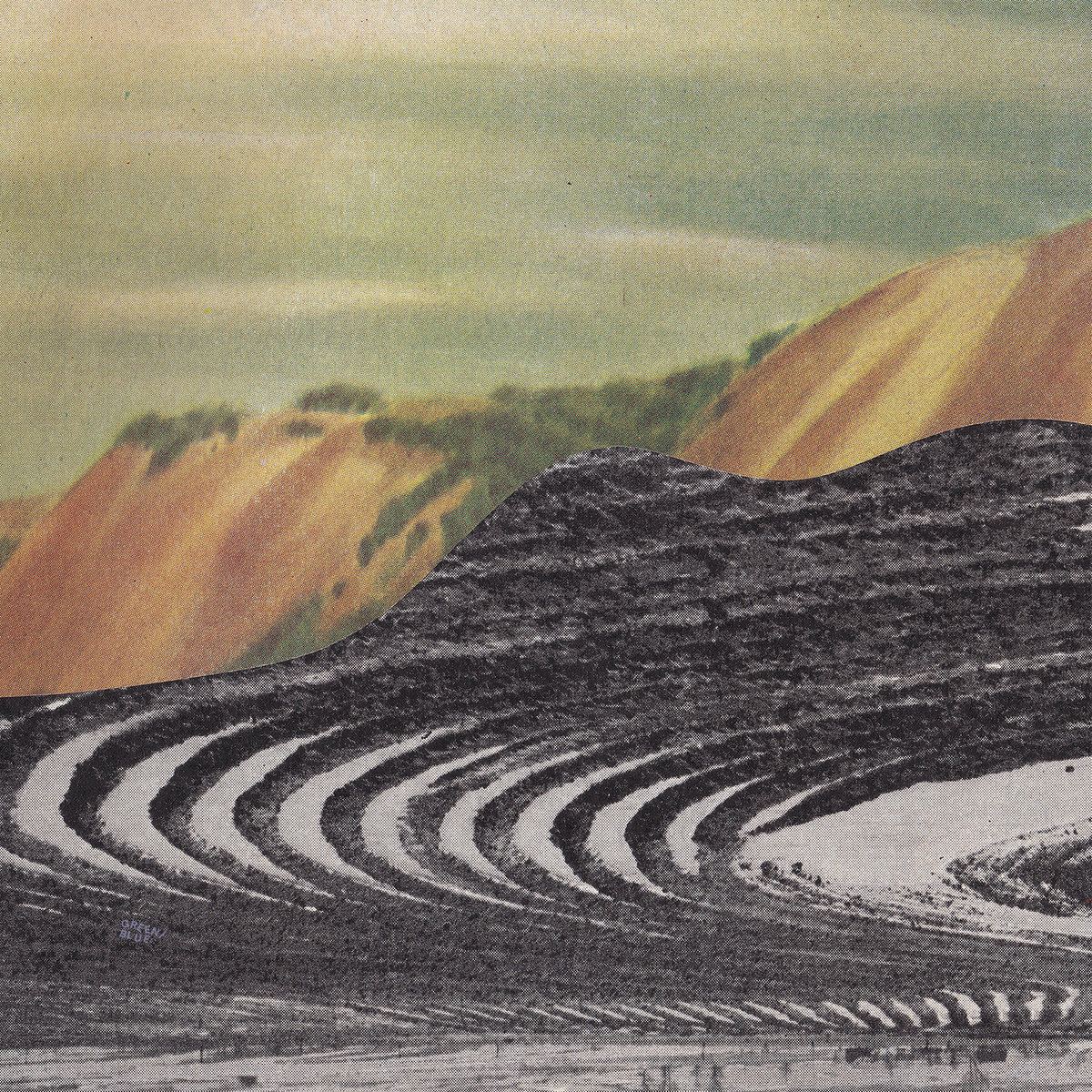 What does Minneapolis, Minnesota sound like? Is it a million voices exclaiming, “Doncha know?!” in cheery unison? Or maybe 2,000 scrapping forks on an empty plate of Snickers “salad”? I’ve never been to that beacon of the Midwest, so I don’t know for sure. But maybe it would sound a bit like Green/Blue. It would make sense on some level at least. The post-punk outfit’s four members—Jim Blaha, Annie Sparrows, Hideo Takahashi, and Daniel John Henry—have been in several other beloved local bands, including the Soviettes, Blind Shake, and Birthday Suits. And that prowess and veteran status really helps define and inform their latest album, PAPER THIN. So much so, in fact, that it feels like an aural map of the city. (Or, more precisely, how one idiot could see a rich, multifaceted city he’s never even visited.)

The first thing I think of when contemplating the Twin Cities is a sense of community and warm vibes, a benchmark of any true Midwestern haven. Those sentiments are all over the 10 track album, from the jangly-meets-crunchy guitars of “Again” to the vocal/melodic interplay in “Moving On.” It’s mostly found, however, in the overall production quality, where that lo-fi aesthetic makes everything feel like a rock concert happening amid a mid-December flurry. It’s both a comforting and intriguing effect, and it gives the LP so much depth and texture. Of course, Minneapolis isn’t just known for its good-natured denizens; the whole region has a rich history of great indie rock. You can hear it in “Gold,” which blurs both The Replacements and Hüsker Dü into a hazy indie jam. Or, the light tinges of a Dillinger Four in the more “morose”-sounding “Blank Stairs.” It’s not overt, but Green/Blue capture a lot of the same themes and energies as their “forefathers,” taking post-punk in both new, more energetic directions while absolutely nailing the core aesthetic. It’s a great new chapter for indie rock born out of a specific tradition (even if that tradition’s always felt mostly free-wheeling).

And you can still feel the Minneapolis vibes elsewhere. Like, the album’s emphasis on “icy-cool confidence,” which may sound infinitely more hip, but just feels distinctly “Midwest.” (See “Floating Eye,” which, like the full-band pic, defines that vibe in such a distinctly weird and slightly dweeby way that it feels 10,000% Midwestern.) Or that the whole LP runs roughly 25 minutes, a sort of efficiency just feels extra neighborly. Regardless, this breakdown has been just one (slightly silly) way to understand a generally great album. It’s an LP that’s both very much of an engaging tradition and overarching community, while standing alone as this weird, rocking artifact that one can celebrate and play with accordingly. It hums with a great warmth despite some profound detachment; it tears through hallmarks while holding each one dear; and it is both of a place and yet joyfully disconnected. In short, a genuinely great punk rock record, and one more filling than 100 Ambrosia salads. Listen to it now over on Bandcamp.