A year-and-a-half later, I still cannot believe that The Capitol Riot happened. And believe me, there isn’t a chance that I will forget that it happened: there ain’t a single donation-hungry blue state candidate in my emails that hasn’t reminded me. Beginning last week was the opening to the frankly genius decision by The House to frame the select committee hearings of the January 6th “insurrection” as a primetime television event. The first night brought in 20 million viewers, with subsequent hearings scheduled through the summer. The only other series vying for public attention this aggressively is STRANGER THINGS. With distance from the day itself, it’s fascinating to see the very successful and sharp pivot of propping up that riot as an emergency bulletin to packaging it as the single most effective communication device in the American arsenal: a blockbuster.

No one’s really tuning into these hearings to witness swift, 16-months-later justice, or to hear from a cop about how she got a boo-boo from slipping on a concrete staircase. Democrats that are scared to their bone marrow about “the attempted coup” by a legion of meth-head entrepreneurs and loyal desk jockeys; sure, they’re watching these hearings to get more scared so they can keep doing less, but God bless ‘em for being so attached to their imagined free democracy. Very evidently, there are worse things to believe in. But Liberals flounder under the veneer of limp aesthetics and feeble-minded initiative, or lack thereof. Your inbred Republican neighbor watches this footage and is graciously moved by the potential of their coalition, and the power they can yield if that neighbor organizes with another neighbor, and then another neighbor, and their neighbors’ neighbors, and then their kids will arrange the purchase of weaponry over Discord. The power of the moving image, and all that. “Vote Harder” is not a legitimate tactic in the conservative tacticool belt, and it never truly has been. As they have taught us, time and time again, the lashings still raw: the best way to perform terrorism is to just do it. So what’s the counter-response to this grassroots, digital radicalization? Well, last week on Kimmel, President Joe Biden pinned his optimism for our generation on the fact that companies now use “biracial couples” in their TV advertisements. We’re showing up to these hearings to see some juicy new footage. To our violent ends, you offer nothing but condolences, so I will naturally only offer my laughter when watching you face the red-hot fury of yours on ABC News. 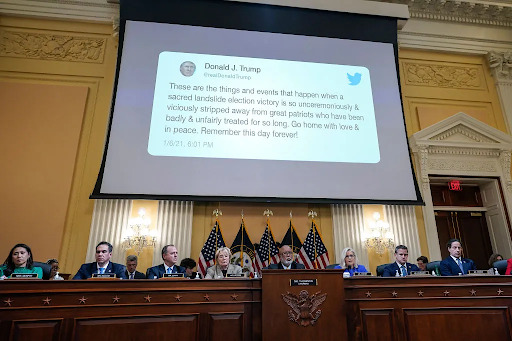 On January 6th, I was glued to livestreams upon Twitter threads just drooling over these insane images of middle-aged slobs jaunting at a half-skip as riot cops suddenly forgot how to body slam protestors. Capitol officers sobbing at having to incapacitate fellow Republicans like they’ve been tasked with putting down Old Yeller, and hogs too unequipped to commit a proper mass act of violence like their shooter brethren have before and since; instead, frenzied batches of small business magnates firmly demanding that a guard brings out Nancy Pelosi for her ritualistic sacrifice like they’re asking a 20-year-old Target employee working the holiday season to check “the backroom” for any PS5s. Cops got beat to smithereens, and a bunch of COVID-spreading freaks got a free tour of our nation’s Capitol without even having to waitlist an appointment. Many look back on these images with shame, horror. For me, and for secretly many others distanced from the sanctity of our sham political institutions who were raised on screens? It was pretty great TV.

All of these clips live on Facebook and Twitter to the tune of millions of views and likes. Despite Jamie Raskin’s assurances that the committee isn’t in the business of entertainment, the zeitgeist overwhelmingly claims otherwise. We’ve already ditched the Buffalo shooting. Uvalde’s on its way out unless there’s a bombshell report that the cops evacuated kids *into* the classroom with the shooter, a fuck-up that I just imagined right as I’m typing this, but now that I’m still typing, seems kind of likely given how catastrophically they fucked up. We have seen how this country sidelines ugly domestic disasters to resume normalcy: while it may seem obvious why the staying power of The Capitol Riot has sustained, it doesn’t make it any less out of character for us. And how lucky we are that it’s back in the spotlight. Tucker Carlson running an ad-free hour of his program just as counter-propaganda to the televised hearings? Hilarious! Even the dying on January 6th was funny. Some lady from Kennesaw, Georgia with a “Don’t Tread On Me” flag was presumed trampled to death, but that was a naughty media-propagated myth, because in actuality, while she was indeed trampled, her heart gave out from an amphetamine overdose. The wife of a 55-year-old dude from Athens, Alabama who keeled over after his cardiovascular system froze solid explained that he was simply too excited, like a dog at the beach who accrues Happy Tail Syndrome. You’re honestly telling me that TOP GUN: MAVERICK is a great American entertainment when all this exists?

Okay fine, you silly bitch, I’m gonna talk about TOP GUN: MAVERICK, a movie whose vocal lovers should be legally obligated to publicly present their Pentagon paystubs for vouching so hard for. 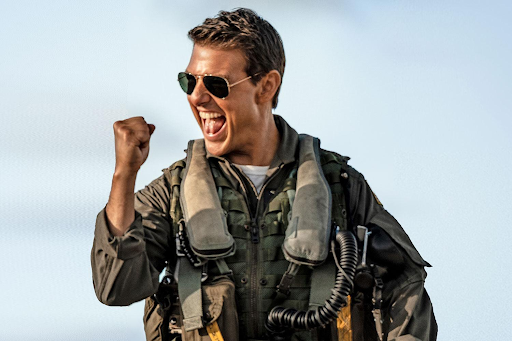 Weirdly enough, the connection between TOP GUN and The Capitol Riot isn’t as flimsy as you think: both are long-awaited legacy sequels (MAVERICK returns 36 years after Tony Scott’s original, and the British burned down The Capitol in 1812), and either can be sent to foreign audiences as an acute portrait of the accomplished cultural perversity of the United States of America. For my money, though, I’ll take Baked Alaska’s self-incriminating Facebook livestream any day over this boring shit that’s now on track to become the highest grossing picture of 2022. If I wanted Applebee’s, I’d just order buffalo ranch potato skins like an actual patriot. Why do you “the politics are bad, I know, but I love when planes go fast” nerds love movies so much? You’ve chosen media consumption as your primary form of civic action, the least you could do is a smidge of critical scrutiny, if not for the betterment of the landscape then just for the illusion of productivity. And why do you treat the sequel to one of the 20 most popular American films ever made as a smol-bean mooviee made by awtists who just worked rlly hawwwdddd? What are we doing here?

This and AMBULANCE are interesting kinfolk: two 2022 tactile pleas for embrace from algorithmic modernity as hollered by ‘90s auteurs who—either intentionally or unwittingly—prove the worthlessness of America’s authoritative institutions by making up completely outlandish stress tests to justify our military spending. MAVERICK creates a rogue, unnamed nation that the boys have to pull a NATO drive-by on while Jon Hamm silently tries to kill off his remaining pilots to make way for a drone program. It’s a bleak state of affairs where Maverick’s boss is outspoken about his fetishistic desire to intentionally down pilots with a kamikaze mission—a proposition Maverick is not shocked by, but rather exasperated to be faced with yet again—and it presents this uncanny dissonance where Cruise’s cloying pursuit of a classical entertainment is at utter odds with how unfulfilling his character’s life is presented to be. The “danger zone” is just suicidal depression. The colors are chillier, the cinema is insufficient therapy for Cruise’s paternal abandonment, and the emphasis on this lovable ensemble of winged brats is one of many ways the enlistment practices are scummier. I didn’t like TOP GUN when it was Tony Scott behind the wheel, was I really supposed to hold out hope for *reads notes* Joseph Kasins *re-reads notes* Kosinski? Motherfuckers really went from “The MCU is in its slump era, it’s killing cinema, I’m over it” to just revealing that they want the careful, meditative, transcendent craftsmanship of maestro Jonathan Favreau’s IRON MAN again. However, because I am a conditioned American, I was entertained by the third act where Tom Cruise and Lil Tom Cruise terrorize Iran. Old plane versus new plane, sprinting into a snow base to hijack their shit, hugging your dead friend’s son and hanging out with him in your airplane hangar trailer park. It was kinda awesome. 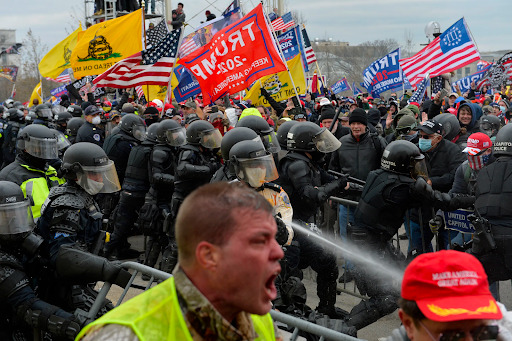 Cruise’s personal confessions were more powerful, and subtler, in MISSION: IMPOSSIBLE – FALLOUT, a movie where he constantly apologizes for the disturbances he’s responsible for while shattering his ankles to ensure the happiness of everyone around him: it’s been two in a row now specifically about the responsibility and ownership of mystic superstardom. Movie stardom really is dead if The Last One is constantly having to profess his own. Cruise’s way of being is less actorly and more mercenary, game to recruit agents of any field for whomever hands him the capital to preserve his messiah status. This is a man whose filmography jumps between anti-war character pieces, religious agitprop, and the defining jingoistic work of contemporary American fiction, and it was all dependent on if he was in the mood for gross points, an L. Ron Hubbard award, or an Oscar nomination. His latest era, no matter how death-defying, sees him at his fullest freak potential. What it additionally professes is a hope shared with the hearings: maybe Democrats will actually have some light beneath them to enact just a little hostility against conservatives, even if by accident, and maybe TOP GUN ushers a cinematic return to physicality, both in spectacle and theatrical distribution. Democracy *and* the Hollywood dream shall live on! Similarly, both are unlikely.

This semi-organized siege was never destined to succeed, whatsoever, though it was the rare mainstream display of a fearsomely reactionary undercurrent that’s become something closer to the rising tide. Far-right paramilitaries deeply ingrained in the American political body using the crumbling, heart-diseased bodies of their ingrate countrymen as a breaching WORLD WAR Z tidal wave of farting soon-to-be corpses. White supremacist psychopaths who will accomplish their agendas by force are not some deep South niche, nor were they ever. Radical Leftist Los Angeles is as fascist as it gets, baby. It’s not some unhoused crackhead you’ve demonized in your imagination as taking up sidewalks only so they can one day vivisect you with a bonesaw, or an armed robber on Melrose that are the boogeymen in your pretty little life. It’s Payton Gendron and Brenton Tarrant and Marjorie Taylor Green and The Patriot Front, and the whole lot of them. When you walk out your door, they’re the real not-so-invisible threat breathing down your neck. This is a very bad, no good, disgusting situation we’ve got ourselves into, aided and abetted by the material culture of nationalistic exceptionalism we’ve imbued in all our brain-broken media. But man that shit was kinda awesome. 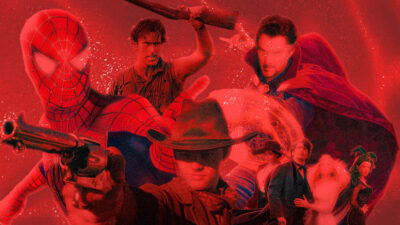 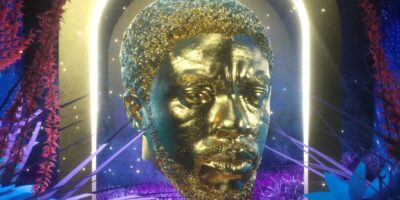