PlayStation was done with E3 earlier than most, even before its sorry state in 2022 (canceled, reconfigured as a collection of loosely connected livestreams overseen by Geoff Keighley). Sony’s June State of Play games showcase served as yet another example of just how different things are for the company, and the industry as a whole two years into the pandemic. Namely, most everything announced during Sony’s event, and plenty of the games shown on streams during Not-E3 (Keigh-3?) won’t be coming out anytime soon.

That vaguely open-world take on STREET FIGHTER 6 with daddy Ryu? It’s not coming out until next year. Ditto for that shiny new remake of RESIDENT EVIL 4. But that doesn’t mean there weren’t some interesting announcements arriving this year—and next.

STRAY is a cyberpunk cat game that seems part action platformer and part adventure game. It looks great, the cat seems cute as hell, and it delightfully seems to go beyond what you’d expect from a game about a cat, as in, there might be a truly interesting post-apocalyptic world to explore here. That being said, I’m told there’s a dedicated meow button so I think a lot of people could be very pleased when it comes out July 19th.

From the developers of OLLI OLLI, a roller derby game, with deadly weapons? It’s a strong pitch, and the action-packed gameplay shown at Sony’s event makes the game seem stylish as hell. Also that art style! I love the comic book aesthetic developers have been adopting as of late. ROLLERDROME arrives on August 16, 2022.

ALERT! ALERT! An anime action game that’s also a dating sim. ETERNIGHTS seems explicitly designed for a very particular kind of freak, but the fusion of genres could be legitimately fun if they combine in interesting ways. A boy has tentacle arms, which I’m sure won’t be used for something gross. (This game technically isn’t supposed to come out until 2023, but I’m leaving it in for the freaks.)

SEASONS: A LETTER TO THE FUTURE

The development of SEASONS has reportedly been deeply troubled, which casts a decidedly dark light on the game. Its art style and vibe still make a great impression, suggesting some kind of soon-to-come cataclysm that the player character is charged with understanding, along with recording the lives and sounds of the world before it ends. There’s some awesome bike riding too. SEASONS comes out autumn 2022.

A Bunch of PS VR2 Games

Sony announced VR versions of RESIDENT EVIL VILLAGE, and a new updated version of RESIDENT EVIL 4. THE WALKING DEAD: SAINTS & SINNERS––CHAPTER 2: RETRIBUTION, the most unfortunately named zombie killing game in the world, also made an appearance. NO MAN’S SKY, possibly the greatest comeback story of games, will get a PS VR2 version. And HORIZON: CALL OF THE MOUNTAIN, a genuinely standalone story set in HORIZON’s world, seems like a beautiful, pack-in game if that’s what it ends up being. Overall, Sony’s is trying to guarantee that PS VR2 will be a success, even if it can’t exactly guarantee you’ll be able to buy one (or the PS5 you’ll need to run it). 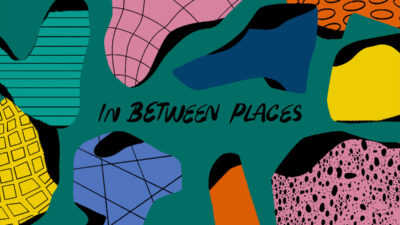