Thanks for clicking into our end of the year coverage! Merry-Go-Round Magazine is an independent culture site funded by people like you! With 2023 in full swing, we’re looking back at our favorite games and gaming trends from 2022 through a series of personal essays. In this entry, the current questionable state of one of the most popular and recognizable media franchises of all time. If you’re enjoying our End of 2022 Coverage, consider becoming a member of our Patreon, or even donating to our operation here!

2022 was a monumental year for fans of pocket monsters. Not only did Nintendo and the Pokémon Company publish two new major additions to the Pokémon series of games—open world ones at that—it also retired the Pokémon anime’s longtime protagonist, Ash Ketchum, marking a series period of transition for the beloved franchise as a whole.

Perhaps more revealing was the quality of the two new games—POKÉMON LEGENDS: ARCEUS and POKÉMON SCARLET and VIOLET—and how they illustrated that the yearly demands of releasing new collecting and battling adventures might be too great for Pokémon’s current stewards. ARCEUS and SCARLET/VIOLET, for how innovative their methods are at realizing what “open-world” Pokémon could be like, are rough games. Nintendo sold 10 million copies of SCARLET and VIOLET globally in just the first three days the game was released; the series is as popular as ever. But it’s also clearer than ever that the CALL OF DUTY-esque demands of releasing an increasingly complex game every year might be too much for developer Game Freak to reasonably meet under its current time constraints. 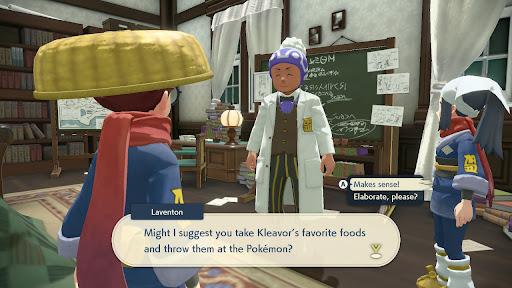 Intentional or not, this game is also just very funny.

If you just looked at POKÉMON LEGENDS: ARCEUS in a vacuum, that might not be apparent at first. A surprise announcement in 2021 almost a year before it was release in 2022, ARCEUS does right by the idea of a modern-day Pokémon game by slamming an anime-ass “isekai” story in colonial Sinnoh (the region first introduced in DIAMOND and PEARL with important connections to the wider Pokémon cosmology). ARCEUS is about a young child flung into Pokémon’s past—like the invention of the Poké Ball past—who’s forced to contend with the early development of pocket monster culture. Through a series of open-world “zones” (think MONSTER HUNTER) you capture and battle Pokémon, test out Poké Balls, and get to the bottom of why you time traveled to ancient Sinnoh in the first place. The game doesn’t handle the ickier parts of colonialism gracefully, but it’s a fun story that acknowledges the over-the-top anime quality that’s always been in Pokémon’s DNA and made it such a natural fit for TV.

Visually, it wasn’t a stunning display of what the Switch or Pokémon is capable of, but it got the basics of what might make an open-world Pokémon game interesting far better than the wild areas in POKÉMON SWORD or SHIELD ever did. You could catch Pokémon without ever having to get into battle with them just by throwing a Poké Ball, there was actual thought required in tracking and finding Pokémon in specific sections of the games gigantic map, building the Pokedex required catching multiples of the same Pokemon under certain conditions, and side quests were elegantly integrated into the overall story. It made just seeing Pokémon existing out in the wild enjoyable. It lets the monsters be monsters, so to speak. Playing it at the start of the year I felt confident that with enough time and polish, Pokémon could become the great open-world game it was always meant to be. 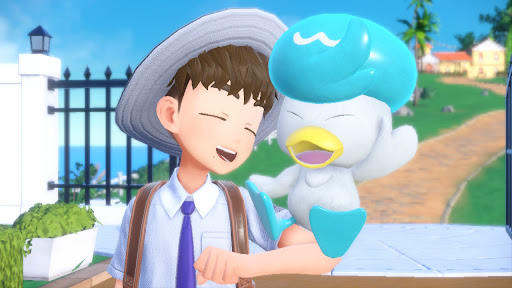 The best part of this game was this gay duck.

POKÉMON SCARLET and VIOLET quickly dashed those hopes. The second (well, technically second and third) Pokémon games released in 2022 carried over the big picture innovations of ARCEUS—a sense of scale, little creatures animating out in the open—but dropped many of the best parts of the earlier game in its transition to Paldea (the series’ stand-in for the Iberian Peninsula). Gone were the streamlined ball-tossing interactions, everything was about battling again. The TV-structured, almost episodic storyline was stripped. Instead, there was narrative bloat, a choose-your-own adventure triple-storyline that it turns out isn’t really choose-your-own-adventure at all if you actually want to finish the game.

And then there were the bugs. If ARCEUS was rough around the edges, the first few weeks of SCARLET and VIOLET were a car crash of game-breaking and frankly embarrassing bugs. These ranged from total slow-downs in the more complex, Pokémon-filled parts of the game’s map, to just visual oddities, but they soured the perception of the game from the start. Which is unfortunate, because even if the story and narrative structure of SCARLET and VIOLET leave something to be desired, the experience of motorcycling through the game on the back of Cyclizar from the future or past and seeing little creatures be total weirdos out in the wild is great. The battles themselves are fun, and even if the new mechanical wrinkle of Terastallization serves as an unfortunate metaphor for how cheap the modern elements of the game feel, it does make planning type match-ups more interesting. 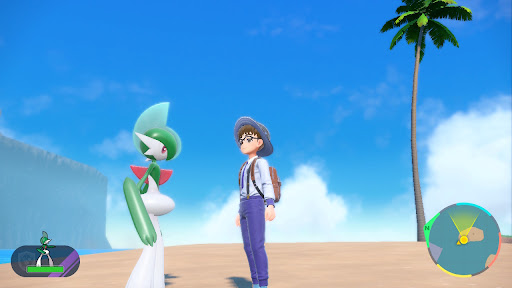 The empty world leaves something to be desired.

It’s easy to see the two games’ release as a linear progression, an early, if underbaked success leading to an even bigger fumble, but given the nature of game development and Game Freak’s likely limited resources, POKÉMON LEGENDS: ARCEUS and POKÉMON SCARLET and VIOLET, are really two different takes on the open-world Pokémon pitch. The issues in either aren’t indicative of their developer’s inability to break its tried and true formula, but rather an expression of how intense the timeline Nintendo and the Pokémon Company have them on is and how challenging the transition to 3D games has been. It’s clear there’s plenty of potential in a Pokémon game that’s open-ended, exploration-driven, and mechanically flexible, but will a more polished version of those ideas ever be allowed to be released? It’s hard to say.

A year with two major Pokémon games is exciting, sure, but a year with one good one is preferable—for players and developers alike. 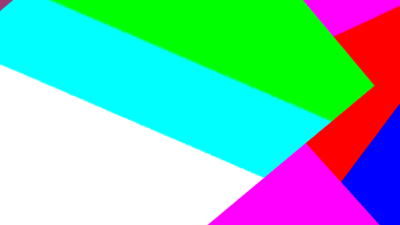