Geoff Keighly is the ringleader of Summer Game Fest / Not-E3, and technically the Summer Game Fest stream is his baby. But much like the Game Awards, and Keighly’s best intentions, it also ends up feeling the most corporate and wooden out of a collection of live streams that are mostly ads in the first place.

I’ll spare you the confusingly-named CALL OF DUTY: MODERN WARFARE 2, and the strange trend of space horror games that fill out most of the event, and just say that the truly exciting games, at least for me, were few and far between.

But the best bit came after Keighly’s show, at Double Fine and iam8bit’s Day of the Devs. If you want to see a diverse collection of smaller games, with space for the developers to actually explain why they made it, Day of the Devs is the event to watch. And there were some exciting games!

An existential game about playing a fly (where your location determines how long your fly lives) TIME FLIES basically tasks you with giving your fly a full life, completing tasks, and exploring. It seems hilarious and legitimately fun to play.

A platformer not dissimilar from something like LIMBO, but set on a colorful alien planet, where you play as a little girl whose world is set to be colonized by other aliens. There’s a cat-like companion that’s afraid of water (it’s also…psychic?), giant robots, and a wonderful sense of space. It seems like a chill adventure, with a striking epic score.

CHOO-CHOO CHARLES is an open-world horror game where you travel through an island by train, pursued by a clown-faced spider train named Charles. Your train is upgradable, you’re literally shooting “on the rails,” and the spider train seems to not be the only malicious force after you. CHOO-CHOO CHARLES is made by a single developer and it seems deeply ambitious and legitimately horrifying.

ESCAPE ACADEMY is an escape room adventure game that you can play solo or co-op. There are hidden passageways, multiple types of puzzles, and unique characters. Navigating the game’s interconnected escape rooms seems like a lot of fun to play with a group of friends.

A LITTLE TO THE LEFT

A LITTLE LIFE is a chill puzzle game where puzzles are hidden in the finicky kinds of sorting you do in your day-to-day life. Interestingly, the minigames have multiple solutions, and there’s a cat that can muck things up seemingly at random with a swat of its paw. A LITTLE TO THE LEFT seems to be as much about understanding the logic of the game, as it is about solving the puzzles themselves.

SIM HOSPITAL, but make it a bed and breakfast run by a family of bears. BEAR AND BREAKFAST has a charming cartoon aesthetic and all of the satisfying managements sim content that makes me deeply interested. According to the game’s developers, you play through a story rather than a series of levels, and apparently, there’s some kind of sinister bear-realted subplot to discover too.

A pixel-art Metroidvania where you play a blob…in a…well? ANIMAL WELL has a horrifying collection of animals, strange upgrades and items (you give a frisbee to a dog at some point), and a slick, simplistic, neon look. Is suspect there’s a lot more going on in this game than meets the eye.

A top-down swimming game with an absolutely gorgeous, bright, and colorful art style that’s almost chalk-drawn in its aesthetic. You play a Naiad in NAIAD, swimming through rivers and lakes, cleaning the water, meeting animals, and collecting flowers. There’s possibly a dark environmentalist river bottom hiding in NAIAD, but at least on the surface, things seem lovely.

A farming sim set in the Stone Age, ROOTS OF PACHA seems a lot like STARDEW VALLEY, which is usually not a bad thing for indie games. What’s most interesting is how the developmental improvements you unlock as you play stack up over time to unlock new mechanics. Not exactly an anthropologically correct representation of human development, but an interesting one.

DESTA: THE MEMORIES BETWEEN

DESTA: THE MEMORIES BETWEEN is a mix of tactics, role-playing, and sports, focused on a ball game you play in your dreams. It’s from the developer UsTwo who previously made MONUMENT VALLEY, and besides already looking really distinct it will probably be just as elegant and expressive as the company’s first game.

SCHiM is a platformer where you move between shadows in a frog-like motion,  trying to make it back home and help other Schims along the way. It’s hard to overstate how fun this seems to play, especially when the shadows you’re jumping between are moving.

BIRTH is a point-and-click puzzle game where you create a creature using bones and flesh you collect as you play. Is the creature alive? Hard to say. Is it taxidermy? Maybe? Either way the game seems freaky, cute, and very Edward Gorey-inspired.

HOW TO SAY GOODBYE

Another puzzle game, this time with sliding puzzles and ghosts. HOW TO SAY GOODBYE is about getting over grief, which is classic indie game fodder, but there’s at least a very distinct look to carry this one through. 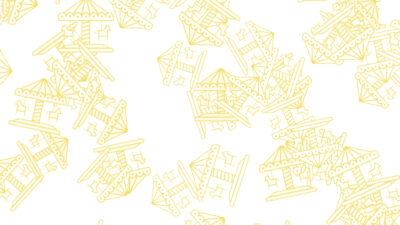 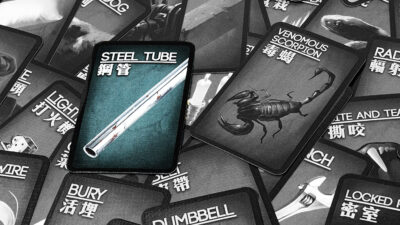