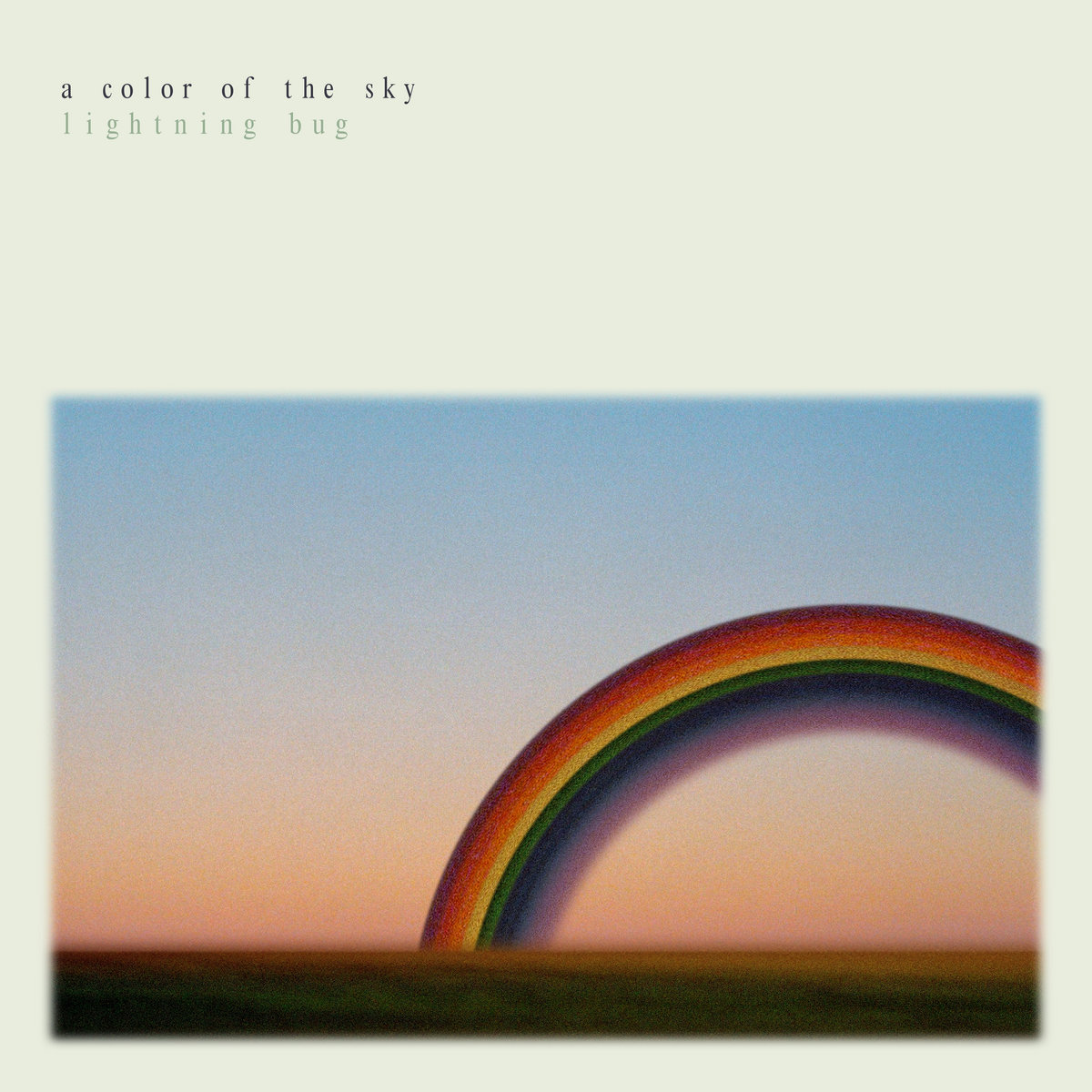 Lightning Bug – A COLOR OF THE SKY

There are very few things in life that just hit that spot quite like a good shoegaze record. When the soaring melodies, the atmospheric-but-razor-edged guitars, dreamy and celestial vocals, and crackling ambient sound all come together in the perfect balance, it creates a mood and an experience hardly ever matched by anything else. The third record from Brooklyn folk-gazers Lightning Bug treats the sweet spot like the bullseye of an archery target, and vocalist and songwriter Aubrey Kang is nothing if not a marksman. After two solid LPs over the last five years, A COLOR OF THE SKY finds Lightning Bug leveling up with a newfound sense of confidence and a sharper point to the arrow that helps their songs land with greater and more pronounced impact.

There’s a steeliness and heft to A COLOR OF THE SKY that greatly exceeds that of the band’s previous efforts, with more intricate and textured guitar work and a beefed-up low end that gives the whole album a solid, but never overbearing, foundation from which it can take off and fly. Of course, Kang’s songwriting is the true heart and soul at the center of the album, and her lyrics are endowed with a self-assured sense of place and direction that only enhance the overall drive and poise of the record itself. It’s an arresting and often gorgeous listen, but above all else, Lightning Bug do a phenomenal job of making A COLOR OF THE SKY feel like a mission statement, a thesis for the future and a dynamic array of approaches within their chosen sound that offers no shortage of potential ways forward and room for further growth and exploration in the future. You can give it a listen over on Bandcamp. [Jacob Martin] 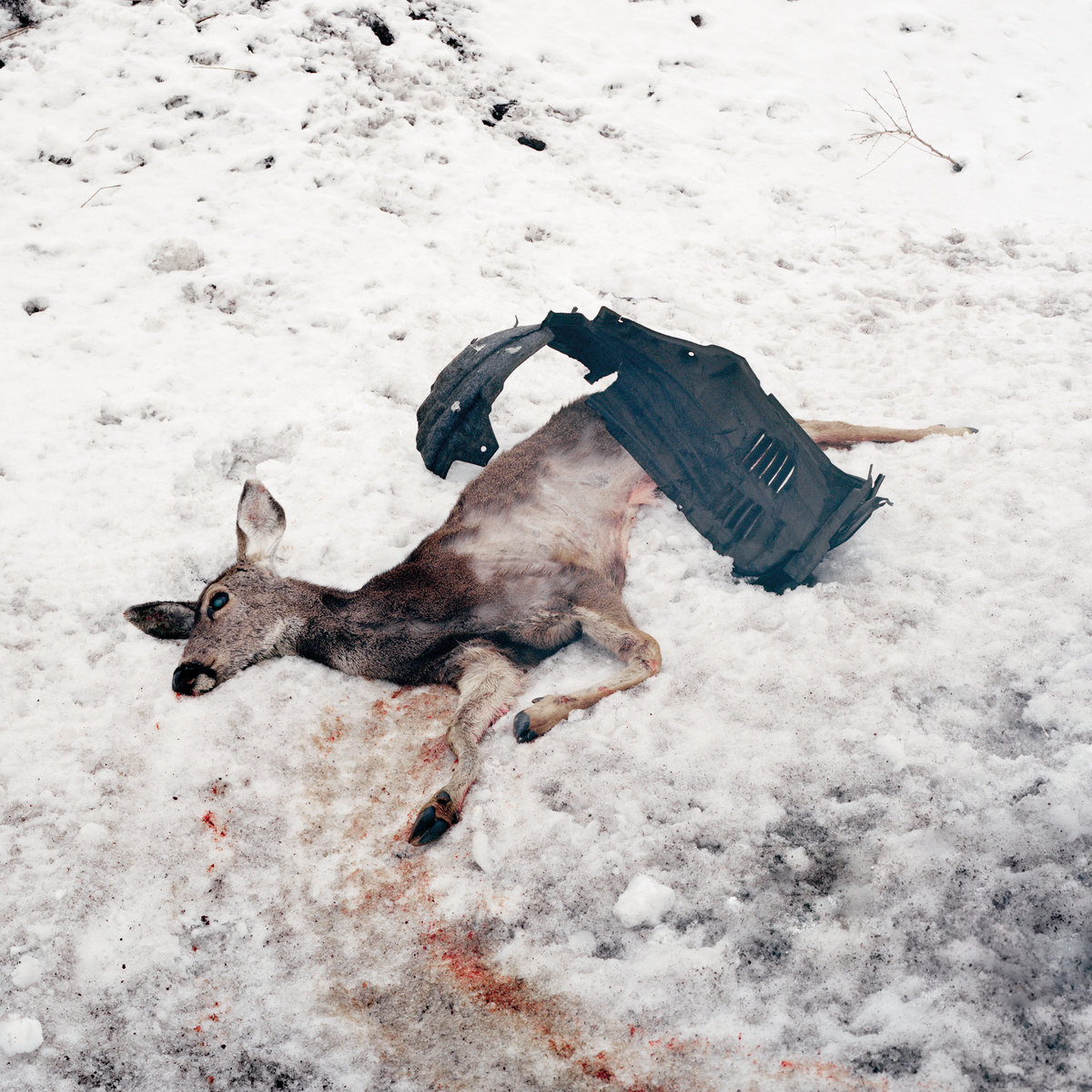 Ukrainian black metalers White Ward are back at it with their new EP, DEBEMUR MORTI. I, like many others, have been in excited anticipation of new releases from this inventive act since their amazing LOVE EXCHANGE FAILURE back in 2019. While the current offering is short, it is laser-focused and leaves a big impact. It’s the singular focus of what man has done to the environment explored through these two meandering, soulful, wrenching tracks that make it hit so hard. The Latin title DEBEMUR MORTI translates to “We are death,” which vocalist and bassist Andrii Petchatkin shrieks unrelentingly for a solid minute on the title track. Everything about the EP is centered around this simple theme, and the constant juxtaposition of the graceful and grisly make it a special listen. Even the album artwork with its dismal depiction of a dead, car-struck deer is somehow poignant.

The artfulness with which White Ward are able to blend beautiful saxophone melodies over vicious black metal is astounding. They did it throughout their previous works, and it’s certainly one of their usual tricks at this point, but it’s one that keeps working. It works especially well on this EP to capture the feelings of melancholy, rage, and fatalism that come along with our ever more dire climate crisis. These songs traverse several disparate sections, while retaining a handful of melodic motifs, much like a black metal Between the Buried and Me. The guest vocalist on the title track from Borknagar, Lars Nedland, even sounds a little like Tommy Rogers. The record’s use of movie clips in music is often a dicey proposition, and tends to work best in a pulpy, White Zombie sort of way, but those daring Ukrainians have managed to make what could have been hokey into something reflective during a natural lull in at the title track’s midpoint. While I prefer the title track, “Embers” is an apt companion, offering a more pensive tone to “Debemur Morti”‘s frantic grasping for solace in a mad universe. Humanity may soon wind up like the deer on the cover, but until then you can experience the blissful catharsis of DEBEMUR MORTI on Bandcamp. [Drew Petriello]