The horror films that shaped us in our youth say a lot about us as moviegoers. We all have stories and mile-markers built around watching these films. You don’t have to go far to see some of the art form’s greatest critics (including on this very site) waxing poetic about that idea; dating back to the dawn of the genre, mainstream horror was aimed at teenagers and 20-somethings, the undeniable thrill of being scared a universal truth reflected back at us in the movies themselves. Be it at sleepovers with the lights out or on second dates in packed theaters, or even the active choice to avoid the movies altogether, the sheer act of experiencing horror informs a part of our individual cinematic identities. The shared experience of fear is one of the major cornerstones of cinema itself. That viewing experience, both modern and retro, is something Netflix’s recent FEAR STREET trilogy ruminates on quite a bit, and I would be lying if I wasn’t largely compelled by Leigh Janiak’s franchise adaptation of R.L. Stine’s novels solely because of the odd place it occupies both in horror and as a totem for teenage thrills.

Like the recent GOOSEBUMPS film before it, the desire to take Stine’s broad YA horror and give it the kitchen sink treatment feels second nature: any millennials who read his work in their youth can see the history of horror tropes explored from book to book, and I can’t imagine I’m alone in his writing being my first exposure to the genre’s conventions. Long before I saw THE BLOB, I had read Monster Blood. I knew Chucky as nothing more than a mask in a Halloween store, but I had read Night of the Living Dummy. To see these three films gleefully exploring axe-wielding murders, the occult, sleepaway camps, and witchcraft, all through the pseudo-viral importance of an event series, is thrilling in and of itself. 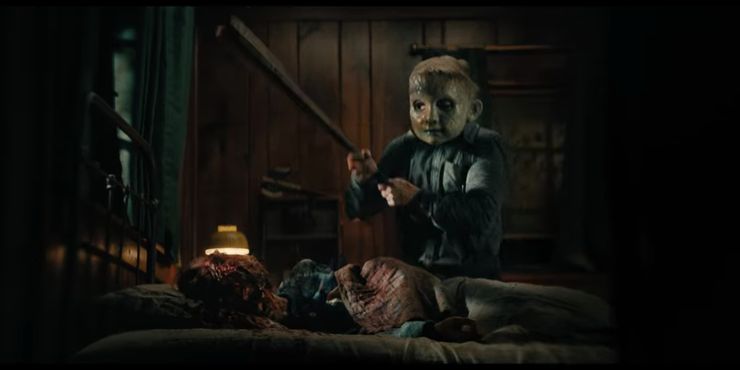 The larger FEAR STREET trilogy centers on the full-circle tale of Sarah Fier, a witch whose death in the 1600s has reverberated for generations in the town of Shadyside through the form of classic slasher baddies and a history teeming with dark secrets. While the story begins in the ’90s with FEAR STREET 1994, we get to see the trilogy work its way backwards, moving from Pixies and neon malls to Foghat and wilderness mess halls in FEAR STREET 1978, and eventually to where the story chronologically begins in FEAR STREET 1666. While Janiak’s direction cheekily plays with each period’s idiosyncrasies— you’ll roll your eyes at the way the needle drops in 1994 and 1978 move swiftly and dizzyingly into each other— we’ve seen other period pieces far more heavy-handedly stylized. That the trilogy seems to intentionally avoid the 1980s feels intentional; it’s just barely far enough removed from STRANGER THINGS’ excess to feel fun rather than bloated.

Watching various groups of teens attempt to piece together the story of a pissed-off murderous witch that is out to possess the living and raise the dead interestingly becomes a playground for slasher flick antics. The various killers we see throughout the trilogy each have the makeup of horror caricature, Ghostfaces and Leatherfaces abound, but Janiak stops herself from going full THE CABIN IN THE WOODS; there is something, of course, of a metatextual thread that communicates with major presences from Stephen King to John Carpenter, and FRIDAY THE 13TH to THE WITCH, but despite the stylistic cues being particularly hard to miss, FEAR STREET, like Stine’s books before it, feels aimed at an audience that isn’t there to necessarily pick up on anything other than fear. Particularly with FEAR STREET 1994, which for its first two acts operates as a by-the-books slasher film, aping HALLOWEEN II along the way, the script reads like baby’s first horror film. Playful, but gory; clever, but conventional.

It’s here that FEAR STREET thrives. A quick scan of the highest-grossing horror films of the 2010s shows that, outside of a return to Carpenter’s original template in the reboot of HALLOWEEN, the slasher film has hardly existed in mainstream culture— the nostalgia-bombed IT and CONJURING franchises reigned king, nary a conventional bloody axe murder or slumber party to massacre meaningfully in sight, with franchises that felt geared in tone specifically towards adults. FEAR STREET is too convoluted to commit to basic slasher film antics. By the end of FEAR STREET 1994, a web of magic and mythology emerges, and by FEAR STREET 1666 you’re either along for the ride or just here for a few decent murders (which it satisfyingly delivers on). But in so many ways, FEAR STREET feels built for an audience of 16-year-olds who haven’t seen SCREAM or THE TEXAS CHAINSAW MASSACRE yet, ready to have their minds blown by bread slicer kills and possessed, dead-eyed priests. Even if this is maximalist pop filmmaking, sometimes to a fault, who cares? I had to suffer through sneaking into the remake of THE HILLS HAD EYES with my friends, I can’t imagine how much more fun my teenage years would have been if I’d been popping on FEAR STREET 1978 on a Saturday night.

Netflix’s adaptation, coming in one Friday after another until completion, didn’t feel like the kind of viral event that I’m sure marketing executives might have anticipated; perhaps the stank of a 20th Century Fox acquisition was too great for the streaming giant to suppress, or perhaps this summer’s promise of going to a real movie theater again after so long has created a pocket where theater-going has shadowed streaming. Certainly after concluding the trilogy, particularly with a full circle return to 1994 in act three of 1666, you wonder if on their next go-around this won’t just become Netflix’s own AMERICAN HORROR STORY, but there is value in FEAR STREET; buried amidst the nonsense is the admirable goal to make an R-rated bloodbath that’s meant for middle schoolers to watch late at night, and the further away I get from that time of my life, the cooler I think that is. 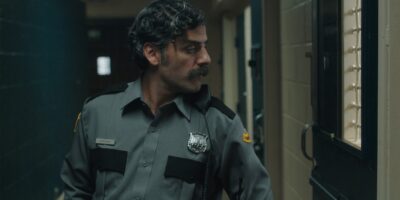