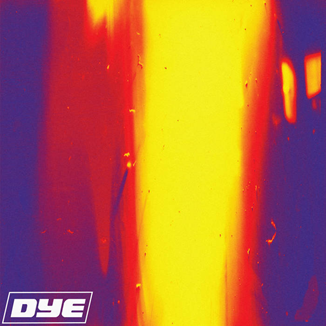 Had PSYCHIC DATA been released at the turn of the 2010s rather than the 2020s, Oakland shoegazers Dye would’ve been blown up as poster children for a “guitar rock’s not dead” narrative that would eventually go on to feel like sky-is-falling bullshit. But from 2011-2013, that conversation was not just very real, it was the overbearing way we would talk about any buzzy indie rock band whose music even vaguely stood out in a scene of, I guess, non-indie rock bands (DIIV and Tame Impala, especially, were at the forefront of these kinds of Pitchfork-core conversations at that time). It feels silly now, but we all wrote about rock being dead, ironically or earnestly, and I’m sure most of us wish it could be taken back. PSYCHIC DATA, had it been out seven years earlier, would’ve been the subject of that kind of overarching narrative, and I don’t mean that as a pejorative in any kind of way—it’s as good a 2019 release as I’ve heard from acts of that particular ilk. When they channel the dreamier corners of their sound, the guitar tones are warm and inviting, particularly on the first three tracks; “Tilt” is a slow grind, but the whispering vocals draw you in for the hookier pop rock of “Hostage” and the slow dance lilt of the title track to fully embrace you in a toasty hug. They return to that feeling on the final two tracks, but not before gnashing their teeth a bit on the knuckle-bearing post-punk grit of “Pain Expo” and the reckless timelapsing nature of highlight “Glass Pendant.” At a brisk 27 minutes, Dye deliver the goods and get out quickly, and the record is all the better for it, seven memorable songs with little filler. Fans of the “is rock dead?” conversation will adore PSYCHIC DATA, but for anyone looking for a 2019 highlight that hits dream pop, shoegaze, post-punk, and neo-psychedelia highs, look no further. You can check out Dye’s PSYCHIC DATA on Bandcamp. [CJ Simonson] 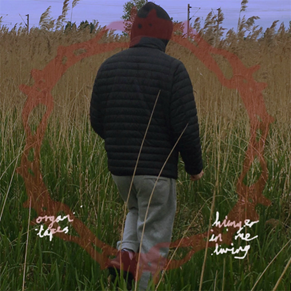 Organ Tapes – HUNGER IN ME LIVING

Hot off of a massive TinyMixTapes hype cycle, London-based Tim Zha’s Organ Tapes project absolutely delivers on its promise of potential over the course of HUNGER IN ME LIVING. So look, yes, if you’re comfortable and acquainted with Yung Lean’s cadre of Drain Gang affiliates, you’ll have a more immediate point of entry and appreciation here, Zha’s voice all crepuscular, melancholy Auto-Tune crooning over a general aesthetic palette of alternative R&B and cloud rap. But lest you’re not a fan of the most prominent Swedish musical output in our modern era, Organ Tapes makes use of a much more bedroom pop-influenced array of production techniques, privy to a wide variety of innovative and surprising decision and flourishes, such as the seamless use of field recordings of public transportation on “Signs.” What’s more, tracks such as “Ugly” demonstrate a wide variety of artistic influences, having Zha offer heartwrenching missives over a straightforward dream pop cut that won’t leave a single dry eye in the room (don’t know why you’re listening to this in a social setting instead of drunk and lonely at 2 AM, but hey, to each their own), and the follow-up “Simple Halo” sounding like a compressed, roiling Oneohtrix Point Never riff. In fact, Zha’s chameleonic ability to keep an overall tonal anchor despite later stretching out into A.G. Cook synth bleats on “All” or the bizarro outsider house/Edward Maya faux-accordion mash-up on “Flung Wide Open” show that Organ Tapes is a project with vision, drive, and the all-encompassing ability to put you in your feelings. [Thomas Seraydarian]

MERRY-GO-ROUNDTABLE Episode 35: Looking for the Truth in True Crime

i,i Is the Culmination of Everything Bon Iver Have Been Working Towards