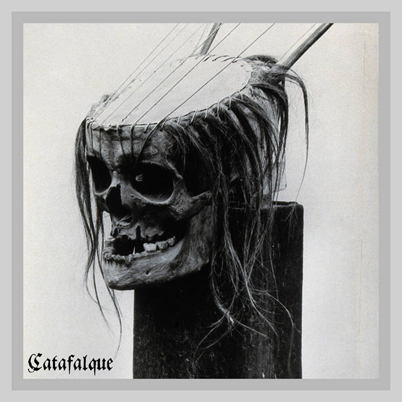 One of the supporters of Catafalque’s self-titled record on the Bandcamp listing described the record perhaps better and more succinctly than I possibly could: “While it is not nice to listen to, it is good.” Catafalque is a collaboration between Thomas Ozers (The Dead Yesterdays) and Dan Dolby (Mastiff), although the project overall is decidedly less harsh than either of their respective main projects. A drone/harsh noise album that skews meditative with a slumbering intensity, CATAFALQUE remains a sleeping giant that lies mostly dormant for the first two-thirds, intense, loud, and pent-up, but with a steady stream of relentless guitar tones—visceral drone metal that is almost peaceful in its effortlessness. The windy hum of “Splintered Larynx” or industrial grind of “Unclean Break” in particular find a nice rhythm immediately. And then the giant awakes. The album’s final track, “Fractured Sternum,” reveals the rest of the record to be the quiet before the storm. The previous 40+ minutes of unwavering simplicity begins to violently crack, both Ozers and Dolby pushing the record’s final song to be jarring in comparison, with a jet propulsion echo that angrily repeats for minutes on end. The entire experience is certainly not nice to listen to, and yet in ugly things there can be something beautiful, and certainly CATAFALQUE over multiple listens reveals itself to be as zen to listen to as it undoubtedly was for its creators to collaborate on. Listen to Catafalque’s new record over on Bandcamp. [CJ Simonson] 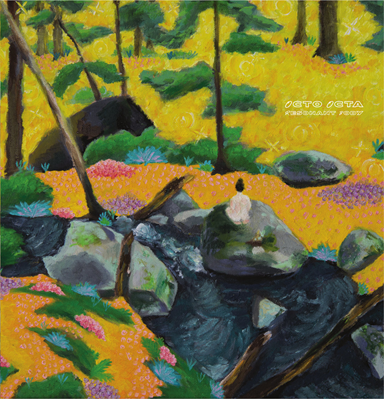 Breakbeats bolster this uncharacteristically ravey release from Octo Octa. The deep house that makes up most of Maya Bouldry-Morrison’s back catalog is fairly standard work for the genre, leaning towards more mellow and atmospheric pastiches, though she has toyed with a brighter Balearic sound, most notably with this spring’s “I Need You,” a 10-minute journey that is essential listening for anyone with even a cursory interest in dance music. It’s a track that thrives on the key themes of Bouldry-Morrison’s music: love, desire, and energy. But what sets apart “I Need You” and her latest LP is confidence and overwhelming joy—to neglect RESONANT BODY would be one of 2019’s biggest musical oversights.

Bouldry-Morrison starts the album at fever pitch with “Imminent Spirit Arrival” and “Move Your Body,” two tracks that would’ve stood out like sore thumbs on previous records but set an ecstatic tone that’s on display on nearly every track. Both are indebted to breakbeats that pair excellently with the warm and breezy sonic palette that fills out the rest of the tracks. “Spin Girl, Let’s Activate!” sports the most acidic synths in her arsenal and notes a substantial shift in vocal sampling. Where once she opted for lust and longing, RESONANT BODY’s vocal samples are quirky calls to action, ie: get on the dance floor. “Ecstatic Beat” is an ensemble of percussion, stabby bits of garage synths, and the swelling chords that made BICEP’s early EPs so entrancing. But Bouldry-Morrison’s biggest leap is her songwriting. Once content to lay out a track and let it ride for a few minutes, she now will flip even the strongest starts into something else entirely new and always for the better. This is most clearly displayed with “Can You See Me?,” which reinvents itself twice over the course of its eight-minute run and is the closest thing to “I Need You” on the LP. Unfortunately, it’s followed by “My Body Is Powerful,” a plodding atmospheric track that’s out-of-place among the dancefloor-designed fare that comprises the rest of the record and zaps whatever bite “Power to the People” could’ve mustered. Nevertheless, RESONANT BODY is a must-listen that captures the pure, celebratory joy of self-discovery better than just about anything else you’ll hear this year. The album is on sale at Bandcamp and half of the album’s profits will be donated to the Sylvia Rivera Law Project (SRLP), which works to guarantee that all people are free to self-determine their gender identity and expression, regardless of income or race, and without facing harassment, discrimination, or violence. [Ryan Moloney]

The Simplicity of OFFICIAL SECRETS Is Its Strength