I’ve spent a considerable amount of time weighing what I want out of video games this year. I suppose we’ve all largely asked higher questions of our pop culture offerings in 2020, but gaming, unlike the worlds of film, literature, podcasts, music, or television, offers a legitimate and incredibly social connection to other people. It’s what made ANIMAL CROSSING and WARZONE such immediate touchstones in pandemic gaming and, like everyone else, I found solace in being able to hang out with friends and family, albeit under Tom Nook’s watchful eye or on a massive battlefield. And yet most of the prominent multiplayer experiences to rise and fall amidst 2020’s strange release calendar were games—like our lives in quarantine—built around formulas. Take either of the aforementioned blockbusters: sure they saw updates here or there, but the fundamental experience remained time and again largely the exact same. You can only drop onto a map and have the strategy you’ve built with your pals feel fresh so many times. Like the once prominent Zoom parties that dominated the earliest part of quarantine as a way to connect with friends, so too died the allure of trying to play video games with friends. And so we turned to single player gaming and moved on with our endlessly looping lives.

Even if my bar, given everything I just told you, feels relatively low, DEEP ROCK GALACTIC is the best intimate co-op experience I’ve had with a game in 2020 by a sizable margin. After kicking around in early access for roughly two years, Ghost Ship Games’ spelunking first-person shooter finally hit Windows and Xbox One in May and just recently hit a new audience of Game Pass users this month. As much as I’ve enjoyed logging online to experience the epic highs of WARZONE with my small group of friends (certainly the de facto 2020 blockbuster game), I don’t think it holds a candle to DEEP ROCK GALACTIC’s endlessly replayable structure, which perfectly balances fresh gameplay with a degree of customization that can be as broad or detailed as you like. 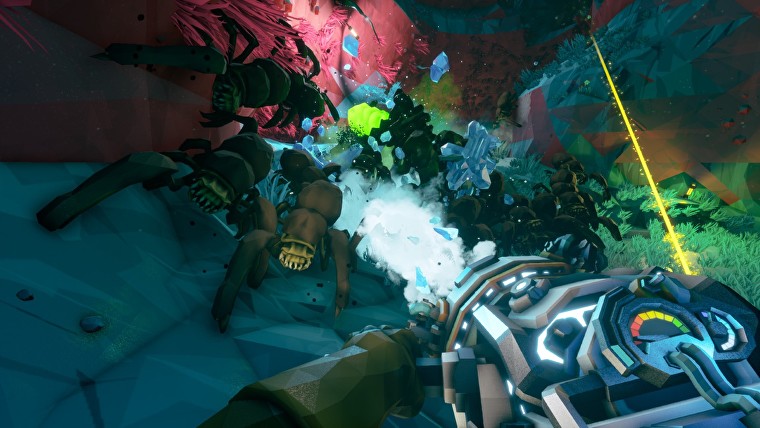 Dear Reader: Let me assure you, I almost shit my pants when these spiders rushed me the first time

The easiest way to describe DEEP ROCK GALACTIC is as FPS MINECRAFT, with touches of GEARS OR WAR and PIKMIN, other games that flirt with underground and alien whimsy. The game takes place in the caves of Hoxxes IV, a dangerous planet full of minerals, biomes, and giant fucking alien spiders that spit fire and acid. The dwarves that make up our main character are set on exploring the far outreaches and varied caves of Hoxxes IV to find treasure, resources, and, as you could expect, cause mayhem. And fortunately for us, these dwarves are ripped straight from Tolkien; the voice acting throughout the game is highly entertaining, and these are surly, burly, gruff dwarves who love to drink and sound the part.

The game’s most exciting element is Hoxxes IV. The procedurally generated maps shift significantly from mission to mission and make gameplay fresh in ways that modern battle royales can’t match—certainly a large part of what has made DEEP ROCK GALACTIC so refreshing through quarantine. Every wall is drillable, which leads to fun, dramatic surprises. As the difficulty scaled and I had to play the same missions over again, I had to marvel at how different the experience was from time to time, and the cave designs are incredibly impressive; I’ve yet to stumble upon a map, be it within a repeated section of the games world or the exact same mission reassignment, that doesn’t feel like it’s own new, unique puzzle. The caves range drastically in complexity, in addition to scaling in difficulty depending on the number of players, but you’re still not going to be prepared for how large they are in size and how much exploring you can do within them. The map system, which is a 3D topographic rendering of the caves general layout, takes some getting used to, and finding where your teammates can be difficult when it’s a more complex cave system, but largely the games does a good job helping you adjust to a different type of map experience. And even if the objectives themselves are straight forward, where they exist on the map isn’t. Sometimes it felt like the difference between success and failure was the design of the map, how accessible it was, where objectives were located, and what creatures it had assigned to attack us. 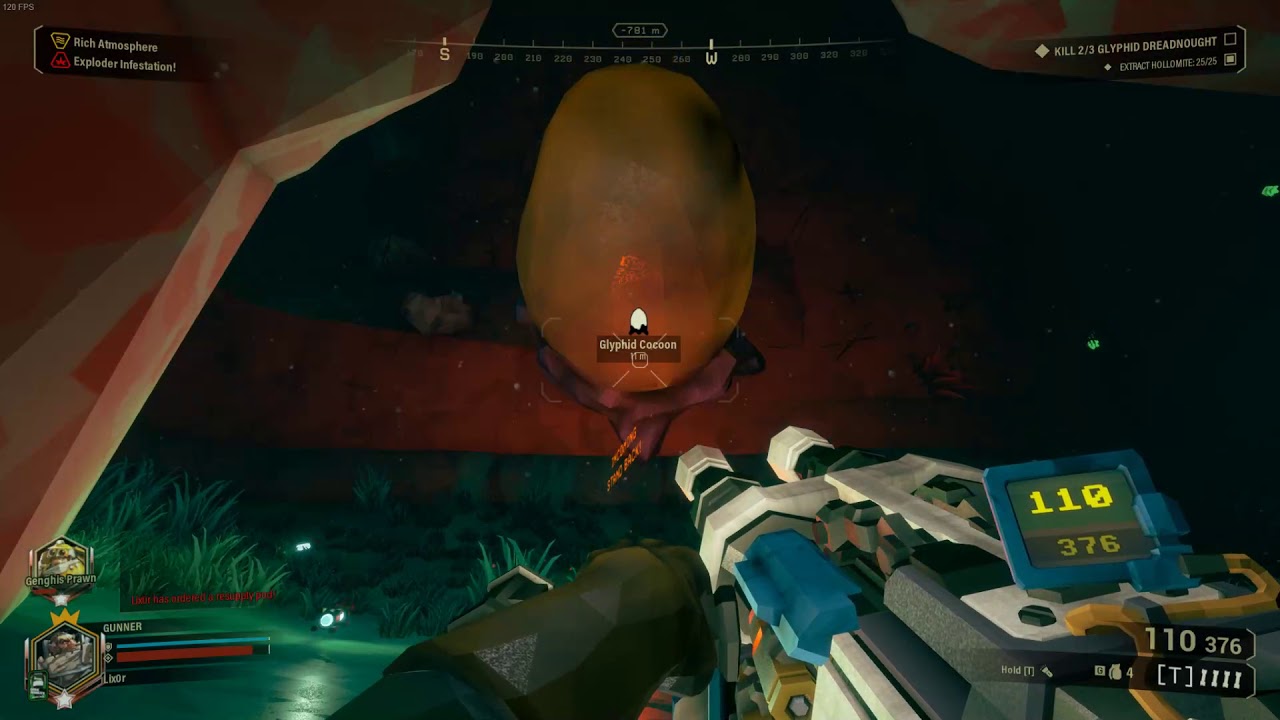 The larger gameplay is simple. You choose one of four character types, The Engineer, The Gunner, The Driller, and The Scout, and then select a mission that has a primary and a secondary objective. Each character has a different subsect of weapons and skills, and it’s a remarkably balanced collection of characters that do compliment each other and reward four player gaming. The Driller has a powerful drill but only carries a shorter range flamethrower, while The Scout can shoot quick zip lines and create longer lasting flares that illuminate brightly the surrounding caves. Mission types often require collecting minerals or building pipelines well below the planet’s surface and a variety of bug creatures become disrupted and are ready to attack. Those waves of attacks do a great job of balancing objective based missions with a bit of chaos, and the creature designs are fantastic—I absolutely hate spiders, and finding glowing green ones or lava ones lurking behind an unsuspecting wall you’re drilling through is terrifying. Often the objectives are not particularly difficult, but that’s by design given how complex maneuvering the cave itself can be.

As the game scales, so does your ability to level up and build out characters. The game’s main hub is a spaceship that you can and will spend hours looking around, with computer screens that unlock missions and deliver assignments, many of which I haven’t even been able to fully dig into at the time of writing. The degree of customization on the characters is elaborate, only adding to the replay value, and the differences you make to your character aren’t simply cosmetic, you can feel the upgrades have an impact in the missions. Even if I wish the game had a more straightforward starting menu screen where I could make those upgrades and unlock new components, I do commend Ghost Ship Games for creating a lobby environment that is genuinely a delight to return to, filled with quirky mini games—you can make your dwarves dance and drink the day away and even if it’s a goofy needless feature of the ship, it’s delightfully engaging. 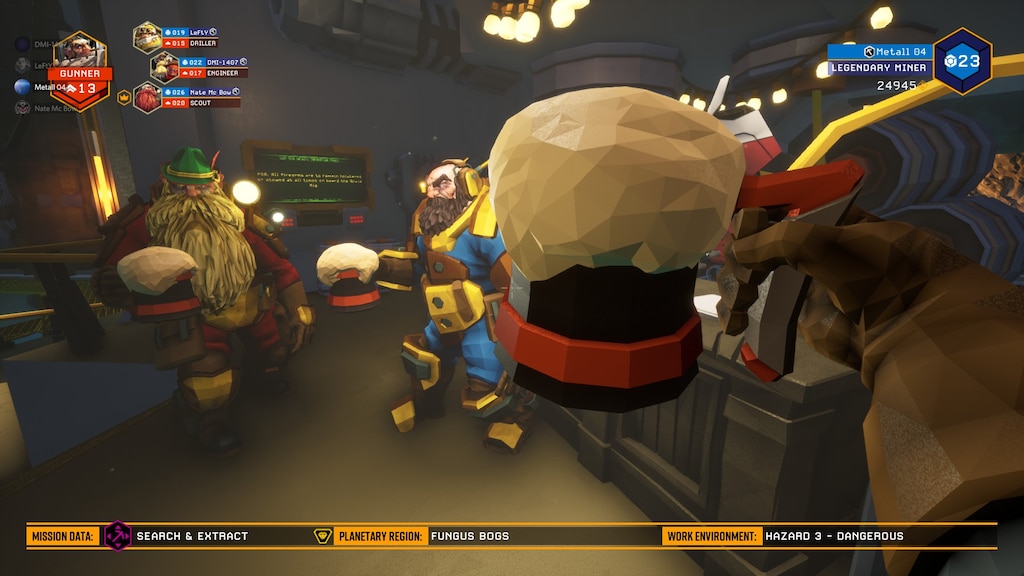 Once you’ve spent 40 minutes killing space spiders, you deserve to kick back with a cold one

If DEEP ROCK GALACTIC comes up short anywhere, it’s the pesky single player experience. While the game assigns you a bot to help you in your excursions, one who can help attack enemies and assist in simple tasks, it’s hard to see the never ending line of quests and level ups to be appealing without another player to help speed up the process. The teamwork component of the co-op experience is the reason to check the game out and playing isolated can feel tedious. That said, the silver lining to the solo experience is that the matchmaking is surprisingly well crafted and even without talking on mic with other players, you can communicate easily enough using the in-game communication tactics that if you’re the only Xbox Game Pass owner in your friend pool, you’re not totally sunk; it’s not the same as rallying some friends to bang out a few missions, but it’s a quality supplement to the single player experience.

It’s hard to express how immediately refreshing DEEP ROCK GALACTIC felt on the first few missions. There is a learning curve, particularly as it applies to the cave exploration mechanic. But instantly the resetting of the level design and how interactive that design feels puts DEEP ROCK GALACTIC in a different category of multiplayer experience altogether—one that as I live out the same day over-and-over is remarkably and delightfully appealing. Even in spite of the fact that it’s only a 3 GB download and available on Game Pass, it’s worth the price of admission, especially if your gaming squad has been yearning for something new. 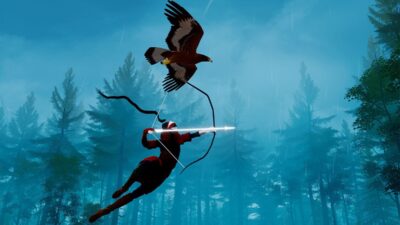 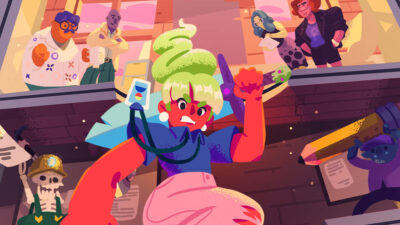 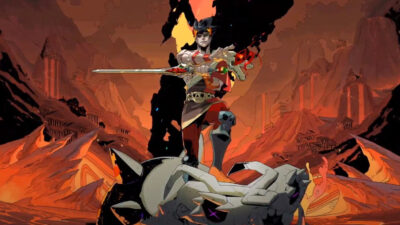 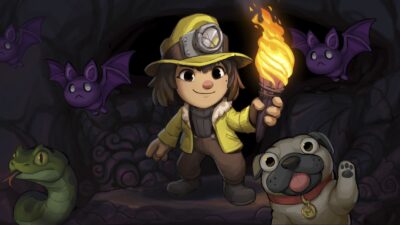 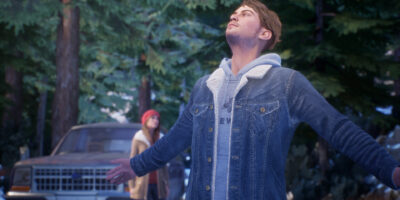 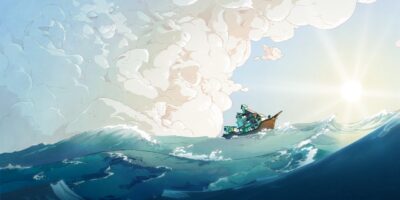 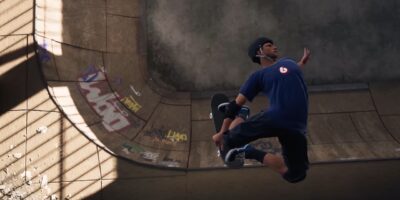 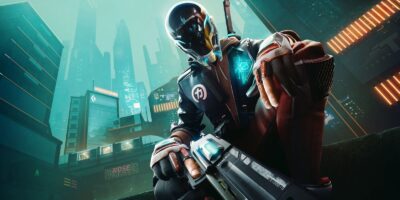 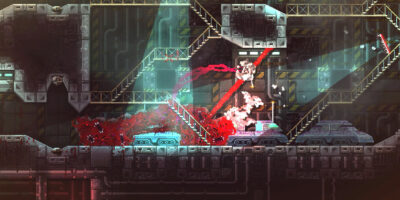 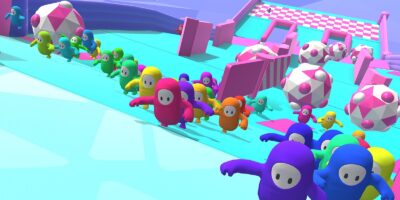