Luca Guadagnino continues to make works of considerable emotional ambition, whose structures are designed to barely contain the breadth of its feelings. The HBO miniseries WE ARE WHO WE ARE is his latest, and while it doesn’t much matter to me what this is, it bears noting that its creator calls it an eight-hour film. While television is considered a writers’ medium, Guadagnino is holding closer to his idols: to Fassbinder’s BERLIN ALEXANDERPLATZ or to Bergman’s FANNY AND ALEXANDER, shit that may not necessarily be cinema but stubbornly insists upon itself as such, and then wins the argument with the assistance of time.

The gambit he’s after here is particularly interesting: tracking an ensemble of young, gender-fluid, racially diverse 2016 teenagers, but distinctly stripped of many of the ideological conversations you’d expect. Why talk about politics when you have a filmmaker so intent on binding text to the physical, subtext to the sensory? Guadagnino has rejected, many times over, the cleanly delineated identities in American movies—the idea that you are one thing. WE ARE WHO WE ARE ultimately becomes a brimming, vivacious proof of that concept. 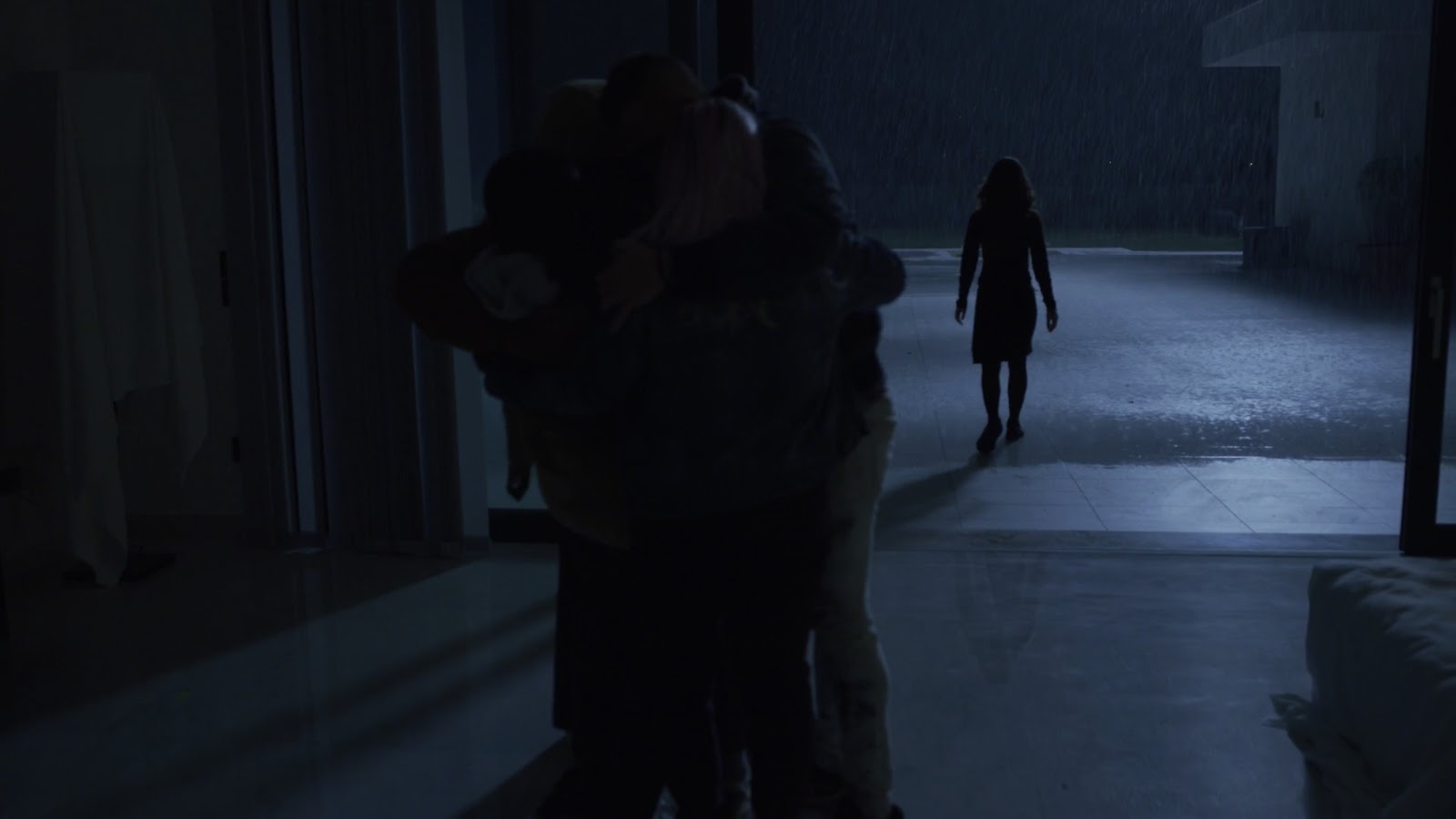 Fraser Wilson (Jack Dylan Grazer) is a 14-year-old with two military moms—Maggie (Alice Braga) and Sarah (Chloë Sevigny), the latter an incoming general presiding over an American base in Veneto, Italy. Fraser is, to put it bluntly, a bugged-out, tweaky little shit, who also carries deep intellectual curiosity and emotional intelligence. Although Sarah holds total authority over the base, Fraser grants her neither respect nor boundaries; he guzzles vodka in public out of her purse, crawls into bed and straddles her, and freely admits to feelings of resentment and hatred. Fraser dials into Caitlin (Jordan Kristine Seamón), a girl already established on the base who is of close age and similar queerness. Caitlin has a similarly volatile home-life, with a Lieutenant Colonel father (Kid Cudi) barely suppressing his PTSD and a mother (Faith Alabi) decidedly not suppressing her attraction to Maggie. Fraser and Caitlin ultimately end up in a world and dynamic of their own creation, as 14-year olds tend to conjure. Caitlin muses about gender-affirming surgery. Rumors swirl that the two are dating. Fraser may or may not like men, and may or may not love Caitlin. What the fuck is going on?

Contradiction is Guadagnino’s playground—his bedrock, his muse—and it’s right there in the title: we are who we are. Does that sound like a liberating phrase to you? Something to abide by, a shield against other people? Or does it, perhaps, sound like a trap—an acknowledgment that we are always going to be stuck inside ourselves in some way? The tautology carries over into the song bonding Fraser and Caitlin so deeply: Blood Orange’s “It Is What It Is.” To paraphrase THE IRISHMAN: well, what is it?

The activities of the base, as you may imagine, are not of much interest to Guadagnino—more the presence of hard, sweaty bodies, and the furtive glances swapped between them. WE ARE WHO WE ARE’s chief project, in some ways, is excavating the emotional space of 2016, and feeling it wholly anew. To phrase it another way: you think you’re watching CALL ME BY YOUR NAME 2, until the vicious realities of that year land you closer in the realm of horror. Note the needle drops from 2016’s chief artistic casualties, Bowie and Prince. Note the Xan’d-out keyboards of Frank Ocean’s “Nikes.” Note the manic misogyny of XXXTentacion in one unnerving party sequence. Note the creeping news clippings scattered all over the base, the side-shots of Trump/Clinton debates. Note Caitlin’s father, Richard, trying to slide a MAGA hat on Caitlin, only to find it can’t fit her curls. 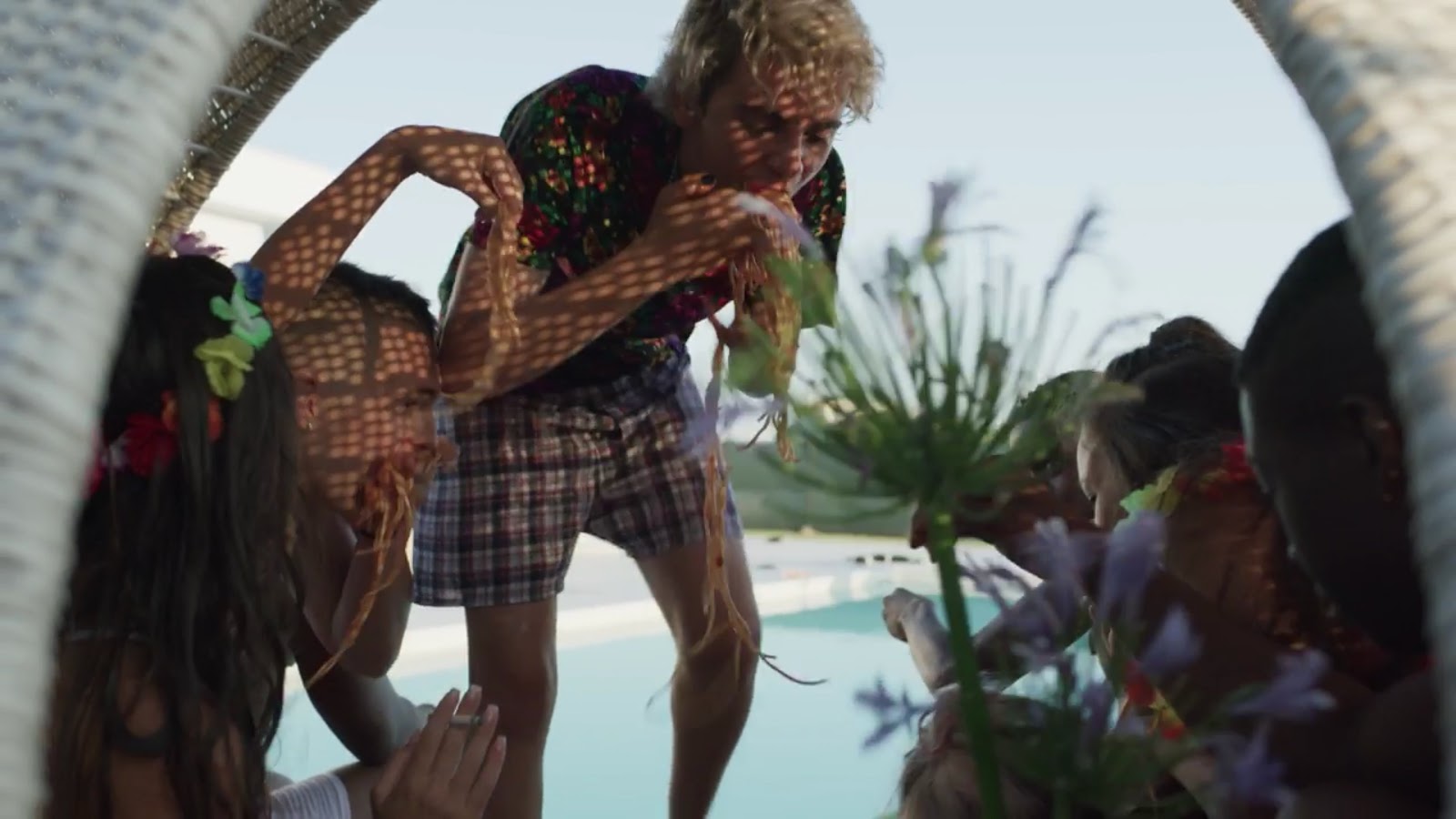 It’s not interesting to sit around and pick ‘best of’s,’ but Luca Guadagnino is close to our finest working director on the basis of such details. His synaptic connections are everywhere. He locates the political in the physical—the metaphysical in the sexual. Music is mood and movement is music. More than anything, I see WE ARE WHO WE ARE as an act of abundant, brimming faith—faith in our complications, faith that a black man with a MAGA hat can love his daughter, faith that a son can strike his mother and still know how to feel for his friends, faith that identities can flip, carry deep contingency, or remain something that is wholly out of other peoples’ definitions and control. This insistence on plurality, of course, is what Guadagnino abides by. It’s the reason he spent 2016 shooting CALL ME BY YOUR NAME—a generational call to open our minds and our hearts—back-to-back with SUSPIRIA, where togetherness is a foul joke, a gateway to trauma, to injury.

I envy Guadagnino’s freedom; I believe in his values and his camera and his heart. And there is such freedom here. There’s the awkwardness of courtships between young people. There’s other young people whose intestines are blown apart on the side of the road. There’s shotgun marriages, book-swapping, saliva-swapping. Children shave their heads, talk back at their fathers, and then dive into their arms when vulnerable. There is no single, defined way to be—an attitude carrying over into the rapturous visual language. Guadagnino’s never shot on digital and I have to confess the textures here are as vivid and varied as his insane 35mm run through last decade. Everything looks a little smeary, a little hazed—the texture of memory, whether repressed or otherwise. It’s gorgeous.