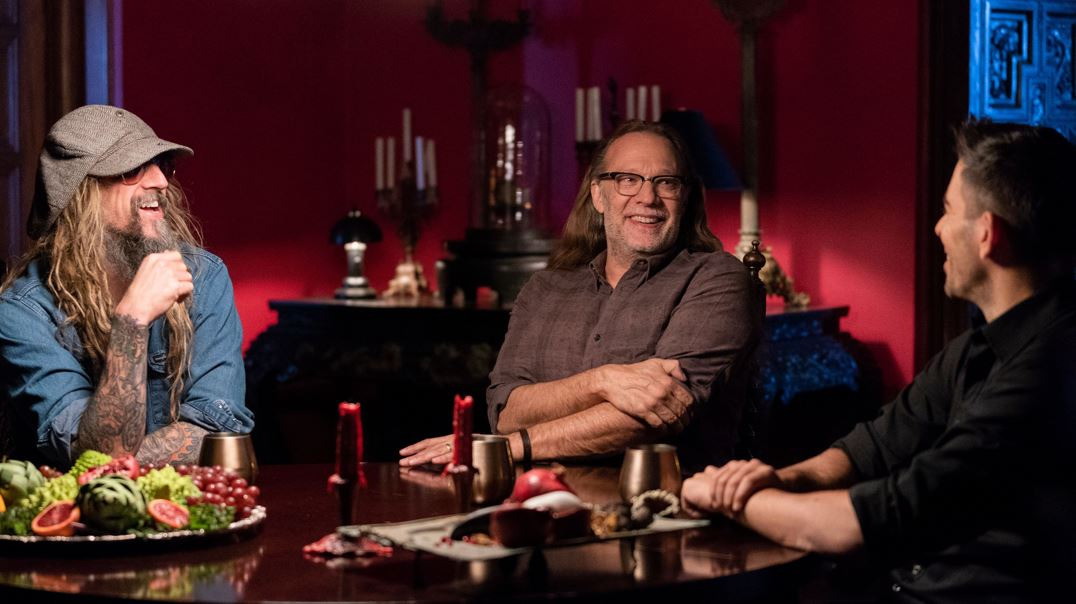 We did it everyone, we finally made it to October!

Oh no, never mind, we’re already halfway through the month, and the real horror is existential dread.

The best way to celebrate October is to get scared and watch some spooky movies. But sometimes, just the movie doesn’t scratch that itch—you need to get your buddies together and talk about the movie. That is why ELI ROTH’S HISTORY OF HORROR is a fun watch right now. The second season of Roth’s anthology show does a great job of creating the Halloween atmosphere, while teaching us about some of our favorite horror movies. It is like a Masterclass or a YouTube video study, but with actual film critics, horror writers, and filmmakers involved in each film. Each episode starts with a theme—season two’s first episode is about haunted houses— and Roth then interviews different horror experts and filmmakers about movies in which the house plays a vital role in the horror. What is so interesting about the season premiere is that Roth doesn’t use the obvious examples like THE SHINING or POLTERGEIST, but instead focuses on how the house elevates the horror in MISERY and THE AMITYVILLE HORROR. Roth’s name absolutely deserves to be in the title of this show, as his knowledge, industry connections, and personality throughout are what elevates it from a conversation with your buddies about these classic movies. It is a fun, easy, and definitely spooky watch for the Halloween season. [Wyatt Lemoine] 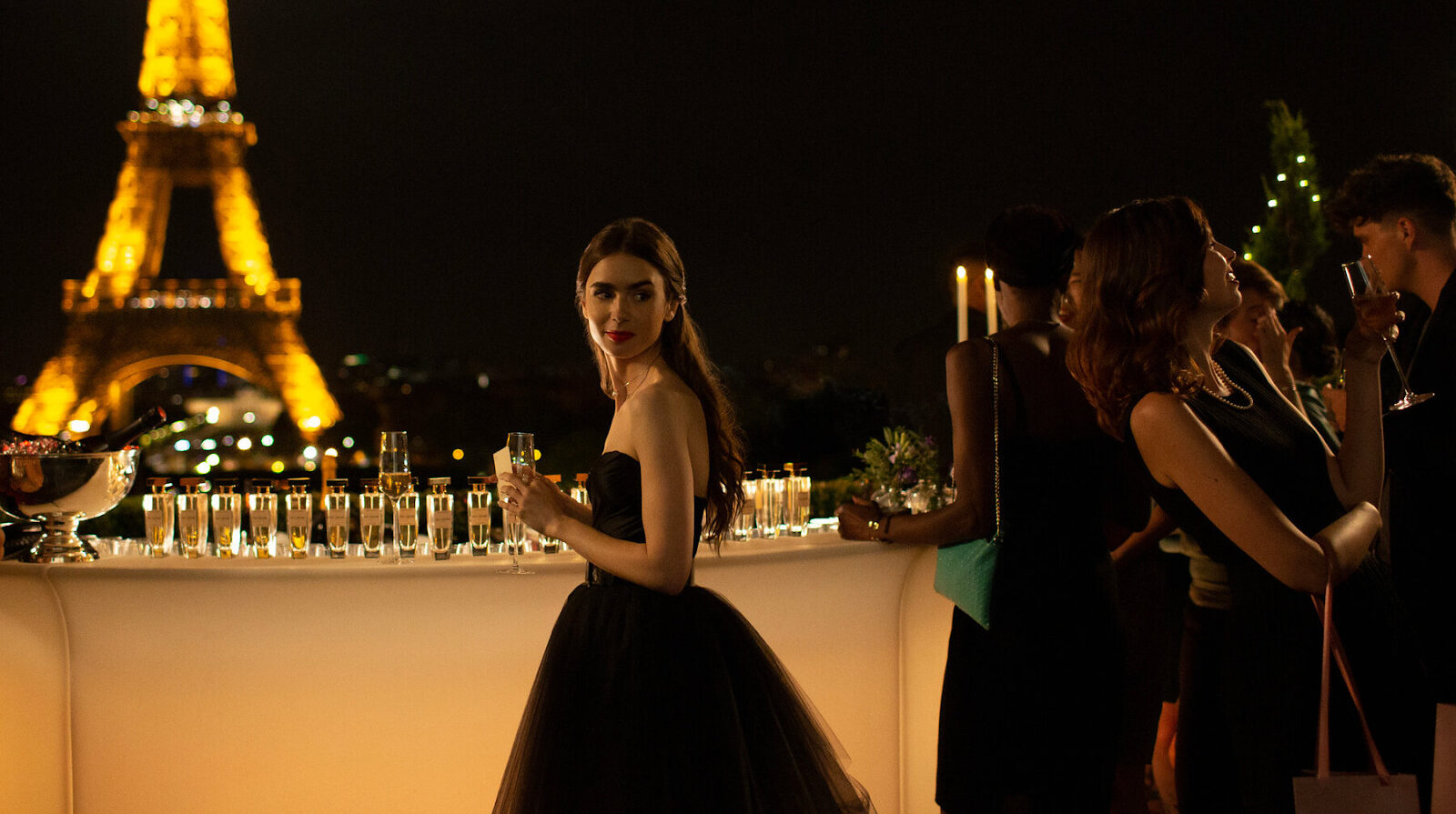 This might be a little hard to follow for those who have not watched EMILY IN PARIS, so I’ll do my best to explain the somewhat complex plot to newcomers: Emily? She’s in Paris.

EMILY IN PARIS is literally everything I could’ve asked for at this point in the pandy—I feel like I’m reacting to it the way people reacted to TIGER KING like… Are y’all SEEING this shit? Emily!!!!!!!! Is in PARIS!!!!!! EMILY IN PARIS was made for those of us who, at age 12, proudly declared to anyone who would listen that they had to take French class because one day they would study abroad in Paris. It’s so corny, it’s so thoroughly absurd, but I turned to my roommate after episode one and said, “I want this to be my life.” Emily (Lily Collins) receives the opportunity of a lifetime when her boss (Kate Walsh???) discovers she is pregnant and Emily is sent to work in Paris in her stead. Emily speaks no French but, of course, she thrives: every man instantly falls in love with her and no woman can resist her bumbling charm, except of course her new coworkers, especially her new boss (Philippine Leroy-Beaulieu). But Emily thoroughly embodies the obnoxiously optimistic American spirit and nevertheless, she persists. It’s like creator Darren Star called middle school me and was like, okay what’s your wildest fantasy? And that is why it is a perfect show.

My brain is so broken right now, man. I spend all of my free time (and then some) trying to find something, ANYTHING that will distract me, and quite literally nothing has done it for me the way EMILY has. I recognize that it’s bad (her outfits are atrocious, the dialogue is corny at its best and unbearable at its worst, she FUCKS A SEVENTEEN YEAR OLD??), but none of that matters (just kidding the sex with a 17 year old does and what I wish it was removed from the show!). Nothing is complicated. Everyone is hot. Paris is her playground. It’s completely uncomplex and walkable no matter how thin her heel. She never once boards the Metro. This show is for the simplest part of my brain: the part that wants to run away and pretend it doesn’t know what QAnon is.

And yet… EMILY IN PARIS is more than that. Not to be a #girlboss, but it’s fun to just watch this nice white lady fail upwards in the most beautiful city on earth! And smooch a very hot, uncharacteristically nice French guy! And to laugh and laugh at the French stereotypes that are ALL correct! And to dream about wearing a gorgeous gown to l’Opera Garnier to dump your snobbish new boyfriend and discuss GOSSIP GIRL with one of the world’s most famous couture designers. You get my point. EMILY IN PARIS is like going to Madewell and finding the perfect skirt and it’s 40% off sale + 15% because you still carry your student ID. It’s the most gorgeous temporary high. She really is in Paris!! [Aya Lehman] 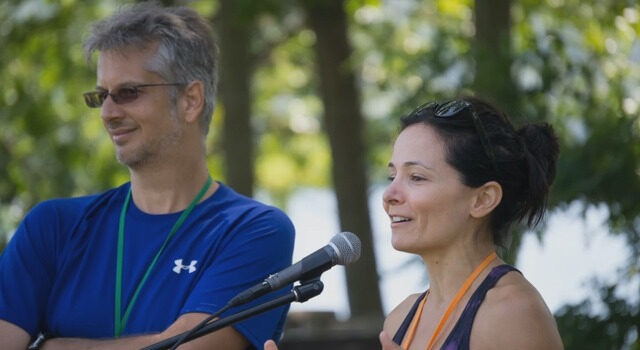 We love to see an HBO Docuseries, and we love to see a weird sex cult get their comeuppance. So, dear reader, I can assure you that we truly love to see THE VOW. You may remember back in 2018 when C-list SMALLVILLE actress Allison Mack and some Charles Manson lookin’ dude named Keith were arrested for sex trafficking. The backstory there was that Keith Raniere started NXIVM as a secular self help organization/pyramid scheme in 1998. Fast forward 20 years and Keith is a god king with his own personal harem who have been branded with his initials. THE VOW follows a team of defectors from Keith’s inner circle as they work with the FBI to bring the cult down, and answers such burning questions as “Why?”, “How?”, and “…. What??”

When you’re talking about cults, it’s a fine line to walk between honoring the victims and giggling about kooky cult stuff. THE VOW is a Cirque du Soleil caliber gymnast in this respect. We’ve got ridiculous too-short-but-somehow-still-too-long colored sashes denoting rank within the cult. We’ve got an absurd guided meditation that brings the listener from “the deepest despair” to “the utmost joy” and then “back again to despair!!” and “back to joy!!” like something out of a Daffy Duck cartoon. THE VOW shines a spotlight on just how much NXIVM lifted whole cloth from Scientology (which, if you’re a cult enthusiast like me, is hilarious in and of itself). On the other hand, we see firsthand the pain and suffering Keith and co. inflicted on his followers. Due to an odd obsession with capturing everything on tape, we can actually watch the moment Allison Mack meets Keith for the first time and has the rug completely ripped out from under her as he delegitimizes her career in about 15 seconds of conversation. How fragile she must have been going into that moment, and how terrifying it is that falling into the wrong hands at the wrong time can just break a human being so utterly. Cults are an interesting cocktail of the hilarious and the horrifying, and THE VOW captures this exquisitely.

The four core defectors leading the charge against Keith were once his most powerful allies and recruiters, now having to double back and deprogram the people they enlisted into Keith’s clutches. It’s something acknowledged explicitly, but has been widely discussed online during the series run. The relationship between culpability and victimhood is a tough one to discuss in most cases, but THE VOW seems to be leaning into the “Everyone Sucks Here” approach, and in doing so, adds a valuable facet to the mainstream true crime dialogue. THE VOW is worth a watch for fans of true crime; great documentaries; big personalities; and crunchy, morally complex narratives. [Kate Brogden]