It was only a year-and-change ago that Vince Staples released his 2017 sophomore album, BIG FISH THEORY, a record that I have professed a great admiration for. Now, the sharp tongue and acid wit of the Long Beach, CA rapper is back in short order, this time with a brief, 22-minute thrill ride, or maybe blunt cruise, of an album that mirrors in many ways his PRIMA DONNA EP released in between his first two records. FM! is a conceptual record, using audio from Big Boy’s Neighborhood, a syndicated LA radio show, to give the entire project a FM radio-like feel: songs are punctuated with short DJ breaks and interludes, along with appearances from guest artists like Earl Sweatshirt, Kehlani, Ty Dolla $ign, and Tyga. Despite the project’s brevity, it manages to impart a thoughtful reflection on popular consumption of black art that feels like an essential piece of the ever-expanding Vince Staples catalogue.

The production on FM! is handled primarily by Kenny Beats, one half of the now defunct EDM duo LOUDPVCK. Kenny’s work strikes a very natural balance between a sinister darkness and a laid-back West Coast bounce that fits Staples like a well-worn shoe, providing a colorfulness to what he brings vocally to the project. It’s not exactly a secret, but it is more apparent than ever on FM! that Staples takes great inspiration from West Coast hip hop legend Snoop Dogg (who is from, you guessed it, Long Beach) and the laid-back, sunsoaked vibe that can be found on many of his records. But Staples carries with him an innate thoughtfulness and pessimism that makes his work distinct from other West Coast artists, effortlessly blending his darker and more experimental inclinations with the drop top lowrider anthems that he was raised on.

FM! opens with “Feels Like Summer,” which I guarantee you is orders of magnitude better than last year’s Weezer single of the same name. It sets the tone for the full project immediately, playing some Big Boy spoken-word over foreboding synth backing before jumping headlong into Staples’ first verse of the record. FM! functions more largely as a juxtaposition of the thoughtless and commercial consumption of black art and the suffering and pain that the black communities and families behind that art have endured in the modern-day economic landscape; it is in this vein that “Feels Like Summer” and many of the other tracks on FM! exist and thrive. Staples not only makes his musings on this matter very clear, but almost makes them impossible to miss. The very first couplet of the entire album is “Summertime in the LB wild / we gon’ party ‘til the sun or the guns come out,” and it’s hardly the last time Vince makes a similarly political statement. Alongside Ty Dolla $ign’s great hook, Vince’s flow is unmistakably his, deftly swerving in and out of the beat without breaking anything even remotely resembling a sweat.

The next three songs help to make the first half even stronger. “Outside!” is a straight up-and-down banger that samples, of all things, Nyan Cat for the beat, slowed down and pitch-shifted, while Staples goes into more gritty detail about the Long Beach gang culture. He also throws in a little sly callback to his breakout hit “Norf Norf” in the refrains, by mispronouncing the word “north” each time he comes across it. “Don’t Get Chipped” is more foreboding, featuring Jay Rock on the hook and including another callback to a prior single, this time a borrowed line from the BIG FISH THEORY-highlight track “BagBak” at the end of the second verse. “Don’t Get Chipped” features some of the most technically impressive rapping on the project, which carries over, albeit in a different way, onto the following track, “Relay.” Staples’ delivery of his verses and hook on “Relay” are so quintessentially Vince Staples that it’s difficult to imagine the song being made by anybody else—the second verse in particular is a very strong display of emotional storytelling, not necessarily a style that he trafficks in normally, but one that he wears very well here.

Another highlight of FM! that needs to be noted is the song “FUN!” The skeletal and heavily percussive production is immediately arresting, grabbing the listener right back into the music just in case your attention might have been wandering to something else. Staples and guest E-40 both bring a blissed-out swagger, creating a conceptual centerpiece to the record. Staples delves into his own past behavior in the verses before stating in the chorus that “We just wanna have fun / we don’t wanna fuck up nothin’” (note that “FUN” also serves as an acronym for “fuck up nothin’” in the title). Whether he earnestly means this, or if he’s simply feeding himself a line to justify his old actions, is left to interpretation, and the moral ambiguity of the track helps to drive home Staples’ intended message further: the paradoxes of hip hop are sometimes unsolvable.

This is by no means a perfect project from Vince Staples. There has been a number of hip hop releases this year that thrive on greatly abbreviated runtimes, but the concept of FM! seems not entirely tapped. The project could probably be several tracks longer, and might’ve benefitted from further development. Songs like “Run The Bands” and “No Bleedin” are by no means weak, but they tend to fall by the wayside compared to some of the superior tracks around them. And to be totally honest,  I’m not sure that anybody was really clamoring for, as the tracklist calls it, “Brand New Tyga.” All these very mild issues aside, FM! is a strong and cohesive statement from one of the genre’s best and most charismatic. The production is clean and hard, Staples is sharp and focused, and the FM radio style concept makes for a dynamic and interesting listen from front to back. 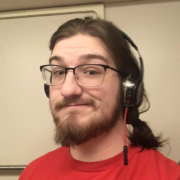 A Very Merry-Go-Round: I Ranked Owl City’s Christmas Songs so You Don’t Have To 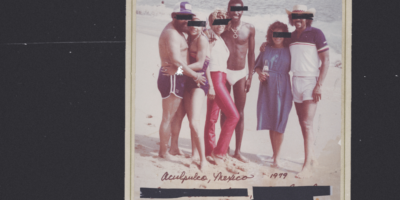 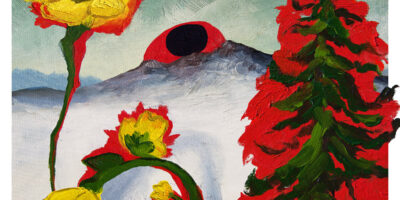 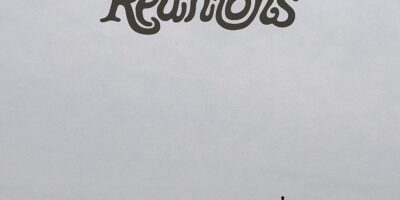