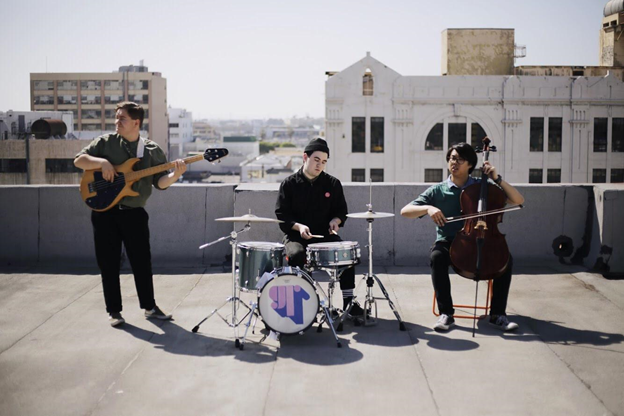 Photo by Seannie Bryan, from the “Mahjong Room” music video

When Cameron Lew’s parents first bought him a guitar at age 10, they thought it would be something to keep him busy, not something that would turn into a passion leading him all over the world and connecting with listeners on an international level. When we talked on a Sunday afternoon in the middle of a California summer, Lew had just returned from a Midwest tour that included Chicago, Nashville, and Cincinnati. Despite it being his first time in some of these cites, he had an audience ready and waiting. Lew, known musically as Ginger Root, has been steadily building an impressive following of close to 30,000 monthly Spotify listeners.

Those Spotify listeners are an important tesitment to Lew’s important connection to the internet; while pretty much all artists today utilize the internet (to not would be a death sentence), in Lew’s case, it’s actually how he got linked up with his current record label, a story that’s becoming increasingly popular in the modern music landscape. Through a long-lost Kindergarten friend, Lew met Dan Asip of Nashville-based Acrophase Records, and a great partnership was formed. “Dan is good at the big picture,” Lew explains. Dan helped connect him with more people and get songs placed on Spotify playlists. While Lew is signed to a label, he is still very much independent when it comes to creating the tunes and booking shows.

Lew’s most recent collection of songs, MAHJONG ROOM, takes aim at change, which makes sense as it emerged during Lew’s final year of college. Self-proclaimed “aggressive elevator music,” Ginger Root’s sound is both minimal and soulful—peaceful bouts of music before Lew’s voice breaks through to add a kick. The songs walk the line between groovy jam band tunes and more chill, jazz-leaning laments.

Lew often doesn’t sit down to write in the traditional sense, but rather is interrupted when doing other things. It’s not uncommon to find him catching spare moments in his car or on a film set. “90% of the time I start with the chords,” he explains. “And they usually come organically while I’m just messing around on the keyboard or guitar. Sometimes I’ll use my looping pedal and loop the part on keyboards and bass, and then play drums to it, to get a feel for a more cohesive sound. After, I’ll usually make a demo with those three instruments and then add any additional parts that may seem fitting (synth, guitar, percussion, etc).” From there, lyrics are added and a song is born.

Within those songs exist some catchy melodies, and Lew has a knack for catchy melodies. Each one fits the bill of being simple, singable, and sincere. But whats makes them stick is how they’re sung, ranging from floating and relaxing to biting and energizing, becoming Ginger Root’s trademark sound.  It’s a sound that is equipped to take on the world and build fans from a diverse background, and it already has begun to—Lew, along with his band, just finished up a European tour supporting Khruangbin.

Regardless of where they land on the musical spectrum, there are two elements that seem to be consistent: space and melody. Lew’s use of space in the songs allows them to breathe and carries the energy without it being unrelenting and tiring. Gaps in between sections of the songs feel like lifts, mini-resets that add excitement without having to change too much. ”A theme revolving around the songs is trying to figure out your future, without forgetting your past self,” he says. A balance every artist, and person, attempts between remembrance and growth, paying tribute and moving forward, and Lew seems to be striking that balance perfectly. 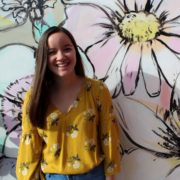