Surfing the wave of last year’s Time’s Up movement, the 2018 Student Academy Awards feature a batch of outstandingly diverse directors and stories. With four of its eight nominated films shot outside of the United States (from mainland China to Haiti), the ripple effect of championing diversity and acknowledging minority voices in Hollywood can be felt all the way to this year’s recognition of young talent. That isn’t to say that the Student Academy Awards haven’t always been rather diverse (just look at our roundup from last year), but the expressly political nature of this year’s batch proves that fighting for social justice is the current state of mind—and for good reason! With this series, Merry-Go-Round will be highlighting all eight films nominated in the Live Action – Domestic category. 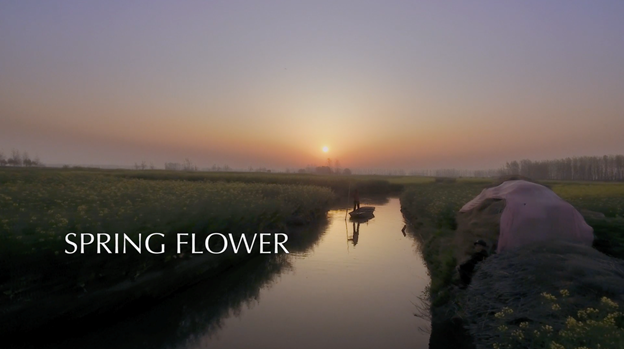 Though much of the public discourse surrounding USC’s film school focuses on the cinematic megalodon’s that are George Lucas and company (John Milius, Robert Zemeckis, and Steven Spielberg, by extension), the current climate of the school has paved the way for diverse voices from all over the world. With a total of five nominations at this year’s Student Academy Awards (three of them in the Narrative Fiction category), USC retains its seat as an industry stalwart. Gisele Tong, a recent alumni from USC’s School of Cinematic Arts, is a Chinese-born filmmaker who travelled to her home country in an attempt to tell an affecting tale of a young woman reclaiming her sovereignty in rural China. Shot in Jiangsu province, Tong not only accepted the challenge of doing this story of arranged marriage justice, but literally went the extra mile to shoot her film on the other side of the globe.

My first question is a simple one: how did you pick the village for SPRING FLOWER?

That’s my father’s hometown. My grandmother still lives there.

So you had been to the village prior to making the film, I presume?

Usually I’d go each year to celebrate a festival and visit family. I’ve probably been there 10 times or so.

Personally, I think it’s really amazing when filmmakers complete their studies abroad and then return home to apply what they learned. As an international student myself, I believe that we all can tell the most valuable stories if we go back to a home we once found “boring.” Would you want to make a career for yourself directing films in China?

Right now the agency I’m signed with is UTA [United Talent Agency], but they have a China department. I just finished my OPT [short for Optional Practical Training; a year long VISA extension for international students graduating from University in the United States], and I’m looking to maybe go back and work in China to do some Chinese-American co-productions. I’d also be open to making films in China that would be well received abroad, telling stories that people in other countries want to hear as well. 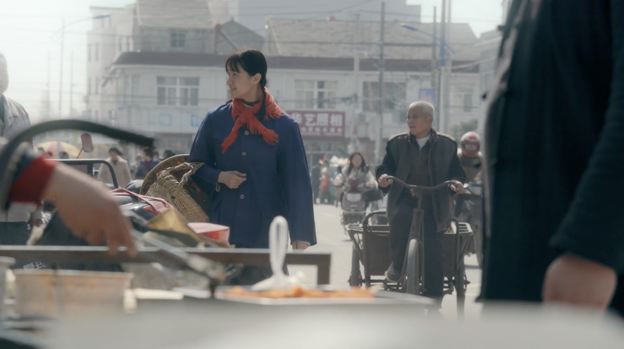 Can you talk a bit about applying what you learned in America and applying that in China?

That’s actually quite hard because the production culture is different. With SPRING FLOWER all the key crew were people who had graduated from USC, UCLA, and some other American schools. Only the grips and PAs were Chinese locals. So overall the production was run in an “American style.”

What would you say is the big difference between the Chinese and American style?

It’s very interesting actually. For example, ADs have quite different jobs in China. So I can’t hire a Chinese AD with an American team because they aren’t used to handling schedules on a detailed, hour-to-hour level. It’s more loose. The first AD that we hired told us that they usually shoot 15 hours a day and don’t really think about a 12-hour limit, so we had to replace him. I think it’s because the job is different in China. Usually they will direct the actors more. In the old Chinese film culture, the director only sits by the screen [in video village], and the AD would tell the actors what the director wants. So he will give some directions.

Going off of that question, what was the process like finding your cast? How many of these people were locals? How many of your actors were professionals?

Only two of our actors were professionals: the disabled man and the main character. I found the girl by auditioning a lot of girls at theatre schools in China. I originally wanted a local but nobody wanted to play a role with such violent things [there is a rape scene in SPRING FLOWER], so I had to find a professional. Actually, some of the actors were my relatives.

Oh really? Can you talk more about that?

Sure. The grandma was my real grandma, and the father character was my uncle. My grandma couldn’t remember every line, and she’d always look at me, so I would have to stand where I’d need her to look. In the scene where she talks about meeting her husband in the movie, that’s her real story, and we just left the camera rolling and didn’t tell her. She can’t remember lines but she can tell stories very well, so most of my directions were me asking her to tell us stories. My uncle was more difficult. I can’t control him. *Laughs* He’s a farmer and had never acted before. To him it was just a game. He’d even drink on set. But I know his history, so I would make him remember sad parts of his life to have him act the harder scenes. 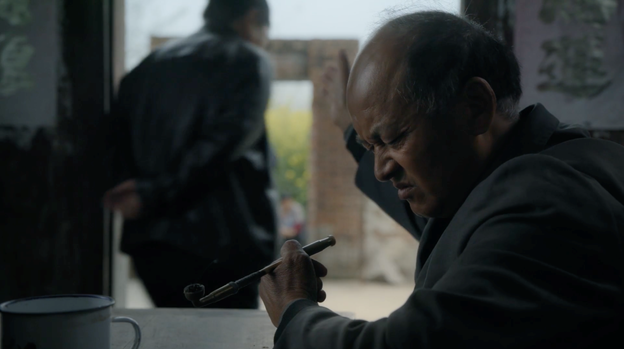 Do you think it was a good idea to cast family members?

Yes, I actually wrote the parts for them.

What about the local crew members, where were they from?

They were all from Beijing. One production designer was from Taiwan. The village was five hours by train from Beijing, in Jiangsu province.

How did this story come to you?

I went back home for the spring festivals and heard this story from family members. I identified with these characters quite a bit. The film is not really a true story, but it’s a combination of traditional culture stories and things I’ve heard actually happened.

Is SPRING FLOWER a thesis film? Can you talk a little bit about pre-production for such a project? I imagine it must have been challenging to prepare a film in the U.S. and then shoot it in a village thousands of miles away.

I actually only took one class during the shooting semester. So I spent this time travelling to China to find my team. The production time was limited to April, because the Canola flower only blooms in April, so I couldn’t get any students from USC.

Watching your film, the stylings of Jia Zhangke came to mind, especially his 2015 film MOUNTAINS MAY DEPART. Another filmmaker whose presence I felt was Hirokazu Koreeda. Who would you say were your greatest inspirations in the creation of this film?

I think there’s only one scene that influenced me. I was inspired by the Korean movie, MOTHER. The first image in that movie gave me a lot of ideas for the scene where the main character burns the field at the end of SPRING FLOWER. 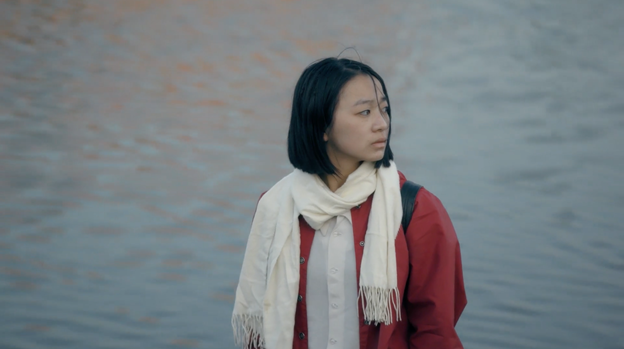 What I find really fascinating about SPRING FLOWER is how it uses a lot of imagery that we associate with tradition and an older style of filmmaking, and juxtaposes this with a more progressive feminist message. How did you decide upon the style of your film?

I actually don’t have my own style. I mean, this is my first 30-minute movie. The story, characters, and the dramatic stuff is already really strong, so I don’t want to use special compositions to make it too complicated. I just want the audience focused on the emotions, not the technical things.

What would you say was the most valuable learning experience in the creation of this film?

People. Dealing with everything from the villagers to the crew. Finding actors in pre-production and communicating with all these different people.

Awesome. Thank you so much for talking to me, Gisele!

Thank you so much!

SPRING FLOWER went on to win gold at the 2018 Student Academy Awards.Catch it on the festival circuit this year, and keep your eyes peeled for more of Gisele’s work down the line!

Ginger Root Is Calling It Home