Pete Nicks is an impressive filmmaker. His latest documentary HOMEROOM began filming in Fall of 2019 and wrapped after a global pandemic hit: you know, a small hitch in the road. It premieres on Hulu this week after a well-received run at Sundance, but that’s not all, his other two award-winning docs are also coming to the platform for a full Oakland-set trilogy. Also, his executive producer is, of course, Ryan Coogler: it was just announced on Tuesday that the two, alongside A24, will be producing a documentary about Steph Curry. If that pedigree doesn’t blow you away, then I don’t know what will. He’s also a Bay Area guy, and when one of our own succeeds in the public eye, we won’t stop talking about it.

The following interview has been edited and condensed for clarity.

Congratulations on HOMEROOM’s Hulu debut! I saw the film at Sundance and I was blown away. Can you describe how the last few months have felt?

Pete Nicks: To see the fruits of your labor start to touch people and go into communities that are dealing with similar issues, and sharing it with other young people who are reflected in the film, that’s really gratifying. Not just for me, but for everyone that worked on the film, because it’s so many people. It’s such a difficult thing to complete and release a film. There’s a lot of people on the team who are really proud of that and happy to start to see it get out in the world.

THE WAITING ROOM and THE FORCE are also going to be available on the platform, right?

PN: That’s actually maybe the most exciting thing. When I made THE WAITING ROOM, I knew that there was a bigger story to be told, that this film would be part of something larger. That one we released independently and it actually did remarkably well: it got shortlisted for an Oscar and it did pretty good theatrically. Then it was on PBS. THE FORCE went to Sundance and it was acquired by Netflix and then it was on PBS, and then HOMEROOM was acquired by Hulu and they somehow negotiated a way to have the whole trilogy move over to Hulu, which is great, because I want people to think about and experience these films in the context of each other. These larger themes that the whole series gets at have been things we’ve been dealing with for generations, whether it’s access to healthcare, the criminal justice system, education… These are questions that we’ve been grappling with in America for a long time. Trying to fix and reform each institution individually is not really the way to think about it, we have to think more holistically about the relationship between all these challenges. 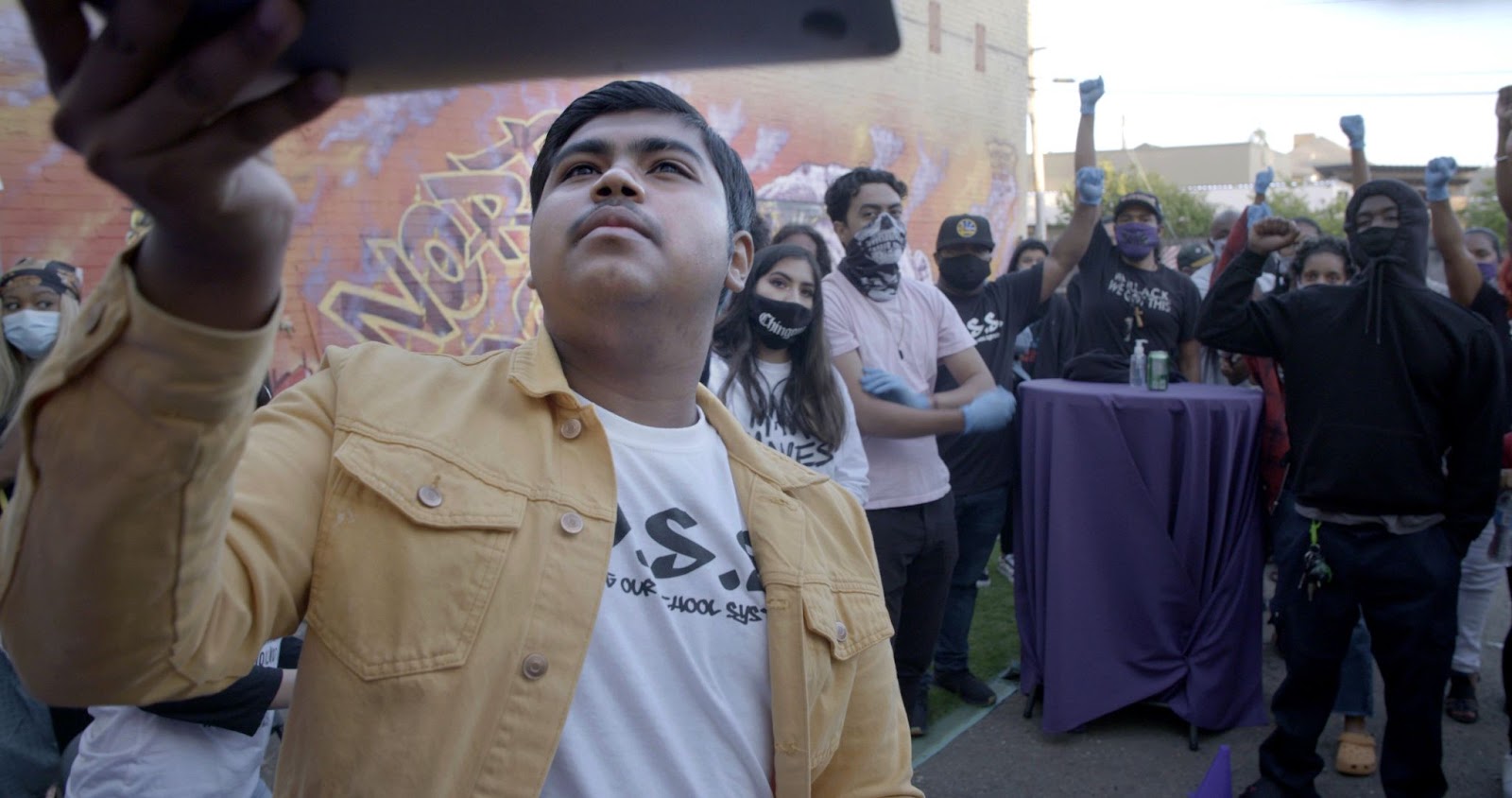 The Oakland community has undergone significant stress, especially during the pandemic, but as you’ve said in your films, the city and greater Bay Area has systematically disadvantaged BIPOC residents for years. This is your third film about Oakland Institutions. Do you, at some level, feel a responsibility to ensure these stories get told?

PN: I’m just one person, you know. I’m not from Oakland, I grew up outside of Boston, but I’m a mixed race filmmaker. I was born in Ohio, and adopted and raised by a Black family in Boston, went to white private schools, went to Howard University, married a refugee, have mixed race kids, so, I’ve seen life and experienced perspectives from so many different angles. It’s really important to tell stories from a position of knowledge, from a place of having a deep cultural understanding of the story of your community. It’s hard to raise money, so traditionally these stories have been told by outsiders and I’m hoping that this work can also inspire other people within cities like Oakland to tell their own stories. That’s part of my hope.

As you just mentioned, this isn’t necessarily an Oakland story. This is a broader tale that can be applied anywhere. Last summer when social activism took center stage in the lives of the students, but also as part of a national conversation on race, it’s pretty remarkable that it happened concurrently to shooting HOMEROOM – did you have a strategy to build out the narrative?

PN: We had to react to what was unfolding. What happened with THE FORCE, when we were almost done with the film, it’s a film about reforming the [Oakland Police] department, and they were actually doing very well, but then a big scandal broke out literally a few months before we were done, so we had to re-edit. The film we showed at Sundance was much different than it would have been had that scandal not occurred. With this style of observational filmmaking where you’re embedded in the community, the truth tends to bubble up and reveal itself and that happened in THE FORCE; that happened in THE WAITING ROOM, in the sense that so much happened in that evolution of the conversation around access to healthcare. The pandemic really sharpened our understanding of what’s at stake. Of course, when the pandemic hit, we went into our footage and realized Denilson Garibo, who’s one of the main characters, had been working on this issue to remove police from the school since day one. The pandemic wasn’t going to stop them. They were going to keep working, using Zoom, and marching in the streets, and so that’s where our focus shifted.

One of my favorite scenes in the film captures that starkness at the start when there’s a public forum where some residents, who look to be majority white and older, are audibly drowning out Denilson and other students who are trying to present an action plan. It was one of the most clear-cut visuals of that notion of the “good-intentioned” liberals taking up space. Did your team predict that this dynamic was going to play out?

PN: There does happen to be that issue of the well-intentioned issue of liberals and their elevation above and beyond people whose voices need to be heard. For whatever reason, they’re not the ones coming out and standing up to that microphone, and that’s something we’ve noticed over the years. Some of that conversation around it emerged in the wake of George Floyd, this notion of allies taking a step back. What was remarkable to us is the young people that stood up to that, and it takes courage to say “You need to let us speak, and you need to listen to us.” To be a young person and not even 18 and presenting in that way? When I was 16 or 17-years-old, I was a hot mess. I don’t know what it is about these young people today, whether it’s social media, whether it’s the change in culture that’s empowered them, but they are the new generation, similar to the ‘60s. I was born in 1968. I don’t remember it because I was a baby, but the college students who pushed civil rights, they were college students! It seems like now it’s 14, 15, 16, 17 year-olds that are doing that same stuff and that’s really quite amazing. 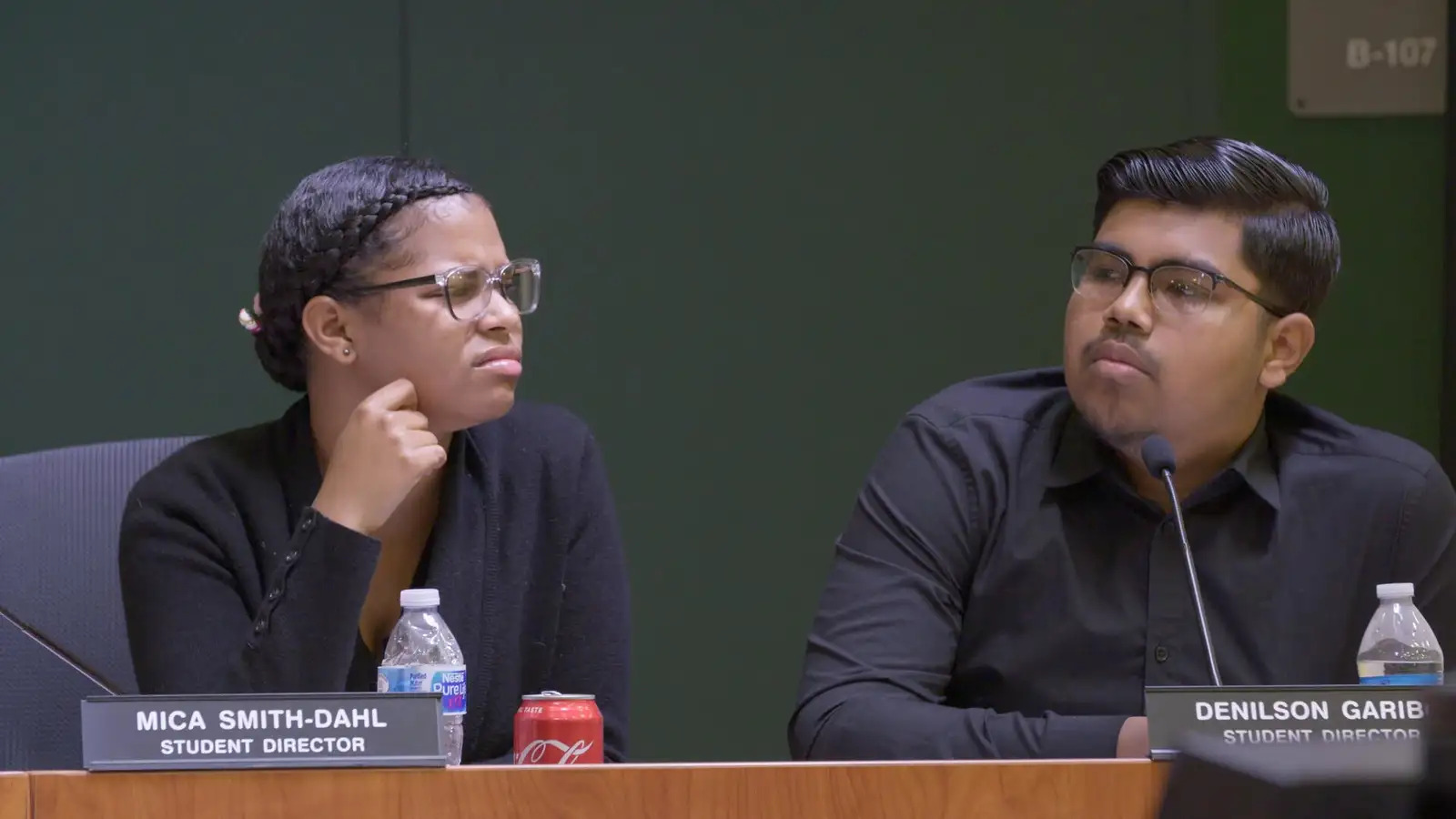 I think that is the hallmark of HOMEROOM itself: your ability to capture these students and the way they are changing their community. Can you describe the filmmaking process of just capturing the feelings and emotions of these young people? Obviously for them it was a taxing process, but for yourself and your creative team, it must have been a real emotional process as well.

PN: You develop a close relationship with people you’re following around with a camera. It’s a very unnatural thing in some ways. For young people, it’s also very natural. They film themselves, whether it’s TikTok or selfies. They’ve grown up with that on some level, they hardly know anything else, so they’re kind of primed, but an outsider coming in with a big camera is a different thing. It’s a big responsibility. Everybody performs. We perform on first dates, on job interviews, while being interviewed by journalists. The art of the documentary is capturing authenticity and piercing through that performance, and revealing something that’s true. Oftentimes you can get to it when there’s a crisis. In fiction, writers put their characters in a crisis state in which they have to make a decision and that decision often will reveal truth or authenticity, and that’s our process as well. We do a lot of stuff without the camera by hanging out and getting to know people. Once we go, it’s all about taking your time and having that intimacy. The things that don’t seem that dramatic are the most revealing. Then you get into the editing, and of course it’s a whole philosophical discussion because films are very constructed, very subjective, very manipulated stories. That’s also a huge responsibility that we are trying to, as best we can, reflect and present, in the form of film: what we experienced emotionally, what we saw, what we felt, and what we smelled during that whole process.

What do you hope people will learn from watching HOMEROOM?

PN: As a parent, it’s a struggle, trying to both raise and teach a child, but we have to recognize that the tools young people have are different. They have skills, perspectives, and a voice that can really make a difference. There’s a need for validation there that I don’t think exists between the classic relationship between adult and youth. We have to recognize that they will and can play a very significant role in shaping our future, enacting policies, and examining the efficacy of certain laws that affect them and the rest of us; that they really can play a significant role in our democracy. I’m hoping that people will take away a sense of hope. There’s a lot of things to be anxious about, to be depressed about. There’s a very significant adolescent mental health issue that needs to be addressed, but they’re also participating in providing us that hope and showing us how powerful they can be. On the other side of it, as adults, whether a parent or a teacher or member of the school board, we can see these stories and recognize and welcome them into the process of us trying to affect change in our society, communities and our democracy.

HOMEROOM is now available on Hulu. 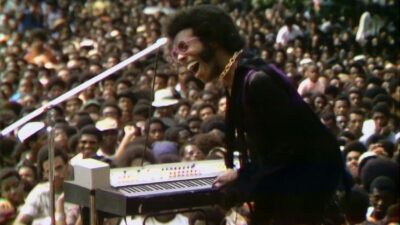 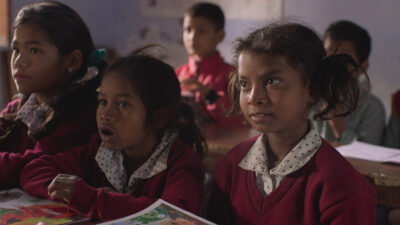 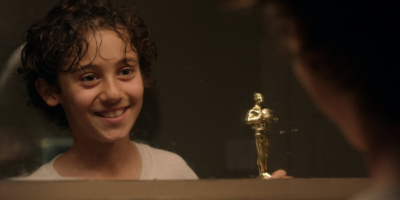