The lineup is starting to heat up, with upwards of five films premiering at once. It’s starting to smell a lot like Sundance. We’ll be here on the (virtual) ground keeping up with as many as our feeble minds can keep up with. Up on deck: Peter Nicks’ HOMEROOM and Questlove’s directorial debut, SUMMER OF SOUL (… OR, WHEN THE REVOLUTION COULD NOT BE TELEVISED). 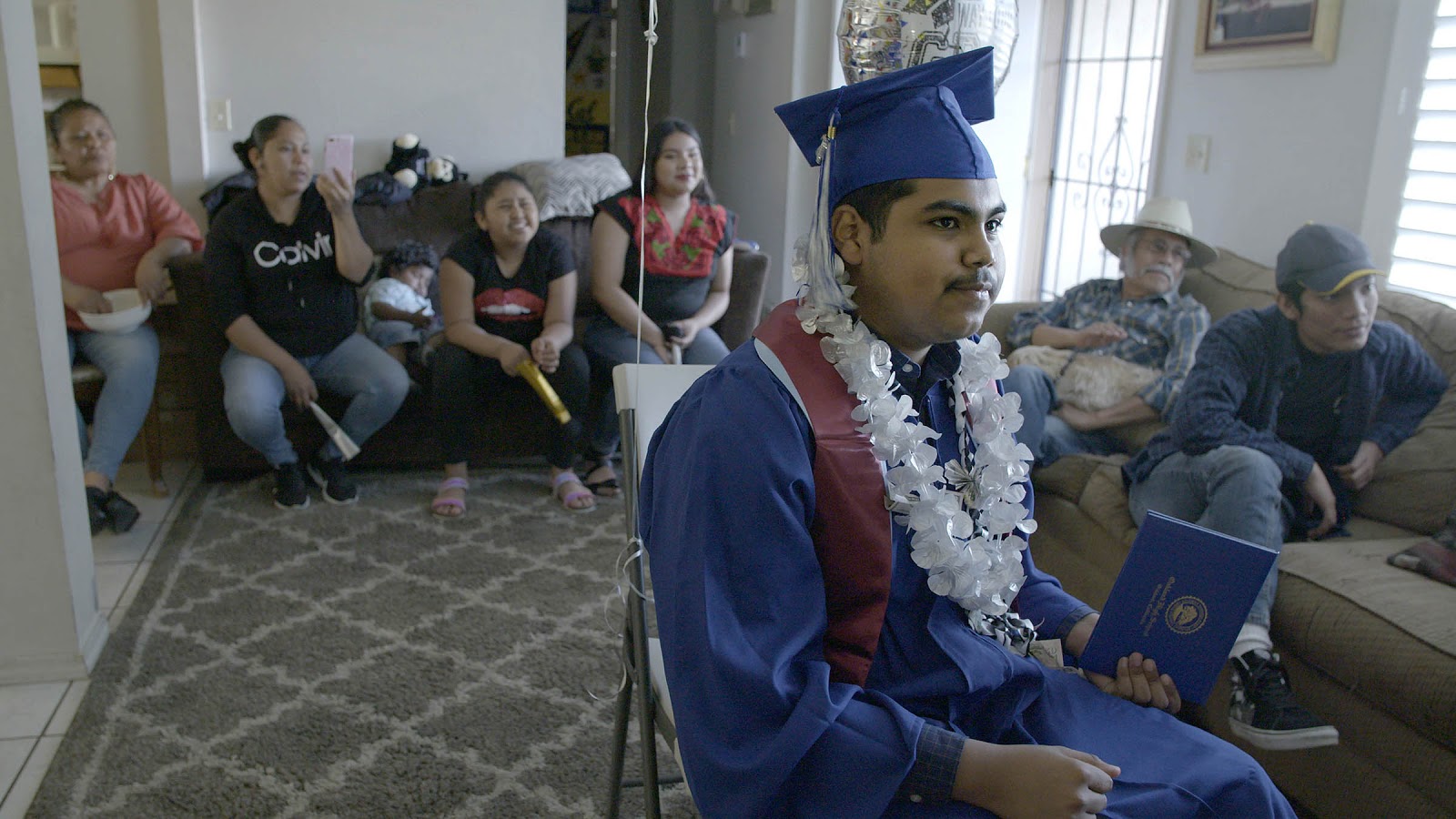 HOMEROOM is the final installment of Peter Nicks’ Oakland Institution trilogy, chronicling the lives of the 2020 senior class of Oakland High School, and it’s a dazzling finale. Much like THE FORCE and THE WAITING ROOM, HOMEROOM begins as a verité document, but evolves into much more. It transcends the unglamorous life of a high school senior, portraying the resilience within these kids when all they really want to do is hang out with their friends and live a safe, happy life without the worries of school policing and gentrification. The seniors in focus are thrust into the extraordinary situation that was 2020, and as the remainder of the school year unfolds, their activism is fully realized. HOMEROOM shows us an alternate reality from the crushing whiteness of Sundance 2020’s BOYS STATE, one where progressive Black and Brown youth are making the change, shaking up institutions, and leading the movement towards a more equitable world. The pastiche of social media from the personal TikTok and Instagram accounts of our characters paired with the serene, fly-on-the-wall camera work captured from Nicks’ crew in real-time provide the audience with the most authentic document we will ever have of what it was like to graduate in 2020. HOMEROOM is his latest and greatest in a quest to tell the stories of those on the margins. It is remarkable that his cameras were present for one of the most important moments in a teenager’s life, on the brink of the next life phase, all during an extra-challenging year.

Nicks successfully conveys a sense of urgency and frustration the students have for the out-of-touch leadership. Denilson, our main character, is undocumented and serves as a student delegate to the Oakland Unified School District Board. We see multiple efforts to defund the OUSD with a poise and pragmatism overshadowed by the cacophony of older, white voices who don’t know when to be quiet. There’s also the pushback from a multi-racial school board that seems to prefer the optics of teenage voices to actual power. The board’s first attempt to pass a resolution that would scale back the OUSD is a pitch-perfect portrayal of the failures of local government and the balance of power in marginalized communities. This inception point sets the tone for the rest of the film, showing the humanism beneath the institution and how a multitude of voices, in particular young voices, can be a force for change. Through texts, meet-ups, classroom discussions, and other means of coping during the COVID-19 pandemic, we see what the future looks like, and it’s bright. Doing the absolute most for themselves and families, the students must hold the world on their shoulders: “Aint no power like the power of the youth, because the power of the youth don’t stop.” [Hilary Jane Smith] 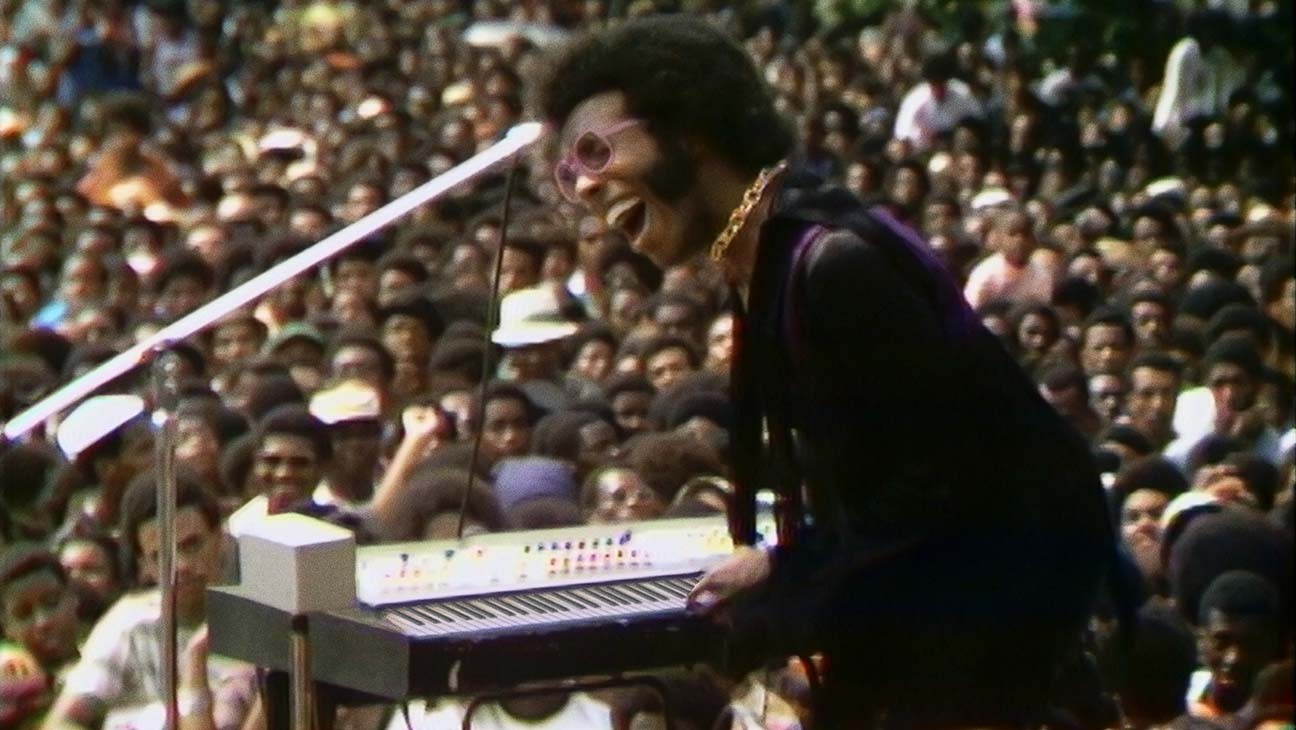 SUMMER OF SOUL (… OR, WHEN THE REVOLUTION COULD NOT BE TELEVISED)

On the day of the Apollo 11 moon landing, 40,000 New Yorkers were piled atop one another in Mount Morris Park to watch Stevie Wonder and Chuck Jackson. Never mind the moon: after all, that cash should’ve been pumped into Harlem instead. SUMMER OF LOVE (…OR WHEN THE REVOLUTION COULD NOT BE TELEVISED), Questlove’s directorial debut, presents the cultural context around 1969’s largely forgotten Harlem Cultural Festival. Organizers arranged a camera crew and shopped the compiled footage for years as “Black Woodstock” to zero avail, the footage shelved for nearly 50 years: until now. On that note, don’t get me wrong, the footage looks nice, the distributors passing on this did so out of pure malice, but the underestimation runs deeper into the celluloid itself. Compared to how photographers were approaching pieces like JAZZ ON A SUMMER DAY or MONTEREY POP, fiercely impressionistic mood pressure cookers, it’s unfortunately clear that the operators in Harlem weren’t too inspired to record beyond what was purely required. Luckily, with talent like this, you don’t need any highfalutin lenses to capture the beauty. There’s David Ruffin fresh out the gate, B.B. King already at esteemed legend status, and Gladys Knight and the Pips on the cusp of the songbook’s last gasp. On a humid summer day, Jesse Jackson details the severing of Dr. King’s spine, and the obliteration of his visage, immediately followed by the healing gospel of Mavis Staples and Mahalia Jackson. All of SUMMER OF SOUL’s footage is a gift, but this unearthed stretch will make you levitate. It’s a festival of naturally gifted wunderkinds, conservatory students, and Jackie Wilson disciples gathered in the same month-long ministry of funk.

Opting for a poppy rock-doc bent on weeks of celebration, painting several live events out to be one ultra-long mega-show, Questlove isn’t satisfied with just shipping out the restored footage, a la Syndey Pollack’s recently saved AMAZING GRACE, he wants to tack on the VH1 doc alongside it. It’s chicken soup for the ADD brain—sometimes it’s a podcast, sometimes a fashion catalogue, sometimes a warmly curated playlist, and other times a documentary. It’s a respectable interpretation of the ‘60s, and it helps that everyone in music absolutely adores Questlove, so at least the talking heads range from front-row attendees to every single remaining living musician on the bill, but you can’t help wanting to shoo along the slideshows when there’s an overflow of raw euphoria. Questlove has crafted his be-all-end-all treatise on Blackness coming to a head in 1969 when the very act of saving this footage from obscurity’s depths is radical in and of itself. He’s launching jabs, but he’s still playing nice: SUMMER OF SOUL marks its sights on white institutions that have long entrapped communities of color, make no mistake, but dodges nearly any ire for the decades of promoters and tastemakers that rendered this footage, this social memory, moot. He knows there’s blame to place, we know, too, but SUMMER OF SOUL would rather spend its minutes on the splendor. [Kevin Cookman]

IN THE SAME BREATH Is Too Little, Too Late, FLEE Captures a Missing Voice

IN THE EARTH Drops Acid in the Forest, CENSOR Can’t Hold a Candle to Its Inspirations