I only listened to the new Jonas Brothers album maybe four times in its entirety in preparation for this article.

If you’re here to read about HAPPINESS BEGINS, you’re going to be sorely disappointed, just like I was when I heard it! “Don’t Throw It Away,” “Cool,” and “Rollercoaster” absolutely slap, and yes, I tear up every time I hear “Comeback.” “Love Her” is actively terrible. There are 15 other pop albums of the last calendar year that accomplish everything this is trying to do and more. That’s uh… that’s all I’ve got! I listen to the four good songs from this album and then think, “Remember how fucking dope ‘A Little Bit Longer’ was?” And then I listen to their entire discography through 2009 and I forget any of this ever happened. I don’t hate the Jonas Brothers, I just feel this odd resentment towards them. So if you were coming to this article to learn about the Jonas Brothers album that came out a month ago, you have been misled. This is my own personal therapy session about unpacking the modern Jonas Brothers.

I used to LOVE the Jonas Brothers. Anyone who knew me between 2007-2010 probably cannot listen to “Burnin’ Up” without having trauma flashbacks to me hyperventilating at the Staples Center. And the Gibson Amphitheater. And Six Flags Magic Mountain. And like five other Southern California venues. Obviously I was a Joe girl (did that forever doom all my future relationships? Follow-up article coming soon). I had every imaginable piece of merch, I saw them roughly nine times, I even MET them!!! But my disenchantment with the Jonas Brothers came rapidly as they struggled with overexposure. All at once they launched their Twitters, their (physically painful) show was on air, they were on tour, and their newest album was in stores. It was too much! And by the time they had their first “comeback” with “Pom Poms,” I was past the point of no return. 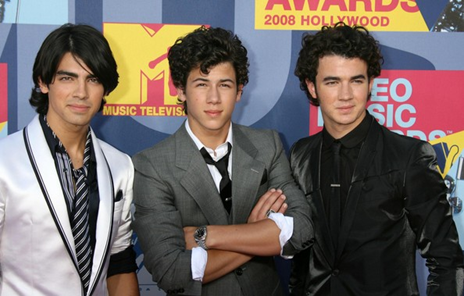 Which brings us to my first real beef with the Jonas Brothers: “Pom Poms” was a major turning point for me because it was them trying to be sexy, ergo the Jonas Brothers objectifying women—women, mind you, who make up the majority of their fanbase. It felt like such a betrayal to see these men who 14-year-old me imagined as flawless and respectful release a song and a music video that’s like, “Cheerleaders are hot, drop that ass for me.” Was I naive? Maybe. But you don’t see One Direction doing shit like that! It’s all part of this sick, decades-long quest to be seen as manly. The Jonas Brothers have always struggled with this need to flex their masculinity, likely from the inherent homophobia and misogyny that comes with an upbringing in the church. Nick has it the worst, especially since he became a gay icon (how) and a leader of the queerbaiting movement. He and Joe are always smoking cigars and he and Priyanka are #baegoals, their Instagram posts being like “hubby gets a number one song so wifey gets a Maybach.” It’s so antiquated, it’s so embarrassing, it’s so exhausting. But it’s plagued their image for so long that I think it’s what holds them back from being truly successful. Their initial image was that of three nice Christian boys, and now they’re trying to be sexy and stress how much they respect their wives and how patriarchal and traditional their relationships are (but they’re still “Cool” guys), and they cannot find a middle ground. 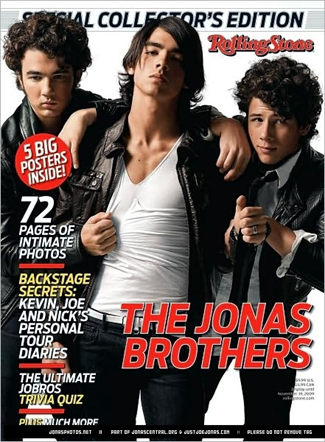 I wasn’t going to watch their smug Amazon documentary until it became clear that it acts as a companion piece to the album. CHASING HAPPINESS → HAPPINESS BEGINS. The film feels like an activity suggested by a family counselor: the brothers travel to Australia together and realize this is the first trip they’ve taken just the three of them in years (well, just the three of them and a camera crew), and they discuss how their relationship as brothers has suffered as a result of their fame. There’s this insane scene in which they’re playing a drinking game where they have to tell the truth (men are so fragile they can’t talk about their feelings unless they’re drinking?) and Nick and Joe admit that at a certain point they felt like Kevin was holding them back. Kevin sits there, clearly taken aback, and they move forward. This conversation should be at least… five different therapy sessions, but here they are casually discussing it on Amazon Prime. I don’t want to have to be the Jonas Brothers’ family counselor (I absolutely want to be the Jonas Brothers’ family counselor), but what the fuck. How is this productive or healthy in any way? A huge facet of the doc is a serious look at the brothers’ relationships with each other and how they’ve led to their demise and rebirth, but it’s not deep enough. They insist they’ve had big conversations and really gotten to the bottom of their resentment towards each other, but if that’s true, then how is Kevin just learning that the other two felt he was holding them back? It feels like they’ve done half the work towards actual healing: they’ve named the feelings, but I don’t see them taking any steps towards continuing the conversation and building back the trust.

So are the Jonas Brothers happy? They say they’re Chasing Happiness and now Happiness Begins, but it feels forced. Is this comeback actually productive for their ever-changing and ever-healing relationships? Or do they feel like they just need to prove to themselves that they can actually still sell out Madison Square Garden again. One can’t help but worry about what happens next, when the comeback hype has died down and they have to figure out what’s ahead. This might actually be the ultimate test of the power of nostalgia: do we all care about the 2019 Jonas Brothers because they’re bringing something new and interesting to the table, or because we’ve been so deeply hollowed out by the current state of our lives/the world that we’re clinging to the memory of being a lovestruck teenager? 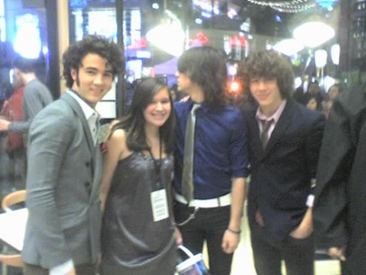 I think the Jonas Brothers were the first thing I ever outgrew. I hate letting things go, I love to cling to trinkets, people, feelings, screenshots of sweet text messages, crushes, etc etc etc. But I let the Jonas Brothers go when I was 16, and while I’ve tried to mimic the feelings they gave me when I was 13, there’s no recreating the flame of a pubescent girl listening to three cuties from New Jersey call her beautiful. I’m never going to feel that way again, because I am not that person anymore. Part of me wants to be. Part of me wants to want to blow all my money on pit tickets to the Hollywood Bowl show to hear “That’s The Way We Roll” live one more time. But I don’t want that anymore. I’m jealous of whoever does still want that! I want to love the 2019 reboot of the Jonas Brothers but I just can’t. (Unless they’d like me to be their family counselor, in which case: JoBros for life I’ll see y’all next Thursday.)

TRAILER TRASHED Episode 33: Kermit Does Not Have a Dick