During the pandemic, Merry-Go-Round Magazine has been hosting Dime in the JQBX, a fun event where sometimes artists from across the musical spectrum come and hang out! During some of these events, Editor-in-Chief CJ Simonson attempts to navigate a short and often spontaneous interview in the chat with the artists! We figured why not save those and publish some of them, along with the songs that the artist played that night. This edited transcript is from April 30th with Spud Cannon, whose album of the year contender indie rock spectacular JUNO arrives on June 25th courtesy of Good Eye Records. Grab a copy over on Bandcamp and find a selection of all the music they played that evening below!

So… JUNO is among my favorite albums of 2021, “indie rock the way mom and dad used to make it,” as I’ve been pitching it to people. Spud Cannon as a band are, I’d say, fun in a way that few indie rock bands are any more. It reminds me, not in sound maybe but in energy, like those early Tokyo Police Club records, just kinda reckless, fuck all goofiness, it’s so good.

Love that first TPC record and thank you for the very kind words!

Is being “fun” a discussed aesthetic of the band or just something that kinda happened naturally.

I think part of it roots from just being young, but more so from our formation in college. We did originally discuss two things: We want to play house parties, and we want to play mainly originals. So we knew it would have to be upbeat and honestly we didn’t take things too seriously. We wanted to call back to all the bands we loved in our even younger days, like Surf Curse, The Strokes, etc. But all in all there was never a vibe discussion, it just was very organic. All that was ever said was we are going to play fast.

I love that. Yeah, from the social media presence to your music videos to the songs themselves, fast, young, fun, there is a total vibe to all of it.

We’ve definitely leaned into it for sure.

So talk about how you’ve picked album covers, cause Juno the bunny deserves to be a star, but all your covers are A+’s, I think NEXT TIME READ THE FINE PRINT has maybe one of the best album covers of the 2010s, full stop.

Thank you for saying that! It’s actually something we put a lot of time into. Unfortunately, I think we will never top the NEXT TIME READ THE FINE PRINT cover, we stumbled onto that image on Instagram when the artist Gab Bois was almost unknown. We tried to recreate it ourselves but of course couldn’t, and then just licensed it from here for $100.

Of course, now years later, she got kinda famous and now her images we can’t afford to license so this cover we had to try to do a Gab Bois vibe ourselves. That is Lucy’s old bunny on the cover on her chest. Our friend took the photo. It’s definitely not as classic as the cactus mouth, but hey, happy to have had the cactus mouth when we did!

Even SQUEEZE has a great cover, I think you guys have a great, honed eye for it. And the bunny is just perfect. There are no cover songs on this new one, right? You guys do like to squeeze a cover song or two into the albums.

Not on this one. A first, ha! “Funky Town” wasn’t intended to make the record, it was more of a joke that went too far haha… but yes, only originals on this one!

Ha, nice. Yeah, I don’t like it either, but a Vassar punk band in the ’80s did it and we wanted to pay homage to them. It was more of a live thing to be honest. We had some extra studio time and just did it in one take. And then figured why not! Until of course Spotify thought it’d be super funny to put it in 100K peoples Discover Weekly’s for April Fool’s Day.

The White Stripes cover is fun too! I mean, you guys do solid, fun, inventive covers. They fit the records they’re on.

The Gary Oldman impression leading off NEXT TIME READ THE FINE PRINT is surprisingly like him doing his MANK voice. Not a question, just a thing I realized two days ago.

Love the Goldman. LEON THE PROFESSIONAL is tops.

So those earlier Spud Cannon releases were self-released. What was that process like, finding a team and hiring out on your own, vs. now working with Good Eye Records? I mean I think I told Michael (at Good Eye) this way back when, but I knew about you guys because you were worked to college radio, so even if they were self-released records, you all did the legwork to hire on it, have promo of some kind it seems, and did okay from afar.

We had obviously done it ourselves twice and really were fortunate that Michael was interested in signing us during the pandemic. Good Eye has really helped us a lot, it’s like having a sixth team member basically.

Had you been trying to get signed with the other releases or did you always intend on doing it yourself?

It’s too long of a story to get into here but we were approached and offered a sort of five-album shit deal by a pretty prominent indie label after our first record that never manifested. We weren’t ready, though, I think and they really wanted to change our direction for the worse. But since then no one except Good Eye has really bit on us, so thanks to Michael.

So your album comes out at the end of June… you’re like, in a prime position to do an actual, in real life, album release show, which is very exciting I’m sure.

Grab a copy of JUNO here, and check out Spud Cannon’s spins on JQBX via Spotify below! 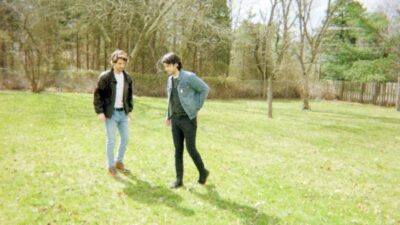 Kane & James Are Romantics For Our Modern Times 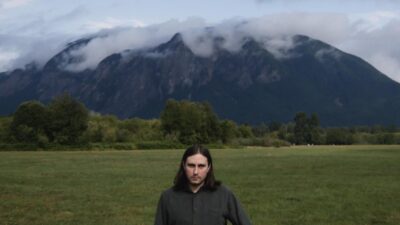 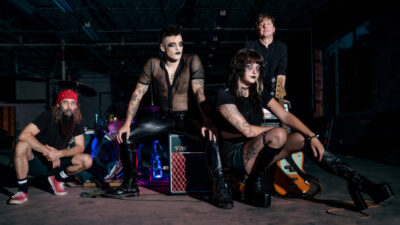 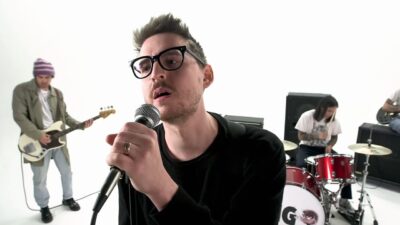 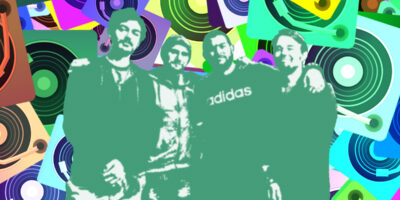 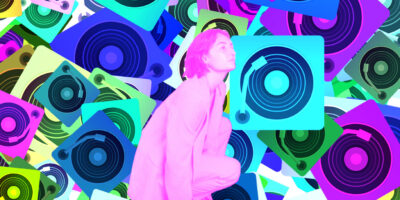 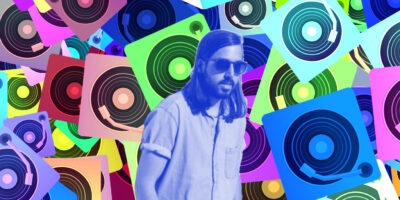