Favorite Tracks: “Pick Up Your Feelings,” “Price Tags,” “Lost One”

Jazmine Sullivan has apparently been a constant, underappreciated force in R&B for over a decade. I say apparently because the underappreciated nature of her work extended to me until this past week, when I had the considerable pleasure of experiencing her focused-yet-expansive new project HEAUX TALES. Her latest is as nuanced and refined an examination of bonking as one will find, explored, as the title suggests, through a series of heartfelt tidbits from the women in Sullivan’s life, which she masterfully interprets in song. This is far from the boastful themes of conquest and prowess that mark less thoughtful (though no less valid) music built around sex, giving both the beautiful and ugly sides of this basic human need their due. In the tight half-hour runtime, she evokes the empowerment and confidence sensuality can bring, as well as the shame and uncertainty, delivering an excellent album that feels both like a powerful collective statement and a deeply personal one.

It’s reasonable to argue that rap and R&B have been dominated by women these past few years. The proliferation of talented artists bringing fresh voices and perspectives to genres traditionally owned by men is nothing short of remarkable and long overdue. Though sex as a topic, or as part of an artistic identity, is common enough for female artists, more often than not it’s viewed through the lens of braggadocio and power. That this is a typically masculine attribution doesn’t minimize the positive power of women normalizing expressions of desire and agency in popular music. That said, it can become a thematic crutch if not given depth or personality by the artist. HEAUX TALES suffers no accusations of unoriginality, and its unique structure is its greatest strength besides Sullivan’s magnificent voice.

Across eight beautiful tracks the endless emotions and motivations that surround sex take center stage, while accompanying vignettes from friends and family fill in narrative detail. The skits literally give the subjects and inspirations of the album a voice in Sullivan’s work, providing the listener glimpses of people whose emotions she seeks to express on the tracks that follow each. The effect is powerful, and it allows Sullivan to explore different perspectives while retaining her ownership of the music. She absolutely maximizes the spotlight too, delivering consistently excellent vocal performances across all eight tracks. Sullivan’s voice is powerful and smooth, handling a catchy pop tune like “Pick Up Your Feelings” with the same confident ease as a soul-bearing ballad like “Lost One.” The former is preceded by “Antoinette’s Tale,” which is quick to remind men wrapped up in narcissism and their own pleasure that women are every bit as deserving of sexual agency. Sullivan carries this theme forward into the song, which she gives infectious “everything you own in the box to the left” energy, the sort of empowering, living-for-yourself ethos that anyone going through a breakup can look to and be uplifted by. Contrast this with “Rashida’s Tale,” where the speaker explains the pain her indiscretion caused to a person she loved dearly, and the pain of shouldering the consequences of an avoidable, life-altering mistake. The attached track, “Lost One,” is a melancholy stunner, completely opposed to the carefree sensuality of the album’s first half. The mournful, minimal production gives Sullivan plenty of space to emote, and she puts her absolute all into it. The regret and resignation is palpable in her voice, treating Rashida’s final, desperate plea for forgiveness with compelling reverence and care.

Though the musical focus of the album remains squarely, rightfully on Sullivan, her guests are perfectly complementary and individually fantastic. On the smooth “Price Tags,” Anderson .Paak plays the hilarious, exasperated foil to Sullivan’s unrepentant gold-digger so effectively that I found myself imagining Smino doing the same on “Put It Down,” the sort of slow jam he never misses on. Fortunately, HEAUX TALES supplies outstanding performances from two of R&B’s strongest young artists, Ari Lennox and H.E.R. Ari in particular is a revelation in her duet “On It” with Sullivan, especially given hers is the preceding tale. Her astonishment with a former lover’s prowess and the conviction with which she explains the attendant power that gave him is enough to drive the album’s two most sultry tracks. Each guest, each story is carefully chosen, and the sensitivity Sullivan treats each distinct aspect with makes for a transportive experience and one of the most cohesive albums I’ve heard in years. 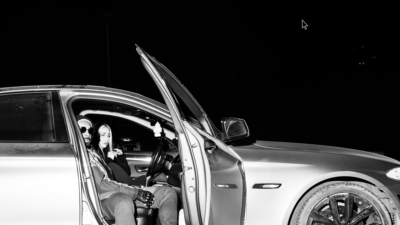