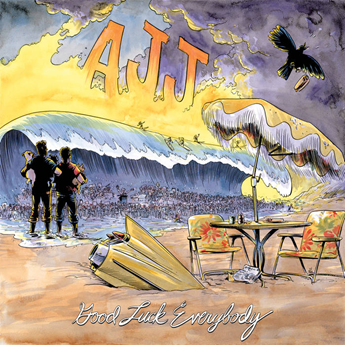 Favorite Tracks: “Your Voice As I Remember It,” “Psychic Warfare,” “Normalization Blues,” “A Big Day for Grimley”

It’s hard to listen to this record without remembering the winter of 2016, when the general feeling in the music press was that while the election of Donald Trump was going to have utterly dire consequences, it was going to theoretically lead to a renaissance of bold and aggressive political messaging in music. The logic, at least as I remember it, was that the Bush presidency had inspired plenty of outcry, specifically from the punk scene, that manifested itself in music and did a lot of heavy lifting towards turning the tide of popular opinion away from Bush’s hawkish pro-war stances. Thusly Trump, who was sure to completely tear away the mask from the id of a greed-driven, religiously fundamentalist, and shamelessly bigoted group of politicians, would inspire even more of that energy. Well, to be honest… that hasn’t been the case, especially in popular music. We don’t have a late-2010s’ equivalent to AMERICAN IDIOT, and we’re not going to get one, because the Trump presidency has been GRUELING. Day in and day out, nothing but nonsense. A president was impeached for only the fourth time in American history, and there has been so much reckless stupidity from the federal government that it feels like it absolutely does not matter.

GOOD LUCK EVERYBODY is probably the purest possible artistic expression of what this last four years has actually felt like. The focus of this record is the experience of being a bystander as the floor of society falls out from beneath you, and the music reflects that, largely ditching the “punk” part of folk punk as Sean Bonnette laments both the shift of consciousness of the last four years and the pointlessness of singing and writing about it. There’s an overwhelming current of grief that flows through this record for lost people, lost sanity, and lost optimism. Occasionally, on songs like “Mega Guillotine 2020” and the flailing rage of “Psychic Warfare,” the tone becomes more rebellious and empowered, and these moments are enough to crack a smile and think “that’s the AJJ I remember.” I don’t know if I like this record (I think I probably do). I don’t think it matters whether I do. I do know it makes me feel seen and heard, though. Because even if not everything on this record is about Trump, directly, the hopelessness that this administration has inspired has its self-tanner-covered fingerprints all over it. On closing track “A Big Day for Grimley,” Bonnette seems to implore the audience to find the thing that helps you to cope with the endless crock of shit that surrounds us. It’s hard to argue with that, and if making a record like this was what AJJ had to do, it feels wrong to really make a judgment either way. So, if wading into that pool of negative feelings is what keeps you strong, check this record out, and if it doesn’t, maybe skip it. Long live AJJ. [Adam Cash] 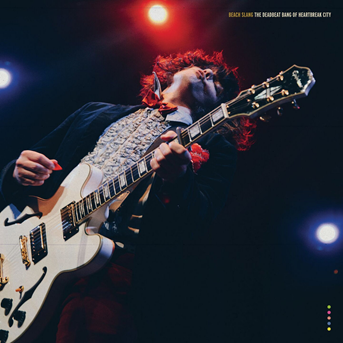 Beach Slang isn’t the first band, and James Alex certainly isn’t the first songwriter, to fall in love with The Replacements. And Hell, it’s hard not to fall in love with them! Paul Westerberg demonstrated a very similar sort of world-weariness to the one that today’s youth is plagued by, and their arc as a band is equally compelling, as one of the last rock bands to experience a ‘70s-style large-stage burnout before the industry turned its primary focus away from those kind of volatile acts.

That said: James Alex is the first of these acts to make one of these albums that forces me to ask myself what the point of its existence is. Its lyrics are vapid, would-be-high-minded ruminations on rock and roll that might have flown 20 years ago (even then, probably not), and the music is pure, relentless, and questionable Westerberg pastiche. “Kicking Over Bottles” literally has a hastily rewritten “Can’t Hardly Wait” horn riff, and mid-album would-be acoustic ballads “Nobody Saw Nothing” and “Nowhere Bus” sound like alien versions of the Westerberg solo records from the early ‘90s. And we’ve heard bands rip other bands off before, to be sure, but what makes this so painful is its apparent stubborn refusal to metastasize the themes of the Replacements’ music. The last thing the Mats would ever do is write a song about nothing. Even the ones that indulged in crass punk rock humor have this electric undercurrent of teenage anxiety that few bands (maybe blink-182 on ENEMA OF THE STATE) have been able to capture in such powerful ways. The band even goes as far as to bring on Tommy Stinson for “Tommy in the 80s” a song about… Tommy Stinson. There is a way to incorporate your heroes into your music as an indie rock band—Johnny Marr joined Modest Mouse for a few years and Isaac Brock didn’t just start doing Morrissey impressions. And yet, at the same time, Stinson’s presence on the track feels invisible, as though they could have recorded it, gotten the legal go-ahead to put his name on it to sell records, and then walked straight to the bank. I don’t really even know what else to say about this other than that THE DEADBEAT BANG OF HEARTBREAK CITY is little more than KillerTracks filler, and absolutely not worth your time in any sense. [Adam Cash] 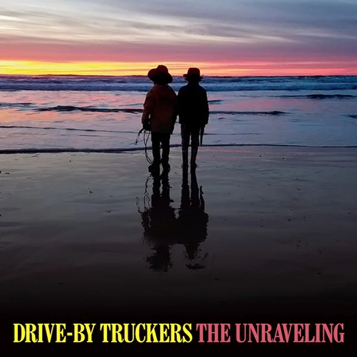 Despite being an avid fan of the band, AMERICAN BAND left me cold. The cover of Drive-By Truckers’ 2016 album was shocking, not because of the striking, half-mast flag, but because it marked the band’s first without a Wes Freed painting illustration ushering you into the music. An opinion I’ve held since it was released was that the stark black-and-white photo was trying too hard, an attempt at reframing the band as more headstrong and politically engaged than the two decades of music that preceded, distancing the album as something bolder. And while the music remained largely the same, there was something tangibly different about AMERICAN BAND; the turn from storytelling to current affairs songwriting feels retrospectively fitting in an era when the truth is constantly at risk of being warped, and yet at the time of release I could never quite reckon with it, well-intentioned but never quite as biting nor as catchy as I’d like. That it was released roughly a month before the election certainly makes it perhaps the last relic of true pre-Trump political songwriting, when such a statement demanded a heavy-handedness to stand out, a detail I’m sure Mike Cooley and Patterson Hood are acutely aware of.

I’m happy to report that both biting and catchy are words I’d assign to THE UNRAVELING, the group’s latest political rock offering and best release since 2011’s GO-GO BOOTS, and even if Cooley and Hood’s songwriting continues to feel decently on-the-nose (you can guess the way lead single “Thoughts and Prayers” plays out without hearing it), I do think there’s something far more instant happening musically that complements the sense of urgency being communicated here. From the jump, “Rosemary with a Bible and a Gun” feels like a classic Drive-By Truckers song, a slow-crawling and oddly cinematic sunrise ballad that waxes romantic about a distant road trip memory, Hood’s voice a deep comfort from the start. “Armageddon’s Back In Town” and “Slow Ride Argument” batten down the hatches with the two best tracks on the record, the latter a speeding-down-the-interstate rocker that ranks among the band’s finest songs ever. Skepticism of American capitalism and consumer culture (“21st Century USA”), drug addiction (“Heroin Again”), and continued heartbreak at the border (“Babies in Cages”) are all tackled in one form or another, many, particularly the mantra “thoughts and prayers,” each becoming running themes throughout the record and recalled with the band’s signature Southern rock sadness and charm. Closer “Awaiting Resurrection” adequately caps an album that is seeking to say so much so quickly, concluding that “Guns and ammunition, babies in a cage / they say nothing can be done / but they tell us how they prayed / in the end, we’re just standin’ watchin’ greatness fade,” slowly serenading whatever American dream might have existed in the world created by Drive-By Truckers. Scant few political albums over the last few years have felt up to the task of communicating whatever needs to be communicated during the Trump era, and even if I’m not confident that THE UNRAVELING is one of those albums, it’s certainly a blessing to hear one of the greatest rock bands put pen to paper and suss out the confusion. [CJ Simonson] 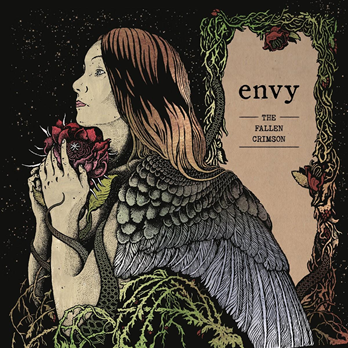 Anyone who’s spent any amount of time browsing heavier musical subgenres has likely stumbled across Envy, who regularly make must-listen lists of screamo bands (yes, the real screamo, not what everyone described The Devil Wears Prada as in middle school). Having held things down in the hardcore-adjacent Tokyo scene for a quarter of a century now, it’s nice to see that their output is still consistently enjoyable, if perhaps a bit been-there-done-that at this point in their career. At its best, THE FALLEN CRIMSON sounds like Deafheaven, albeit their steadily burgeoning softer side. This is a comparison that’s thankfully present more than it’s not, but the fact of the matter remains that we’ve all heard Deafheaven before. In his middle-age, vocalist Tetsuya Fukagawa has (understandably) lost some of the throat-razing intensity present on their earlier, thrashier releases, so the post-rock that took center stage on 2010’s polarizing RECITATION takes a strong foot forward here. Though there are the requisite soaring passages and moments of melancholic clarity that we’ve come to expect from genre melds making use of post-rock, things often feel like following the formula set out by, well, SUNBATHER. The most intriguing element that THE FALLEN CRIMSON has to offer are brief intimations of twinkling guitar work that would have felt comfortable on Mineral’s ONE DAY WHEN WE ARE YOUNG (or a deeper cut such as I Hate Myself’s TEN SONGS, if ya nasty), and seeing Envy put their cards in the latter-day emo basket seems like an intriguing next move for their career. In any case, I’m happy to see them have gotten the act back together after personal fall-outs following their last release in 2015, even if my strongest recommendation of THE FALLEN CRIMSON is “Why not!” [Thomas Seraydarian]