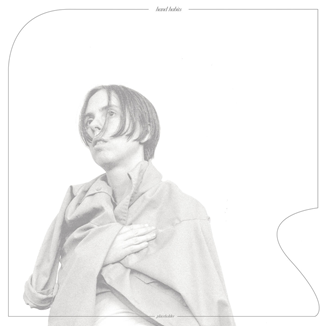 The point of this write-up is obviously not to centralize myself in the place of reviewing this artist’s work. But that being said: I feel left out. I don’t know if I missed a meeting, there was a text I was supposed to respond to, or if maybe my secretary didn’t send me a fax, but I wasn’t a huge fan of Hand Habit’s sophomore release PLACEHOLDER. Don’t misconstrue—it is absolutely integral for more queer people to be making their art, especially non-binary individuals. Hand Habits keeps the mentions of their identity subtle and inherent, which is, of course, entirely valid. The aforementioned notions in tow, PLACEHOLDER itself feels like a twisting and undulating labyrinth, each track taking you deeper and deeper than the last. Unfortunately though, by the end, there isn’t much of anything. There is not a cube of cheese or a minotaur to behead, rather a flick of the lights and an Escape Room attendant telling you your session has ended. In short, the album feels intransferable, as if Hand Habits knows exactly what they’re trying to say, yet it stops with them. What’s most sad, however, is that the lyrics and the feeling behind them are genuine and incredibly poignant. With a lack of enunciation, and vocals that are too soft paired with instrumentals that are too loud, the audience has to wade through mumbling to already find a needle in the haystack. While it’s completely clear that Hand Habits is talented and knows themselves well, for now I’m gonna turn to artists with a similar **cough** The Japanese House **cough** position. [Jesse Herb] 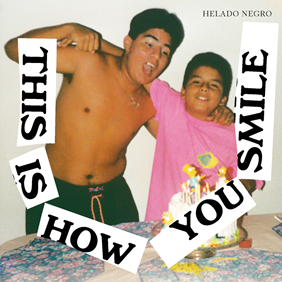 Helado Negro – THIS IS HOW YOU SMILE

A decade since we came to know him via 2009’s AWE OWE, Roberto Carlos Lange has turned in what many are pointing to as the crowning artistic achievement of his career—once THIS IS HOW YOU SMILE runs its course, it’s hard to disagree. Though it pays its respects to the rich and varied legacy of Latin-derived musical genres, bossa nova being the most readily identifiable, THIS IS HOW YOU SMILE more holistically traipses through spacious and psychedelic folk. With the album’s stated framework being an imagined walk between Lange and his older brother through the South Florida town where they spent their formative years, it’s hard not to be swept up in the relaxed, dreamlike nature conjured and maintained throughout, with just a hint of melancholy nipping at the edges. Whether that’s because of nostalgia (“Running”) or more somber reflections on the complicated legacies of immigrants and the struggles they face (“Please Won’t Please”) varies from track-to-track, but Lopes is able to deftly balance equal measures of vulnerability and resilience, a record comfortably beholden to looking back but confident there will always be another step forward. It can be difficult to light upon the vitality of more understated works, but Lopes’ masterfully light touch ensures subtly seismic emotional shifts, leading to a record whose lingering effects are more likely to floor you than their initial presentation (“Todo lo que me falta” stayed with me, personally). I could do without the more precocious baroque extremes of “Imagining What to Do,” but that’s a small complaint on this endlessly affable slice of lazy Sunday dream-folk. [Thomas Seraydarian] 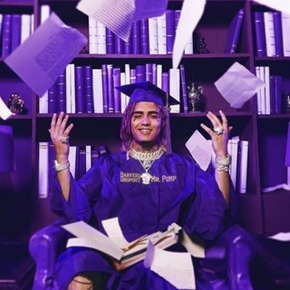 Look folks: You and I both knew that this was coming. In our roundup of last year’s XXL Freshman Class, I rather morosely predicted that by summer 2019, Lil Pump would be but a distant, hazy memory. As it turns out, I was right: it’s not as if we could have done anything to prevent the ever-creeping slog of corporate plateau, but lo and behold, put Pump through the Warner Bros. Records wringer, and you lose everything that once made him interesting. To criticize Lil Pump’s rapping ability or lyricism is a fool’s game: if there’s one thing you can say about him, it’s that he’s never pretended to be anything other than what he is, and what he is has never been a rapper of talent, vision, or drive. But that was the point, and what made 2017’s LIL PUMP such a shocking middle-finger to any sort of semblance of taste or artistic hierarchy when paired with the absolutely paradigm-shifting gnarl of South Florida production presented within. But far removed from the battlefield bass of “D Rose” or the damn-near frightening assault of “Smoke My Dope,” and paired with a laundry list of workman beats that fail to leave any sort of impression, we’re left with an 18-year-old that already sounds tired. The constant recitations of lean, violence, and sexual conquests feel rote and like something we’ve already heard, sometimes literally, since Pump’s preference of repeating the same hook ad infinitum hasn’t changed in the slightest. Apart from some hints of a former flare production-wise on “Too Much Ice” and “Vroom Vroom Vroom,” Pump is unfairly stacked against established and even legacy guests (respect to Lil Wayne’s verse on “Be Like Me”) that more often than not make Pump sound out-of-place on his own album, YG and 2 Chainz literally sounding like two uncles stepping out of the playroom to share a cold one during a family gathering on “Stripper Name.” Apart from Lil Uzi Vert’s star turn on “Multi Millionaire” there’s almost nothing meritable, traditional or otherwise, to light upon over the course of HARVERD DROPOUT, although to be honest, the bizarro, juvenile perversity of “I Love It” is much more palatable when stacked up with the middling dross that surrounds it. It’s not Lil Pump’s fault, and in some regards the fact that someone with so little respect or investment in…anything… has become this commercially viable is admirable. But there’s no chance of Lil Pump developing into anything more than what he’s given us already, so it’s time to set him out to sea to whatever island the disgraced King of the Teens is circling. [Thomas Seraydarian] 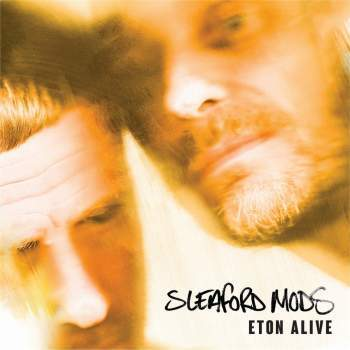 English post-punk outfit Sleaford Mods have been one of the more interesting acts in what has been an incredibly vibrant scene these last five-or-so years, but anyone coming to ETON ALIVE looking for more of the usual will be sorely disappointed. On their newest record they trade in their guitars for synthesizers and take on a very bleak sort of new wave sound, inspired more by Kraftwerk than by Wire. We’ll start with the good stuff: This record has some really interesting and, at times, infectious grooves on it, mostly consisting of simple drum machines and old-school analog synth loops with some bass guitar thrown in here and there. The trademark smash mouth, blue-collar attitude of the band is here and on full display, as frontman Jason Williamson is spitting his witty diatribes onto his songs just as energetically as ever. “Into The Payzone” is a quick and punchy opener with a very cool and dark instrumental, and “Policy Cream” finds Williamson letting a little bit of Bowie creep into his voice over a seedy and sinister bass line. That was how I immediately felt after about the first three songs. After having gone through all 12, though, I unfortunately must report that there really isn’t much else here to talk about. This album is monotone, front-loading its best tracks and causing the last 25-30 minutes of the record to largely slog through inferior re-hashes of what we’ve already heard. At times, like on “Firewall” and “Big Burt,” the vocal tracks and instrumentals don’t adequately mesh, and the whole production comes across as cheap and amateurishly done. The flashes of a cool and unique energy that crop up on the first few songs are tantalizing, but taken as a whole, ETON ALIVE represents something of a failure to expand upon a musical idea enough to justify a full-length project. [Jacob Martin] 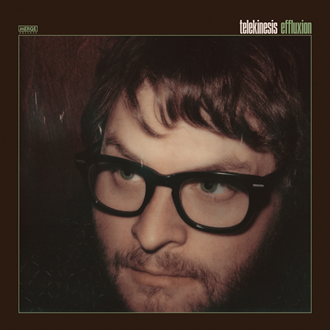 Favorite Tracks: “Running Like a River,” “How Do I Get Rid of Sunlight,” “A Place in the Sun”

10 years after Michael Benjamin Lerner formed Telekinesis and released a stunning self-titled debut on Merge, the promise of Lerner’s would-be Jeff Tweedy power pop is still simmering just underneath the surface of his music. Make no mistake: TELEKINESIS! remains one of the last decade’s great “What If’s,” a star-making album in theory only that should have and could have been bigger had it come just two or three years prior when both Merge and Lerner’s brand of indie rock was at a cultural apex. Light, buoyant, and as slap-happy as ever, EFFLUXION recalls the devil-may-care, feel-good energy of the debut even if it kind of hazily fails to grip the same way its predecessor did. While much of the slickness of 2015’s AD INFINITUM (re: a move away from guitar jangleness and towards bubbling, sci-fi-scoring synths that felt, at times, awkward) is thankfully gone, EFFLUXION never really finds the hooks or melodies to grab ahold with any kind of authority. We see crunchy, quick-hitting radio material come in spurts through tracks like the piano stomp “How Do I Get Rid of Sunlight?” or earworming ripper “A Place in the Sun,” but even in its most agreeable state, EFFLUXION is another release that fails to jump off the tape the way “Coast of Carolina” or “Look to the East” memorably did a decade ago. Instead that promise of simple-yet-aggressive power pop, a mix of sensitive disposition meets emboldened and catchy guitar lines and drum fills, comes to us in a blitzing haze. The lala’ing and piano-centric backbone of “Cut the Quick” reads like latter-day Oasis, and bass-heavy blitz “Set a Course” is reminiscent of the other Gallagher brother-influenced British rock, the kind that made Telekinesis interesting in 2009 by comparison in the first place. By no stretch is EFFLUXION a bad record, but it’s another in a line of grasping attempts to reach the immediacy of the debut. [CJ Simonson]

Jordan Peele Points Fingers at US

BLACK MONDAY, FUTURE MAN, and the Television of White Lines