How do you top a cultural event? While GET OUT’s critical success was to be expected, who could have predicted 2017’s utter seizure by a first-time director borne from sketch comedy dropping a shoestring budget horror film. And that film? A comedic, genre materialization of the United States’ historical acquisition and ownership of the Black American mind. There’s more than enough GET OUT discourse out there, but I’m never not bewildered by its very existence. Merely three months after the 2016 presidential election, American cinema was jump-started with a call to cultural arms, and the people’s elected commanding general was Jordan goddamn Peele, the less famous member of his own comedy duo! To call his rise since “stratospheric” would be a profound understatement. His rise to power brings us to his hugely anticipated feature follow-up, US, a long-awaited, no-holds-barred starring vehicle for Lupita Nyong’o about a family’s summer house invaded by FUNNY GAMES-fueled doppelgangers of themselves. 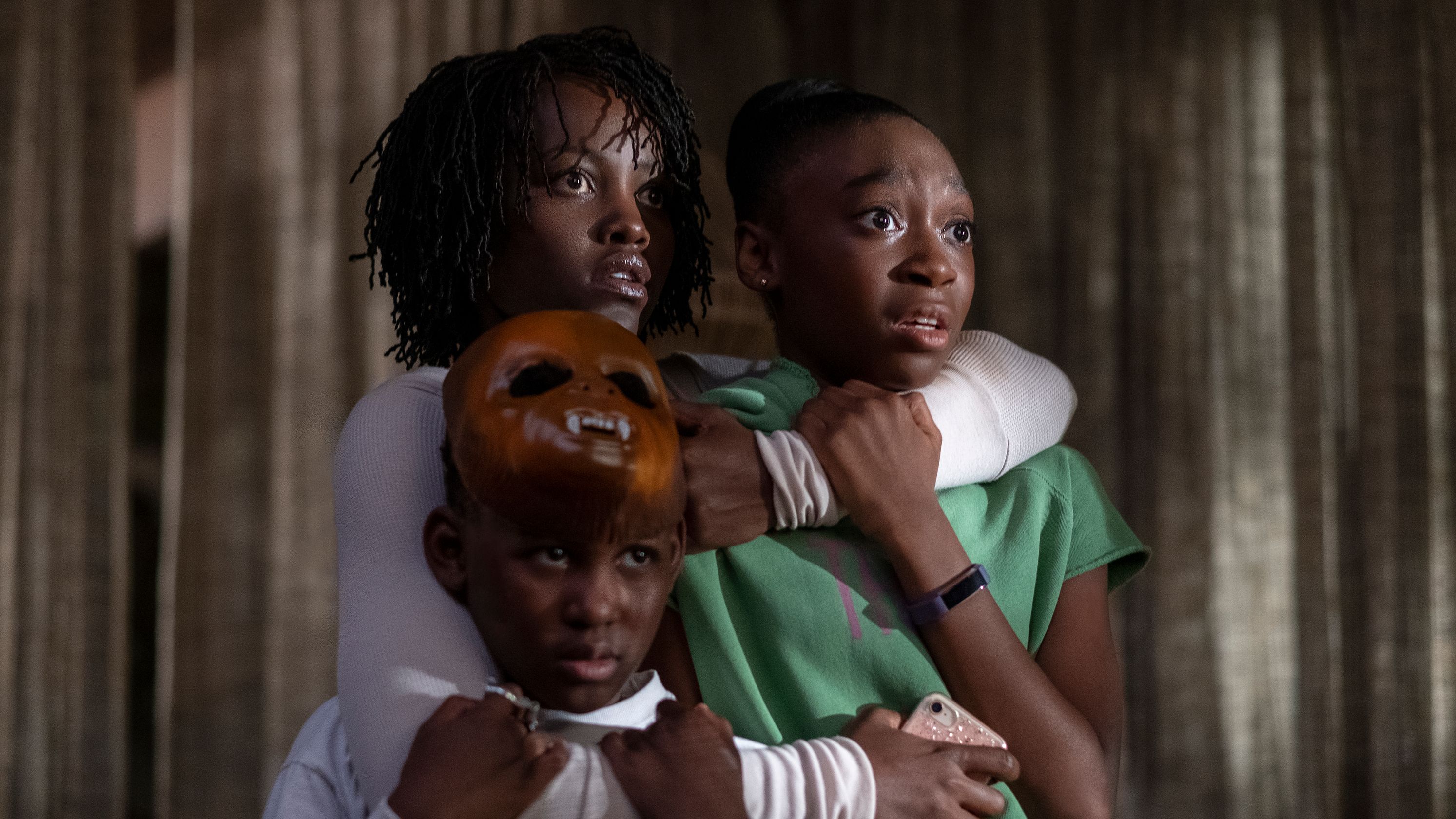 The list of influences is long, but US is Jordan Peele’s reinterpretation of THE FOG, with all the technical prowess of Carpenter—nonstop wide cinematography, even in close-ups, and informative, exciting blocking that utilizes the depth of each frame, not to mention the clever depiction of spaces made familiar to the viewers as siege battlegrounds (God love Mike Gioulakis, on a goddamn roll these past few years)—and Romero’s ingenious manipulation of scope. US begins as a thrilling parable of an affluent African-American family, the Wilsons, fighting their minstrel counterparts, the animalistic caricatures that America designed to compartmentalize and demean people of color, to the death; the seamen of THE FOG that represented a coastal town’s past colonial villainy spawn in US as the rebirth of the country’s original sin, every one of the doppelgangers’ words sputtering out as primal grunts or final words hinging on dying breaths. A well-off Black family was never a function of the original blueprint—the roots of Black pain manifest as red-cloak-donning invaders weaponizing tools of the domestic homestead against free men. The Wilson family, immediately wary of them, calls 911 on the Black family standing in their driveway…  “Black-on-Black crime” is a false, monstrous statistic, an oppressor-created term to antagonize urban communities and indoctrinate Black and Brown citizens into fearing the enemy that is “us.” Jesus, God, yes. This messaging with the gonzo, macabre plot machinations of TALES FROM THE HOOD had me *sweating*, I was so excited with how internally and intricately Peele had worked to make his point, but then the 50-minute mark happened.

And, look, what happens at the 50-minute mark isn’t *bad*, per se, it’s actually kind of rousing, completely switching up the story in a way that doubles as the movie revving its engines, plus it allows the Wilson ensemble to gleefully take turns stealing scenes from one another (Nyong’o will deservedly be showered with acclaim, but Winston Duke and Shahadi Wright Joseph walk away with this whole movie), but it’s also a plot development that high-key tosses water on Peele’s previous blaze of a thesis. In this plot development, US massively broadens its political breadth, turning from an incisive inspection and experimentation of a cultural microcosm and the tenets of African-American horror cinema into likable shlock that kind of, much like the generalized liberal discourse, just says nothing. I should have prepared myself for this: when Lupita’s character, Adelaide, asks her doppelganger who she is, the doppelgangers response that initially hit as damning now just reads as an eye-roll.  Maybe the real “wall” was the friends we failed to make along the way, guys. The boldness of GET OUT, its anger and targeted release of pent-up aggression, is not totally here—this is a guy who’s using very similar sensibilities to stretch a TWILIGHT ZONE episode out past its TV ending. 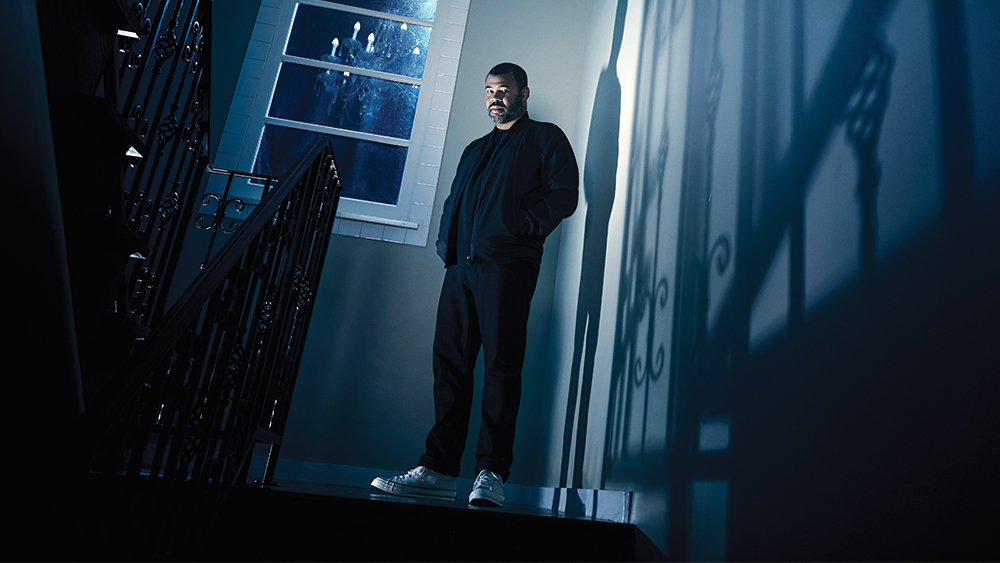 Yet, with this major misgiving, I just can’t get past how intelligently he implements the cores of comedy to remix horror principles: using a DUCK SOUP set-piece as the crux of your film’s frights is out of this world—being able to make a horror-comedy this tense, this finely tuned is nigh unprecedented. I was a hooping and hollering mess at the SXSW premiere, cheering at character deaths and bubbling with excitement at the mere sight of a masterful split-diopter shot (god, what a wonderfully shot film), but this thing has a final four minutes that nearly tank the entire movie. Peele is an obsessive for planting and payoff, and there isn’t a single element in US that isn’t a seed meant for an explosive callback later—it’s Brad Bird-styled narrative, scientifically programmed to strike your pleasure senses. The movie is nothing outside of what he wants to harvest, but Peele’s finale sees him pulling weeds for the crop basket. It’s an ending so misguided, so intrinsically extraneous and useless that it illuminates minor flaws and leaps of logic by hovering a microscope over them. Why US would end on a note that only serves to expound on its own shortcomings is beyond me. It’s also too bad about Moss and Heidecker, two really exciting American actors who are given mid-tier SNL material. US plays as straight horror, as opposed to the wicked satire of GET OUT, yet the broad-as-daylight white characters feel out of whack with the film’s ultimate mission statement. Elizabeth Moss is given short shrift, her major scene a squirmy, character-bio exposition dump for Adelaide, written with the grace of a screenwriting fundamentals midterm. Meanwhile, Tim Heidecker, a legend in every regard, threatens to make a mockery of the whole film’s concept with his mannerisms pulled straight out of another movie. 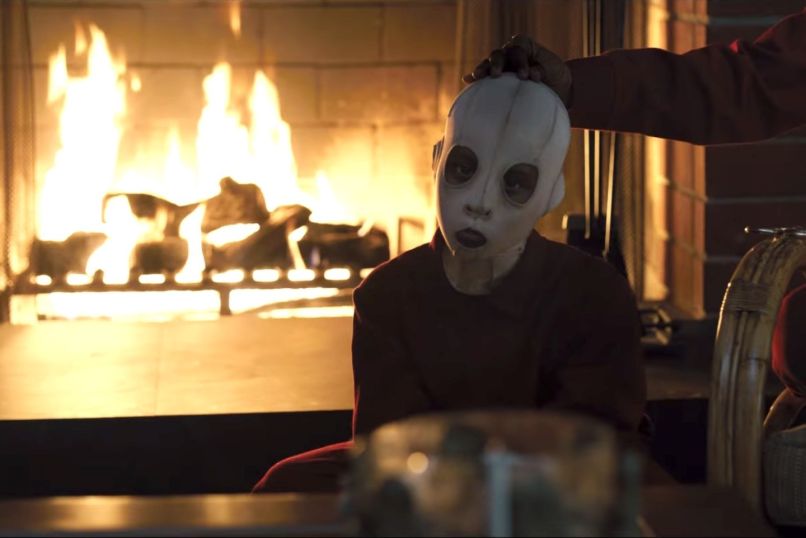 Many an overly ecstatic film fan have jumped to exalt Peele as the new coming of Hitchcock or Kubrick, but maybe the most apt comparison to an established player, one whose ideas also revolve around fumbling about belief structures and delivering diamond-cut pristine auteurist storytelling, is Shyamalan. Similarly, the two claim victim to perhaps going one twist too far. US is an exhilaratingly composed step for Peele as a practitioner of social horror, re-introducing welcome bizarro blood to the mainstream genre stream, but it’s more a sidestep than the one charging forward many may have expected. How do you top a cultural event? Turns out you don’t. Jordan Peele decided to put it on us instead.