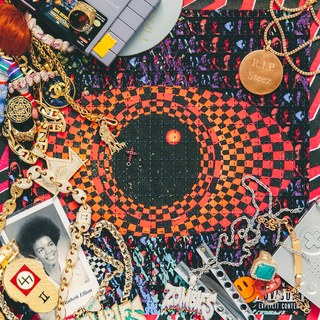 Look—is ESCAPE FROM NEW YORK perfect? No. But consider what an amazing accomplishment the whole thing is, created by unquestionably the decade’s three most important underground New York hip hop collectives: Pro Era, The Unverachievers, and Flatbush Zombies! That the three were able to come together and make a (relatively speaking) cohesive-sounding record is a true testament to A) how strong that scene is right now and B) how far New York has come since the territorial battling of the ‘90s. Certainly there’s a light bit of flexing across this record (“Rubberband” in particular sees boastful one-up’ing) but to their credit, Beast Coast are focused on making a fairly consistent celebration of their successes, which is pleasant! Admittedly this is simply too many verses by too many people to keep straight from a casual listening sense—a dizzying collection of verses, to be sure, even if it’s advertised as such. But ESCAPE FROM NEW YORK isn’t concerned with making sure you know who is popping up where, and Flatbush Zombies’ Erick The Architect and Pro Era’s Powers Pleasant, who each oversee most of the production, lay into that notion by doubling down on the fact that the project is a mindmeld of voices and beats. Like the kind of melting psychedelia these three collective groups have been known to toy with in their individual work, ESCAPE FROM NEW YORK is a scorching trip when the edible kicks in while at a summer rooftop party, exhilarating, blissful, and a bit scary. Flatbush Zombies, in particular Meechy Darko, bring the most amount of intensity, and cuts like “Rubberband” and “Desperado” pop with just a bit more liveliness, but generally this is a vibey once-through listen, a 46-minute posse cut best experienced straight through, for better and worse. Don’t read too terribly much into it and just allow yourself to appreciate how much more fun hip hop was in the 2010s with albums like 3001: A LACED ODDYSEY, B4.DA.$$, and INDIGOISM. [CJ Simonson] 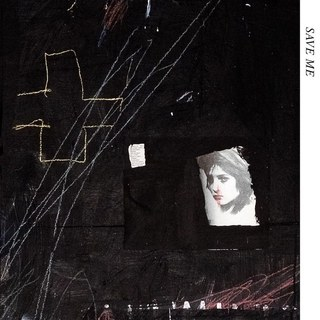 How Future hasn’t been lambasted as the corniest in his generation is a testament to his collective contributions—while any sane human can enjoy the intergalactic trap rapper’s records as bangers from the netherworld, a recent Twitter-bred tabloid angle hangs on his every word as subs directed at ex-fiancé Ciara and her husband, Seahawks quarterback Russell Wilson. Making a Bravo series out of a tortuous child custody dispute is the type of insidious pettiness I would never put past Twitter Dot Com, but as of late, in this case an EP titled SAVE ME, Future embraces the messy divorced-dad ethos with both embittered irony and blithe lack of self-awareness. Opening with the completely inert “XanaX Damage,” a rotten Juice WRLD reference track laced with all the victim-blaming crooning that gets the kids going, and “St. Lucia.,” a messily produced, tired twerk track about fan-fucking escapades, SAVE ME rips out the gate with its weakest tracks; it’s been a few years of Future coasting in neutral, a malaise that only makes the pothole dips that much more destructive. Things start looking up when the skeleton of a SUPER SLIMEY-type beat, “Please Tell Me,” livens up the mood, where single-father Future begs for a shred of genuine affection via material exchange. Please, let him buy you a Rolex to prove this love is real—it’s devastating. “Extra” sounds like a deleted cut from HNDRXX, which isn’t a bad thing, the more of HNDRXX we get the better we eat, but the mix is notably crisper and more luxurious than SAVE ME’s garbled, rough-edged sound. “Shotgun” is rumored to sample a Ciara track, an eye-roll move if true, but it exudes the wailing-in-the-rain pop-R&B of Ray J’s “One Wish,” and when counter-balanced with the masterfully scummy empathy of “Love Thy Enemies,” it makes you wish for a two-track single instead of this half-baked package. Future’s catalogue is rich enough for several Greatest Hits volumes, but I’d be hard pressed to fight for the inclusion or even mere consideration of any single track off SAVE ME. There’s always a dud before the full meal. For every SUPERFLY there’s a BEASTMODE 2, and for every WRLD ON DRUGS there’s a THE WIZRD—feel free to curb stomp me for this, but Future’s greatest asset is the future itself. [Kevin Cookman] 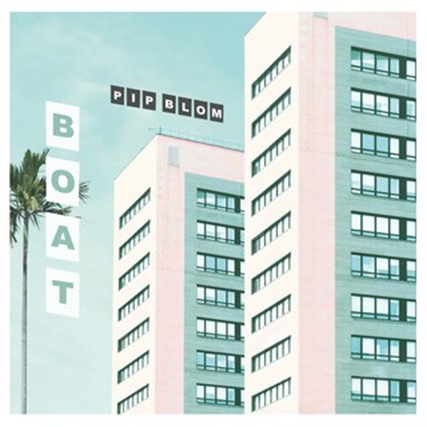 The latest hyped-up ‘90s throwback indie act, Pip Blom, fit firmly into the Weezer mold of guitar-driven, sunny, yet slightly grungy pop, and it’s not surprising that they’ve toured in front of the Breeders, and especially Surfer Blood. Many would assume they come from the California coast—the sleek beachfront hotels and palm tree on the album cover would further attest to that. Yet the group actually hail from Amsterdam, and despite easily traceable musical origins, their debut mostly lives up to the hype with a diverse arsenal of potent textures and seasick rhythms that serve as great hangover music. Their proper debut, BOAT, relies heavily on a simple formula, swiftly moving from plaintive jangling and singular cooing in the verses to angst-ridden, layered shots and revved-up distortion for the hooks. What could be an uneven transition is alleviated by really jittery tones and chipper melodies that keep the tension up to prepare you for the onslaught of noise in the chorus, which is best exemplified on “Don’t Make It Difficult,” “Tired” and “Ruby.” BOAT features a few too-polished moments, especially the sudden popping, spongey beat underlying “Bedhead” or the clean, poorly mixed male vocals on “Set of Stairs” that stuck out as much as Lou Reed’s on Metric’s “Wanderlust,” making it a rather one-note listen overall.

However, there is one major exception: “Tinfoil,” the song that tipped BOAT over into my good graces. The slow, lumbering plucking that anchors the tune and sounds like the creepiest Parquet Courts bass lick, the constant distorted guitar that just strums away in the background, the muffled vocal production, the spikes of static in the second verse, the anguished wailing that the record coasts to a close on; they all create a disorienting effect that is certainly hinted at on the rest of the record but is really brought to the forefront here in a spectacular way. More so than contemporaries like Charly Bliss or Surfer Blood, that underlying uneasiness is what makes BOAT truly special to me. It perfectly transplants the raw energy that has characterized their acclaimed live show while tantalizing you with a song like “Tinfoil” that shows a whole new world of noisy tinkering that the band could further explore. [Blake Michelle] 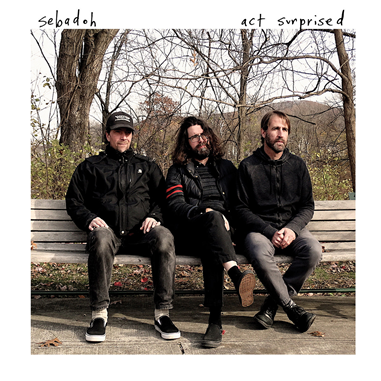 The running joke in our office is that Sebadoh just set out to make a Foo Fighters record with ACT SURPRISED. Now, of course, your mileage may vary with what that means. Me? I like Foo Fighters. I like ‘90s alternative rock, I like “Everlong,” I even like Dave Grohl for some reason. But I also like Sebadoh… I like BAKESALE, I appreciate Barlow as a songwriter, and I even like DEFEND YOURSELF for some reason. Hearing something as blandly conventional as ACT SURPRISED, which can’t help but do anything but, is at least a smidge shocking. The spinning-out ‘90s edges that you remember (and likely loved) on songs like “Soul And Fire,” “Skull,” and “Flame” has mostly disappeared from Barlow’s songwriting. It appears on a highlight like “medicate,” where Barlow’s natural-sounding bedroom howl somehow just correctly fits along with the agressively recorded drums and delightfully Pacific Northwest guitar noodling, but that kind of distinctly specific Sebadoh magic is sparse on ACT SURPRISED. Most of these tracks would do better in the hands of other ‘90s alt-rock survivors: “vacation” tries and fails to capture the overly aggressive weirdness of the Pixies, the franticness and melodic shifts in “celebrate the void” have a Built to Spill quality to them without any of the cockeyed drive, and “stunned,” “battery,” “belief,” and “leap year” would each do better in the hands of any number of Butch Vig-produced acts, Foo Fighters first and foremost. Even opener “phantom” would be a 10/10 Dinosaur Jr. song, but is instead a middling Sebadoh track. The whole project is as free-sounding as Barlow has appeared in a minute, and yet the album is boring and overly straightforward—at least DEFEND YOURSELF, which was straightforward to a fault almost, felt emboldened to be glossy and well-produced in response to their artier discography. ACT SURPRISED would work better had it taken a page from DEFEND YOURSELF, as the ‘90s are over and trying to capture that decade’s rough, lo-fi magic has proven to be a fool’s errand for Sebadoh in the 21st century. [CJ Simonson]

Shut Up, MURDER MYSTERY Is an Effortlessly Affable Action-Comedy