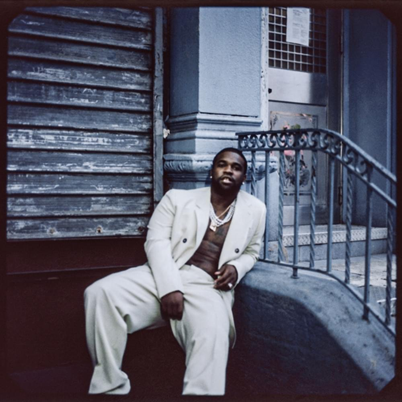 Up until this moment, A$AP Ferg has been caught in between worlds, tip-toeing between being a street rapper from Harlem while trying to crack through the surface of the mainstream of pop culture. All that tap dancing has led to some awesome moments, as he’s put out well-received and popular albums and songs, but it all came to a head when it culminated in his biggest hit to date: “Plain Jane.” A combination of his gruff style and a pop flare (thanks to a nice assist from Nicki Minaj) it must have felt like a momentous weight lifted off his shoulders to finally explode beyond the underground into Top 40 radio.

Free from mainstream pressures, Ferg has released FLOOR SEATS, his most organic record to date. Allowing himself to be fully draped over his “Fergenstein” persona, the project is grimy and bouncy, with shades of early Dipset and G-Unit spread throughout. It’s an album perfect for a hot Bronx day, with kids running through busted-open fire hydrants. These songs have places everywhere, from the gym to the club, but the reality is you probably won’t be hearing any of it on the radio. While these songs might not move the needle for A$AP Ferg, they nonetheless serve as a vibrant interlude for his career, taking everything he’s worked towards thus far, with all the new skills he’s gained throughout, and wrapping it into an album that sounds and feels like a labor of love. FLOOR SEATS concedes going for home runs and is instead focused on getting singles; the consistency is there, but songs like “Wigs” and “Pups” will still create instant vibes 10 years from now.

Speaking of albums sounding like there was pressure surrounding their release, it’s interesting to see this difference in the careers of A$AP Rocky and A$AP Ferg. If you just look at their last two projects, this Ferg record feels effortless, while TESTING had some good songs but ultimately felt like an album that was born into too high of expectations and destined to never reach the highs that it had aspirations of reaching. There’s just too much “clout” surrounding Rocky for him to ever release something resembling FLOOR SEATS, especially with the Sweden incident behind him. Maybe that’s a good thing—when you’re in that stratosphere, you should shoot for the moon. If you come up short that’s fine, just double down and go for it again. Rocky’s next record can just as easily not only meet the expectations, but exceed them, and no one would be surprised. On “Pups,” he sounds as engaged as he has in a long time. [Mohammed Ashton Kader] 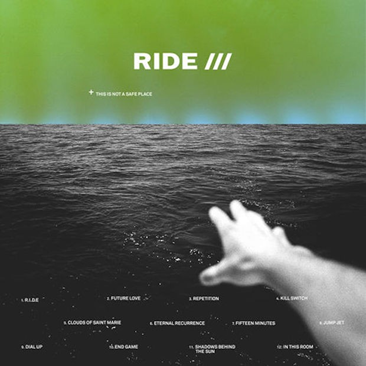 Ride – THIS IS NOT A SAFE PLACE

While the return of both My Bloody Valentine and Slowdive to the musical spotlight after lying inactive for more than a decade delighted me, Ride’s 2017 comeback record WEATHER DIARIES was a drab affair. The other two acts put out definitive statements that felt as though they’d been marinating to perfection during years dormant, and while Ride’s return wasn’t a cash grab, per se, it nonetheless felt like a return without purpose. Too long for its own good and a deeply forgettable return, it was always hard for me to tell if that said more about Ride as a footnote in the overall shoegaze narrative or an actual indictment of WEATHER DIARIES itself. Nonetheless, THIS IS NOT A SAFE PLACE is, in many ways, a more memorable turn, even if its bright spots remain hidden by frankly boring dream rock. “Jump Jet” stands out as one of the more obvious offenders, a good example of shoegaze in technicality alone that drones on without any kind of emotional peaks or valleys for a formless five minutes, closely resembling something The Edge would’ve been creating during U2’s early 2000s heyday but without the pop flair. “Shadows Behind The Sun” works itself into a nice rhythmic slap (even if the actual drum recordings are almost distracting in the mix), but just exists as proof that they’re capable of the musicality rather than passionate about the songwriting. “Dial Up” remains the most confusing track on the record, a theoretical slow burn that flirts with the desert rock of Mojave 3 or Mazzy Star without knowing how to properly utilize pedal steel effectively, emphasizing how much better Ride’s vocalists sound over buzzy distortion than sparse, methodical build ups. But then a track like “Future Love” comes on, a perfect synthesis of the rush that modern synthpop acts like Chain Wallet and Wild Nothing have obsessed over this decade and the snappy British rock from the group’s heyday. And while “Jump Jet” feels like it lingers far too long, it’s almost forgivable given how satisfying the eight minute exploring of “In This Room” feels, a track that incidentally nails the emotional highs and lows while wrapping you with waves of lush, reverberating guitar tones. THIS IS NOT A SAFE SPACE doesn’t justify Ride’s comeback in any way, but if they’re going to insist on sticking around with studio releases, at least we’ve reaped some kind of reward. [CJ Simonson] 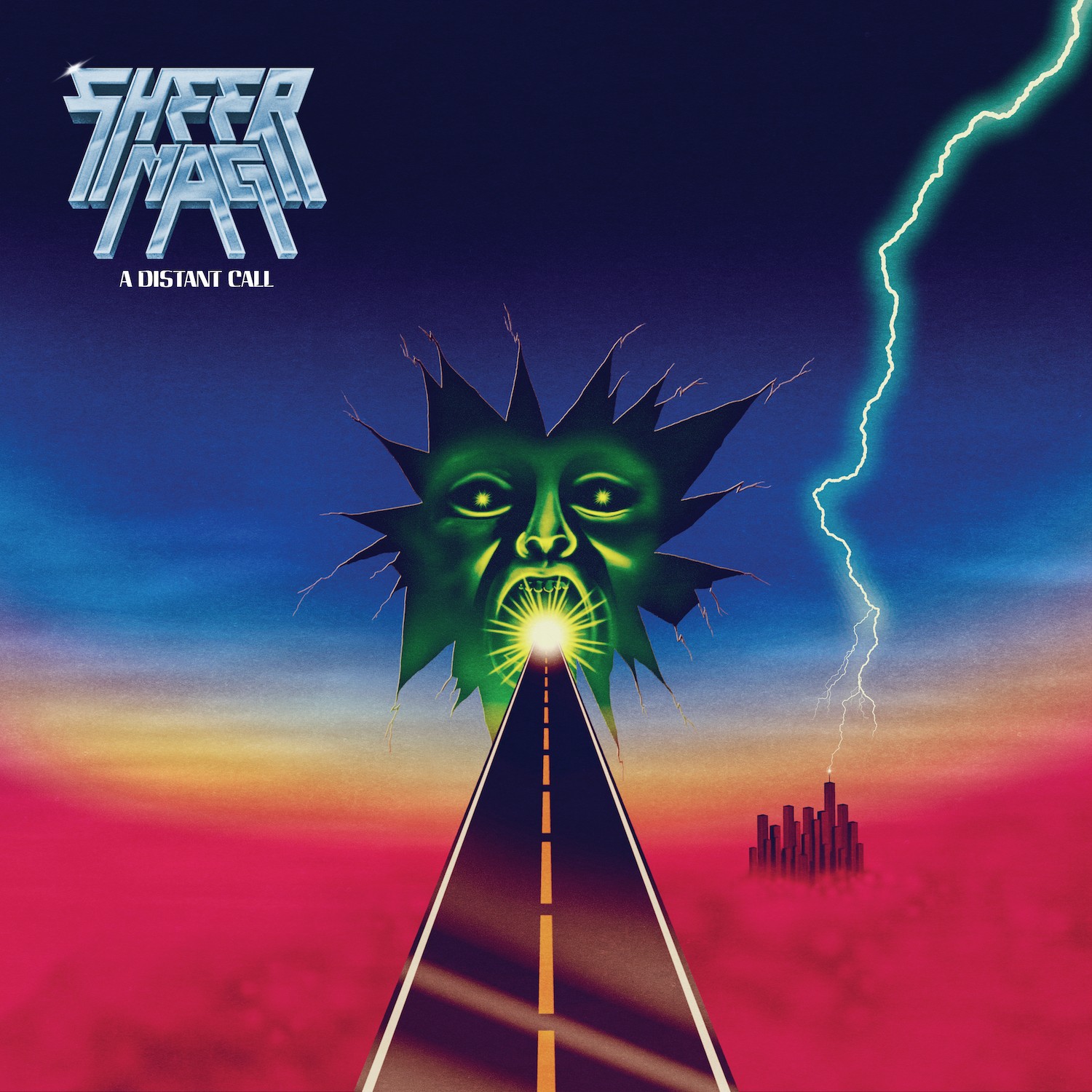 It’s hard to believe it was already four years ago that the hype train around Sheer Mag properly left the station—the deserved buzz from 2015 and 2016 was so prevalent that it feels as if it never let up. A shot in the arm of the interchangeable, indie-adjacent power pop acts that populated the early ‘10s, the rise of which, unsurprisingly, paralleled the increasing popularity of Bandcamp, Sheer Mag’s self-titled string of EPs are as exciting, bold, and brash then as they are now. Now on their second proper full-length, late-‘70s and early-‘80s Sunset Strip cock rock isn’t exactly what I came into A DISTANT CALL expecting to be blaring out the gate, but y’know what? Hell fucking yeah brother. It’s 2019 and everything’s up for reinterpretation. Why not channel Def Leppard and Mötley Crüe but sub out the horniness for a clarion call of revolution. Unfortunately, the explosive intensity that acts as such an initial breath of fresh air eventually ends up plateauing into less distinctly meaty riffs, similar rhythmic composites, and retreaded studio flourishes for a not-insignificant portion of the middle. The three tracks at the center of A DISTANT CALL err more on the side of the morass of genially pleasant but ultimately forgettable vaguely garage-oriented power pop, but the jagged, higher-pitched snarl of Tina Halladay breaks through the doldrums to return to former glory on “Chopping Block,” and the crisp crunch of the riffs on “The Killer” bring me right back to the summer of ‘07 playing GUITAR HERO ENCORE: ROCKS THE 80s until the wee hours. I can’t reliably suggest A DISTANT CALL over their initial run of tapes, and fully committing to the bit could have made this one of the year’s most surprisingly enjoyable oddities, but for what it’s worth it’s something a little different and fun more often than it isn’t. [Thomas Seraydarian]

Jason Hawk Harris Will Be Your Huckleberry

MERRY-GO-ROUNDTABLE Episode 35: Looking for the Truth in True Crime