A lot’s changed in the “brutal RPG” market since NIOH came out back in 2017. For starters, the community’s much broader than it was three years ago, both in scale and in what permutations the tried-and-true format has branched off into. Second, and perhaps more importantly, Grandpappy FromSoft’s prestigious lineage has produced an heir to reap the “Samurai Souls” mantle, planting its stake in the ground and nepotistically becoming the de facto experience in the eyes of many gamers. And while I’m sure the majority of the Souls-like audience agree that SEKIRO’s the more well-rounded of the two, it would be unfair to just decry Team Ninja’s spin on the brand now, especially when it was such a quality outlier at the time.

At its core, the original NIOH was a game that stood from the pack by predicating its identity on two facets: a solid world base that blends Japan’s history and mythology into an over-the-top spectacle and an intricately intimate combat system to rival even FromSoft’s level of refinement. And, to Team Ninja’s credit, the developer’s new prequel-sequel NIOH 2 not only replicates the successful elements that hold fast to our memories of the original, but throws in a few new bells and whistles to make the Sengoku-stylin’ hack-n-slasher feel even more intense, and thus more fun to play. 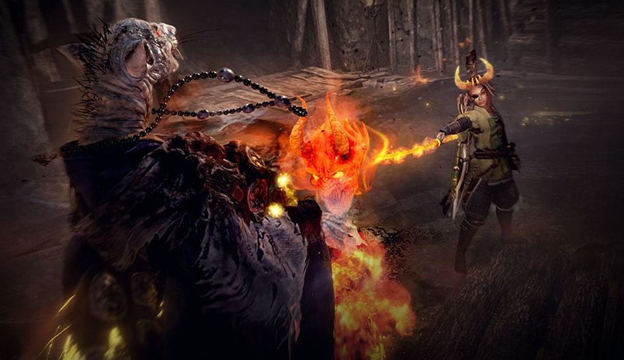 Before touching on the good stuff, though, it’s probably best to acknowledge the “bad” bits first. When I reviewed the original title, I made it a point that the storytelling was by far the weakest link in an otherwise excellent game, with flat characters and disjointed plot alike never really riling up even remote interest outside of weeb-ish name recognition. Since that time, I’ve come around and tempered my standards a bit, accepting that “story” in this brand of Souls-like usually amounts to little more than set dressing for the savage beasts and visceral encounters lying within. It’s not so much a compelling supplement to the action, as much as it is dabs of glue to make the staging gel slightly better.

NIOH 2 leans wholeheartedly into the notion, all but denouncing any kind of FromSoft-ian storytelling convention, and decides to go as basic as possible from the onset. As such, you can basically sum up the entirety of NIOH 2 in a single sentence: “silent custom character runs around 16th Century Japan slaying demons, with a random historical figure occasionally helping out.” And believe it or not, this is probably for the best, especially since NIOH 2’s narrative presentation has not evolved in the slightest since its previous outing: from the chapter system that bucks the genre’s usual interconnectivity associated with worldbuilding, to the cast essentially equating to glorified expositional material (assuming you’re not getting the plot via the PowerPoint they’ve queued up for you). Needless to say, anyone going in to NIOH 2 expecting narrative intrigue or emotional gravitas are coming for the wrong reasons. 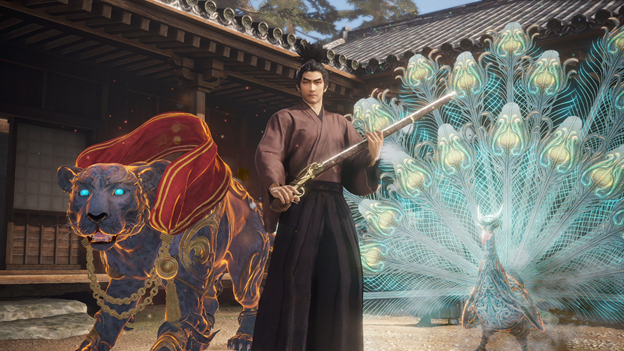 “Don’t you know who I am? I was mentioned in the Chapter Nine loading screen!”

The right reason to invest in the game ultimately comes down to the star of the show, the brutal gameplay. Like its predecessor, NIOH 2 is sadistically difficult, requiring practice, patience, and hair-trigger reaction time to best the armies of yokai waiting to rip you a new one. And indeed, like the first game, it doesn’t matter whether you’re a newcomer or a seasoned veteran of the entire Soulsborne catalog: you will die, hundreds of times, to even the lowest enemies on the totem pole. It’s just a matter of how many times it takes you to attune yourself to the flow of battle (or as we would have said last decade, “git gud”).

From a mechanical standpoint, the best way to describe NIOH 2 is “complex, yet fluid.” Compared to its contemporaries, the conceit of the game is just as much about strategic thinking as it is unrelenting aggression, with elements of the past iteration like ki pulses to recover stamina mid-combo and multiple weapon stances for different types of attacks being your main vehicle for continued survival. And while trying to get a handle on the fundamentals is definitely intimidating at first, especially when considering all the possible minutiae inexorably tied to getting them locked in, you’ll find that they set the stage for one the most satisfying action experiences in the genre, possibly even more than its inspiration. 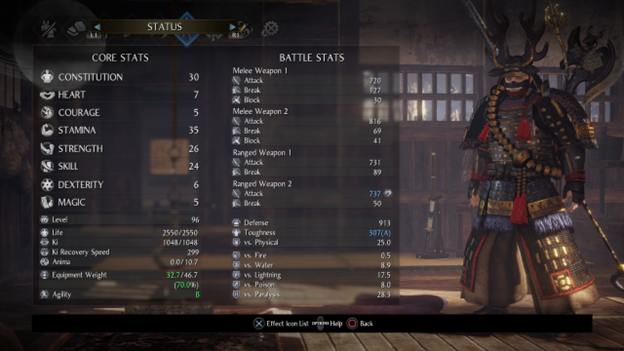 There’s a deep, almost open-ended quality that permeates the gameplay the more time you spend immersed in it. Every potential weapon or skill you acquire, whether it’s the reliable katana or one the new features like Soul Cores and Yokai Shifts, all feel unique in their operation, while managing to flow seamlessly into each other. This in turn makes the combat run exceedingly smooth, regardless of the type of build you set out to build for yourself. In the same vein, the sheer degree of versatility and interweaving ways to tackle situations makes all the encounters in NIOH 2 an exercise in creativity, actively encouraging you to experiment with your character builds, and rewarding you for your ingenuity with even more toys to mess around with. So by the time you manage to clear that room full of deadly yokai that’s been killing you again and again, effortlessly switching between heavy odachi swings and low blows with a hatchet before finishing things off with a swift slash to the jugular, the resulting endorphin rush and smug satisfaction from pulling off that flashy execution will make all the time spent suffering feel worth it.

And to top things off, that rush is only made more rewarding by a marked improvement on the bestiary, especially when it comes to the game’s bosses. For as much flak as I’ve given the series’ storytelling, it is undeniable that the effort Team Ninja puts into making all the enemies in its repertoire both unnerving and engaging to fight with is arguably a feat all its own. So to build off that impressive base and make the selection of deadly yokai not just more diverse in aesthetic and folklore pulls, but far more punishing and unique in their mechanics, is a thing of beauty. It’s one thing to make a duel against a centipede demon or an evil shogun a show-stopping event, but when a game decides to set you up against a sentient castle with giant laser tentacles, I think you can officially say you’ve come across something special. 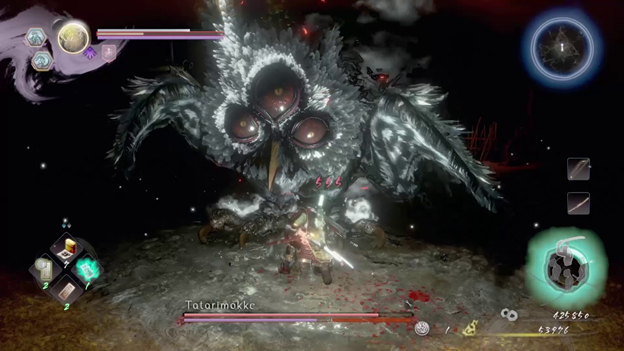 Ultimately, NIOH 2 is one of those games that may not rock the industry or be touted around as “revolutionary” like its progenitor did back in 2017, but is still a solid, refined experience nonetheless. Even in a world where FromSoft’s SEKIRO has seemingly stolen away their crown as the “true” Samurai Souls experience, the unique depth and flavor NIOH 2 brings to the table is more than enough to remind loyal fans and adventurous masochists alike where they can get their next brutal fix.