The first time I listened to Strand of Oaks was with my dad, a Replacements diehard who loves to tell the story of attending their 1987 show at Pine Street Theatre in Portland, OR, a show that is perhaps known as their most unhinged and worst performance, and the only thing that Paul Westerberg ever felt compelled to apologize for. The song was “Radio Kids” off of HARD LOVE, a song whose stylings caused him to light up with recognition and reminded him specifically of Westerberg’s post-Replacements work. Tim Showalter’s records, even if they couldn’t be categorized as punk rock in the strictest sense, invoke an instance of sense memory within any and all “reformed” punks, and in particular appear to take several cues from Westerberg. The Replacements’ music was derived from an anger that came more from existential dissatisfaction and frustration than their more aggressive peers, and the way that evolved over time in their music was a game-changer for many. Showalter’s music often builds from that framework, and is special in the way that it pulls together influences from all over the alternative rock spectrum to create something that is uniquely stirring and familiar. On its face, there’s perhaps more clear grunge and “heartland rock” influence, but one of Showalter’s greatest strengths as a songwriter and performer is his ability to effortlessly leap between different styles to send his message, and if anything, ERASERLAND chooses to commit more to a particular sound more so than any other Strand of Oaks record—his songwriting here is stronger and more cohesive than ever, and while he doesn’t quite lean into the crunchier, punkier roots here as much as he does in the past, it’s still a much more eclectic record than most would have the courage to deliver.

The ERASERLAND experience is kicked off with a big old bang with lead single and opening track “Weird Ways.” That single absolutely blew me away the first time I heard it; it’s hard to imagine a better way to tee off this record, both thematically and musically, than with an open that showcases Showalter’s voice, a gorgeous baritone that is equal parts naturally sonorous, stylized, and gruff, like if Father John Misty smoked more cigarettes. “Weird Ways” brings us to Showalter in a state of both defeat and rebirth, and sure enough, like a phoenix rising from the ashes, the second verse is introduced by a ringing electric guitar and the classic “Born in the USA” reverb-ed out snare drum. The song that follows is magnificent. Several members of My Morning Jacket backed up Showalter for this album, and that really shapes a lot of this song in particular—“Weird Ways” is the MMJ song that I, personally, had always wished for. As terrific as that band’s back catalog is, they didn’t ever really write a true “anthem.” Showalter’s stadium-level ambitions push this song way, way up into the stratosphere, resulting in a magnificent, shoegazey stadium ballad where not a single note, from a fuzzed-out guitar solo to simple but towering vocal harmonies, is wasted.

“Weird Ways” leads into a series of songs that plays like an argument Showalter is having with himself about where to go next with his life, tackling subjects like his career, his personal life, and personal failures. The musical stylings of ERASERLAND range from ‘80s rock to country to solo acoustic folk to jam rock, and the placing of different sounds alongside each other on the album feels deliberate and works well to serve its purpose. Busier, more uptempo tracks like “Hyperspace Blues” and “Moon Landing” are given a sort of frenetic energy by their lyrics, in which Showalter meditates on both his own shortcomings and, particularly on “Moon Landing,” the potential risks that come with achieving success. “Moon Landing” takes a listen or two to truly land, but it’s an interesting rumination on Showalter’s idea of rock stardom and how he has come to see it after his experiences with his music career. The record’s two other singles, “Keys” and “Ruby,” one a love song to Showalter’s wife and the other a treatise on childhood nostalgia, are, in the world of ERASERLAND, beacons of light, memories of what the world is like outside of his career. “Visions,” “Final Fires,” and “Eraserland” are where the internal battle takes place for Showalter—he is overcome with self-doubt and a desire for something easier, but in each song, he reaffirms himself and commits to resilience.

This all leads up to the stunning album closer, “Forever Chords.” There has always been a streak of psychedelia to Showalter’s music, and it’s probably most firmly embraced here, as the song strongly musically resembles the mid-tempo balladry of Pink Floyd, with a pepper of the arena theatrics of a song like Pearl Jam’s “Black” mixed in. What is radical about “Forever Chords” is how it re-appropriates its psych sounds from splendor-inducing to pure emotional catharsis. It’s a song about uncertainty, and the G-to-E minor progression sort of makes it sound like a sad song, but it ultimately feels more like a statement of acceptance. After doubting himself and dwelling for most of ERASERLAND, and after writing a string of hit songs on HEAL and HARD LOVE that invoke nostalgia and clamor for a better, easier time, “Forever Chords” is an acceptance of the past simply being the past—but even if those things are gone now, you’ll always have those two chords you learned as a kid. This song is Strand of Oaks’ best work. I get the same feeling from listening to it as I do watching the conclusion of a compelling TV series, where all of the threads come together and create something larger and more impactful than you could possibly imagine in a limited timespan.

There’s a followup to the story of the Replacements in Portland. That incident was just one of several over 1986 and ‘87 in which the band would go on stage belligerently drunk. Their unapologetic embracing of chaos was certainly a part of their appeal, but the Replacements felt bad enough about their Portland show to release a B-side for their 1989 album DON’T TELL A SOUL addressing the incident and, perhaps more shockingly given their modus operandi at the time, apologizing for it. The band broke up in 1990 after Westerberg released ALL SHOOK DOWN, essentially his own solo album, under their name. He got sober and went off on his own, and, publically, he still seems to embrace most of what the band did. Paul’s version of personal growth didn’t necessarily mean shrinking from the past. It meant changing while embracing it and moving forward from it. ERASERLAND is a tremendous record that is honest and reflective about the highs and lows of life. When musicians struggle through figuring shit out in their music, they tend to dwell on one or the other, while ERASERLAND strikes a satisfying tonal balance between the good times and the bad. And in a world where self-seriousness and the commodification of emotion have become the norm both within indie music and in the world at large, it’s rare for an artist to demonstrate as much honesty and perspective about their own story as Strand of Oaks does. 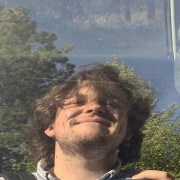 TRAILER TRASHED Episode 22: A Prison of Our Own Design