It’s a big week for us at the TV roundup as many of TV’s upcoming prestige offerings start to roll in—just as we’re getting ready to say goodbye to The Big Daddy Dragon Hour. It’s an all-streaming extravaganza this week, and we had a lot of thoughts! But what else is new? Enjoy our takes on the latest from the wild world of cord-cutters! 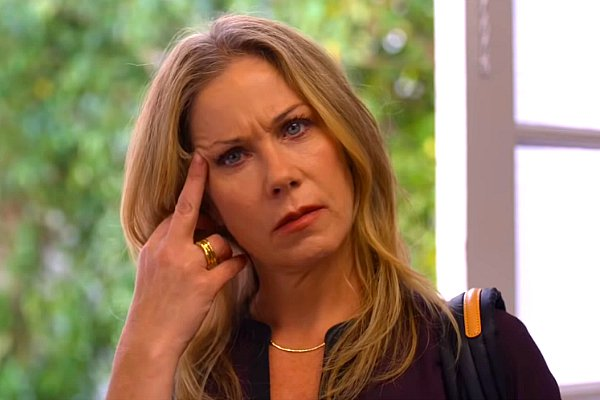 DEAD TO ME (Netflix)

Have you ever started reading a book and knew exactly what the whole story would be just from the first chapter? That’s what it’s like watching DEAD TO ME, Netflix’s newest and (surprisingly) blandest entry into their half-hour drama line-up.

Jen, a single mother of two, is angry and grieving over her late husband’s untimely, accidental death. She joins an oceanside support group, Friends of Heaven, and meets Judy. Right off the bat, Judy feels like she’s trying a little too hard to enmesh herself in Jen’s life. Jen eventually caves and leans on Judy for support, but it’s clear Judy isn’t everything she seems.

Despite an interesting cast, DEAD TO ME fails to be funny or insightful. It’s hard to actually care about the characters because there isn’t much to them. Instead, DEAD chooses to tell a painfully slow social drama/mystery that does little to spice up a crowded genre. I may continue to watch this as background noise, but after the first episode, this series is pretty DEAD TO ME.  [Tracy Nicoletti] 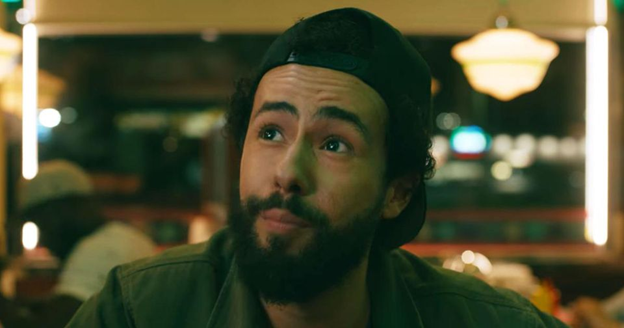 Following on the quarter-life-saga heels of THE BISEXUAL, with RAMY, Hulu is firmly planting a flag in the ground that it’s a home for familiar stories told through new lenses. On its surface, much about RAMY is unremarkable: the 26-year-old titular character, Ramy Youseff, navigates dating, family drama, and career goals in New York City. It’s Ramy’s background as an Egyptian-American millennial that catapults the show from being quietly delightful to incredibly groundbreaking. In a world where Muslim characters have notoriously been sidelined or cast as offensive terrorist stereotypes (i.e. 24, BODYGUARD, etc), it’s refreshing to see a Muslim family functioning as just that—a family.

In addition to showcasing new voices, RAMY also puts forth one of the most complex and conflicted characters on television right now. Early in the episode, Ramy is forced to have a hard conversation with his non-Muslim girlfriend when he’s caught inspecting the condom they just used for holes for fear of them getting into a situation where they’d have to talk about having an abortion. “You’re Muslim, I thought, in the way that I’m Jewish,” she says, “Like it’s a cultural thing. I didn’t know you were Muslim-Muslim.” Ramy tells her that while he believes women should have the right to choose, he’s also Muslim and never wants them to have to be put in that position. This push-pull conflict is a common one throughout the series as the 20-something grapples with his own faith while also being forced to explain that faith to others—justifying how he doesn’t drink or do drugs, but he does have premarital sex.

While the situations are distinct and authentic, the feelings they conjure up are completely universal. Particularly, the battle of figuring out who you are amongst both societal and traditional pressures. What makes Ramy great, however, is not simply the themes that it tackles, but the humor that it brings. The cast’s wit, delivery, and timing make this show not simply admirable, but incredibly funny as well. Among the collection of millenial comedies (INSECURE, GIRLS, SHRILL, THE BISEXUAL, etc), Ramy stands out and holds its own. [Anna Thorup] 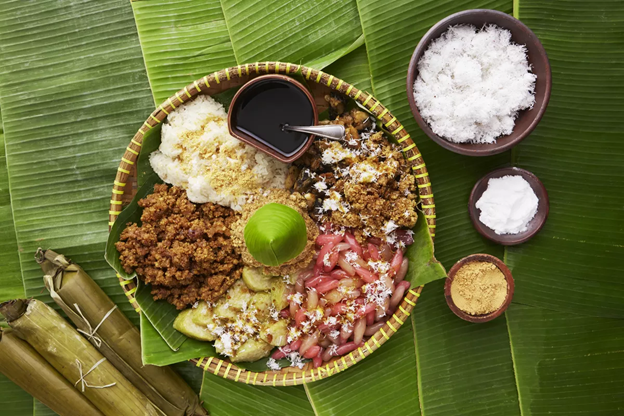 Focusing entirely on the street food offerings of Asia, STREET FOOD is your favorite Munchies video on steroids, indulging in Netflix’s deep pockets for high production value and showing more documentarian panache than you’d necessarily expect. For as much as STREET FOOD is about… well, the food, this series focuses on the unsung individuals that tirelessly and often thanklessly strive to meet the needs of the working class, whether someone stopping by a late-night food cart looking to briefly lose themselves in the taste or aroma of a childhood long lost or a standard salaryman looking for a filling, practical lunch before heading back into the scrum. To be honest? I think the late-game reveal that some of the highlighted establishments are Michelin-starred is a little cheap; my heart is much more ready to go out to people like Toyo, the star-turn chef of Episode Two, who puts his all into an entirely unique dining experience simply because life is too short to not try to leave those around you with a smile, regardless of reification by the “establishment.”

Now, is there perhaps a slight ethical conundrum that one of the West’s most culturally pervasive and dominant media outlets is profiting off of the stories of those that had to work day in and day out in post-war and post-colonial scenarios to make ends meet with no indication they would eventually head a culinary institution “worth” a spotlight on by the same? Perhaps, but I still choose to believe that when STREET FOOD decides to focus on the nondescript, the marquee-less, and the lost-in-the-scuffle, there’s something uplifting and pure about how food can be so much more than a multi-course, triple-to-quadruple-digit show of ostentation. Food is comfort. Food is love. Food is beauty. And the people who make it, if they put their heart and soul on the line, are no less beautiful. [Thomas Seraydarian] 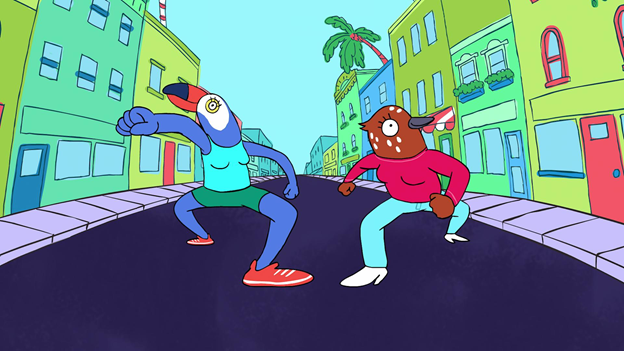 Fans of me (Hi, Mom!) will know that I love me a BOJACK HORSEMAN. It is my favorite show—animated or otherwise, of all time, period. I’ve been hyped forever for TUCA AND BERTIE—an original series from Lisa Hanawalt, who designed the look of BOJACK. And dear reader, I am so happy to say, this show fuggin ruuuuuules.

TUCA AND BERTIE is an unabashadley feminist and intersectional out-of-body experience, a full-on Chuck Jones shotgun blast to the face, an opus that cites influences from the earliest days of hand-drawn animation all the way up to modern webcomics. It’s been a long time since I’ve watched a show that felt so rich out of the gate. The world is bright and intense, packed with blink-and-you’ll-miss-it gags worth pausing and rewinding for. You’ll immediately fall in love with manic Tuca, sensible Bertie, and gold-hearted Speckle—and while I can boil them down to archetypes for the purposes of this blurb, they all come with their own baggage and dimensions. The music just rules; I’ve been dancing around my apartment to the title theme marimba all weekend long. The animation is some of the best I’ve seen in a Netflix animated series. I could watch Tuca move around all day long, her enormous beak whirling around her head a la Mickey Mouse’s “magically always facing the camera” ears.

I could go on literally forever about all the things I like about this series—so I’ll just close on this. TUCA AND BERTIE is an incredible achievement for women in animation, and I’m so happy to see Hanawalt’s visionary creative sensibility put on full display. She and her team (consisting of many familiar faces from BOJACK) have put this amazing world out for all of us to enjoy, and I’m so, so happy it exists. It made me laugh, it made me feel seen, and—despite going to some dark places—it didn’t leave me in a depression so consuming I had to stare at myself in the mirror for half an hour contemplating my personal shortcomings and mistakes! Yay TV! [Kate Brogden]

MERRY-GO-ROUNDTABLE Episode 21: The Legacy of League of Legends 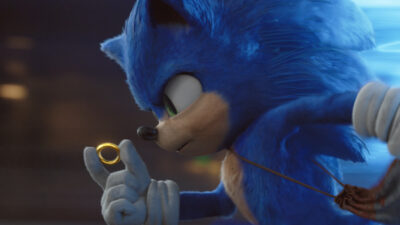