“The second you just change the language to ‘mixtape,’ nobody cares”

This tongue-in-cheek comment, delivered by one of Joy Orbison’s family members in one of the many voice memos woven throughout STILL SLIPPING VOL. 1, is a laugh line the first time you hear it, but it does bear some kernel of truth. In an era where the lines between different music release formats like EP and LP have never been blurrier, there’s still inherently an implication of lower stakes to the term “mixtape,” especially compared to “album.” Since websites like Datpiff, and the concept of downloading music in general, have fallen out of favor in the streaming era, the idea of mixtapes being free to anyone with an internet connection loses its novelty when all new music is expected to be “free” (tacked on to the monthly cost we pay to Spotify or Apple). Despite this, 2021 has seen a small resurgence in artists seeking to reclaim the mixtape, not only as language used to describe how the music is being distributed, but also the mixtape as a particular style and creative ethos. The much-more-high-profile example of this is Tyler, the Creator, whose seventh album, CALL ME IF YOU GET LOST, was essentially a love letter to the DJ Drama rap mixtape, complete with frequent adlibs and over-the-top introductions from Drama himself.

At the same time Tyler was working on his personal ode to the mixtape, Joy Orbison was crafting one of his own. Only unlike Tyler, this was his first longform project of any kind. In the Instagram caption where Joy Orbison announced STILL SLIPPING VOL. 1, the producer born Peter O’Grady admits “I’d never really wanted to make an album, but the way I’ve been making and listening to music has changed a lot over the last few years and it doesn’t always make sense on a single or EP. I also had this realization that I wish my records were better suited to soundtracking people’s bus journeys, but so far I’ve only really given you enough music to get halfway up Walworth Road.”  I really love this quote, because for most artists the decision to make the big step up from EPs and singles to releasing your first full-length project is usually all about the artist themself making their triumphant debut and showing off. Joy Orbison is clearly only interested in how the change in format will be experienced by listeners.

This human-centered ethos, thinking primarily about how the music will exist in the fabric of people’s lives rather than solely as a product to sell them, runs throughout Joy Orbison’s music, but is especially evident on STILL SLIPPING VOL. 1. In that same Instagram caption, he says that he “made a point of making this record feel really human, light-hearted, and humorous in places, too, so that the weirder bits of the record don’t seem too wanky or self-indulgent,” and the voice memos from his family members (which he says were pretty much his only communication with them during the lockdown) do a lot of the heavy lifting in giving these idiosyncratic dance tracks an emotional touch. This idea isn’t groundbreaking per se: electronic producers sample spoken dialogue all the time as a way to add a human element to otherwise alien landscapes. In fact, STILL SLIPPING VOL 1 isn’t even the only album to do something like this since the pandemic (see also: ACTUAL LIFE by Fred Again), but the way this project utilizes these messages sent from family and friends ends up amounting to something much more than just a cheap trick to add a little sentimentality.

It helps a lot that O’Grady’s family comes across as incredibly charming and funny, leaving him hilarious voice memos about “having a couple pornstar martinis” and making weed cookies, in addition to more heartfelt messages lamenting the boredom and loneliness of lockdown or letting him know that they heard one of his songs on the radio and were thinking of him. Often being cut off for comedic effect or trailing off into the distance as new songs begin, these snippets give you a passing glimpse into the lives of the extended O’Grady family without ever feeling too invasive or didactic. He credits his cousin Leighann (who is pictured smoking on the cover of STILL SLIPPING VOL. 1) and his uncle Ray Keith, a veteran DJ himself, with getting him into jungle, DnB, and UK Garage, so it’s only fitting that these family and friends appear on this record to fully connect Joy Orbison’s current music with his familial and musical roots.

The light touch and playfulness demonstrated through the voice notes runs throughout the music of STILL SLIPPING VOL.1. It shows off Joy Orbison’s virtuosic chops while also feeling more relaxed and free-spirited than any of his previous releases. Nearly every track on the mixtape takes on a different micro genre of electronic music, from the silky smooth deep house RnB jam “better,” to the booming, hip hop-inspired bass rattle of tracks like “bernard?,” and of course updated spins on the classic UK garage sound like “swag w/kav.” This record constantly reminds me of other beloved producers without sounding like it’s lazily copying someone else’s work—“sparko” sounds like the Joy Orbison spin on a DJ Python reggaeton groove, “‘rraine” evokes the ghostly cloud rap beats of Clams Casino. He’s always creating something completely new and exciting out of familiar influences. STILL SLIPPING VOL. 1 never lingers on one idea or style for too long before seamlessly transitioning to the next, and even in the album’s headiest, strangest moments (like “glorious amateurs”), he never spends too much time navel-gazing or experimenting for experiment’s sake.

Joy Orbison’s career arc in dance music generally is an unusual one to say the least; most producers in the club music world would be willing to saw off one of their own limbs just to have a song as buzzed about and impactful as his debut 2009 single “Hyph Mngo.” Yet from the moment of its release, the song has seemingly been an albatross around his neck. Speaking candidly about this period in an interview with the Quietus in 2018, the massive hype around Joy Orbison’s new take on the classic UK Garage sound made him “think very carefully about where I’d play and what I’d release,” as he began to worry about being pigeonholed into what he saw as a very restrictive set of expectations. Coming from a multi-genre background that included looking up to artists who “came at things from a more punk-y perspective,” he quickly felt disconnected from the increasingly commercialized dance music scene growing around him that he believed was going to box Joy Orbison into a much narrower lane than what he had envisioned when he began making music.

As a result, many of the most beloved and sought after Joy Orbison tunes that dominated UK dancefloors for the first half of the 2010s went unreleased, as if anything that was too infectious or danceable had to stay in the vault for fear of how it would further accelerate the hype cycle out of his control. You could put out an official EP tomorrow entirely composed of these unreleased Joy Orbison tracks from a decade ago, like the cooing vocals and hypnotizing tech house groove of “Ladywell” or the electro shuffle and drug-themed vocal samples of “Sicko Cell”, and that EP would sound more forward-thinking and exciting than most new dance music released today. This is both a testament to the innovation and creativity of his work, and an indictment of the relative lack of ingenuity of many of his contemporaries. And yet these records mostly remained lost artifacts in their CDQ form, pined over in YouTube comments with fans reminiscing about hearing them in UK clubs like they were talking about Woodstock and the ‘60s.

The seeming fear of one’s own success embodied by these unreleased bangers reminds me a lot of Radiohead’s long saga with unreleased fan favorite songs like “Lift,” which always got a huge positive reaction when the band played it live, but was never officially released for over 20 years. While most artists would have included “Lift” on the album solely because of its popularity among die-hard fans, Radiohead didn’t release it specifically because they knew how popular it would be if they released it, especially considering how much it sounded like other Britpop bands of the era that Radiohead were clearly not eager to be lumped together with.

Joy Orbison for years was plagued with a similar kind of self-inflicted stasis, not wanting to be lumped in with mind-numbingly uninspired EDM copycats, but longing to return to the simple joy of first falling in love with the genre, and STILL SLIPPING VOL. 1 represents him learning to let go of that Thom Yorke-ian self-seriousness and have fun again. The fact that O’Grady seemingly spent most of the last decade trying to run away from the hype of his first single is what makes this mixtape so triumphant: it not only pays off the long-awaited promise that comes with having your first single be such a huge, Earth-shaking success, while also proving he was right to wait until he could do it on his own terms. Unlike his more avant garde, left-field projects like TOSSPORTAL or the 81B EP, which at times felt like they were bending over backwards to avoid any comparisons to “Hyph Mngo,” STILL SLIPPING VOL. 1 isn’t afraid to appeal to the crowd and play to his strengths, perfectly balancing the exuberance of his early dance cuts with his more experimental tendencies.

This is also Joy Orbison’s most tender and emotional project, not just in the themes of family and community it draws on with the samples, but also in its wistful melodies and vocal performances. Moments like the one-two punch of “layer 6” and “in drink” clearly draw on influences from up-tempo, higher energy club music, but nothing about these tracks feels made to soundtrack peak hours at a techno club. “in drink” is delicate, intimate, and gentle, sounding like a hazy sketch of an Axel Boman track, and “layer 6”  features a forlorn, Auto-Tuned vocal sample and one of the saddest little descending synth melodies you’ve ever heard.

STILL SLIPPING VOL.1 is ultimately the return of UK dance music’s prodigal son, but what makes it work is the fact that this record is not a self-aggrandizing monument to Joy Orbison and his ego. He is eager to share the spotlight with his friends, other artists, his family, and even you the listener, inviting you into his world and guiding you through the sounds and people that inspired him. O’Grady is no longer trying too hard to prove that this is “intelligent” dance music, having let go of some of his pretensions while still trying to push the envelope, just letting this music speak for itself. As much as I am impressed with the impeccable pacing, the excellent sound design, and the diversity of styles and approaches to dance music he pulls off effortlessly, what really sticks with me is the humanism at the heart of every detail of this project, the real people in Peter’s life who were instrumental in making this record possible. If this is what we get out of Joy Orbison mixtapes, I hope he never puts out a “proper” debut album. It’s clear this is the format that suits him. 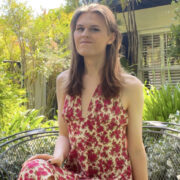